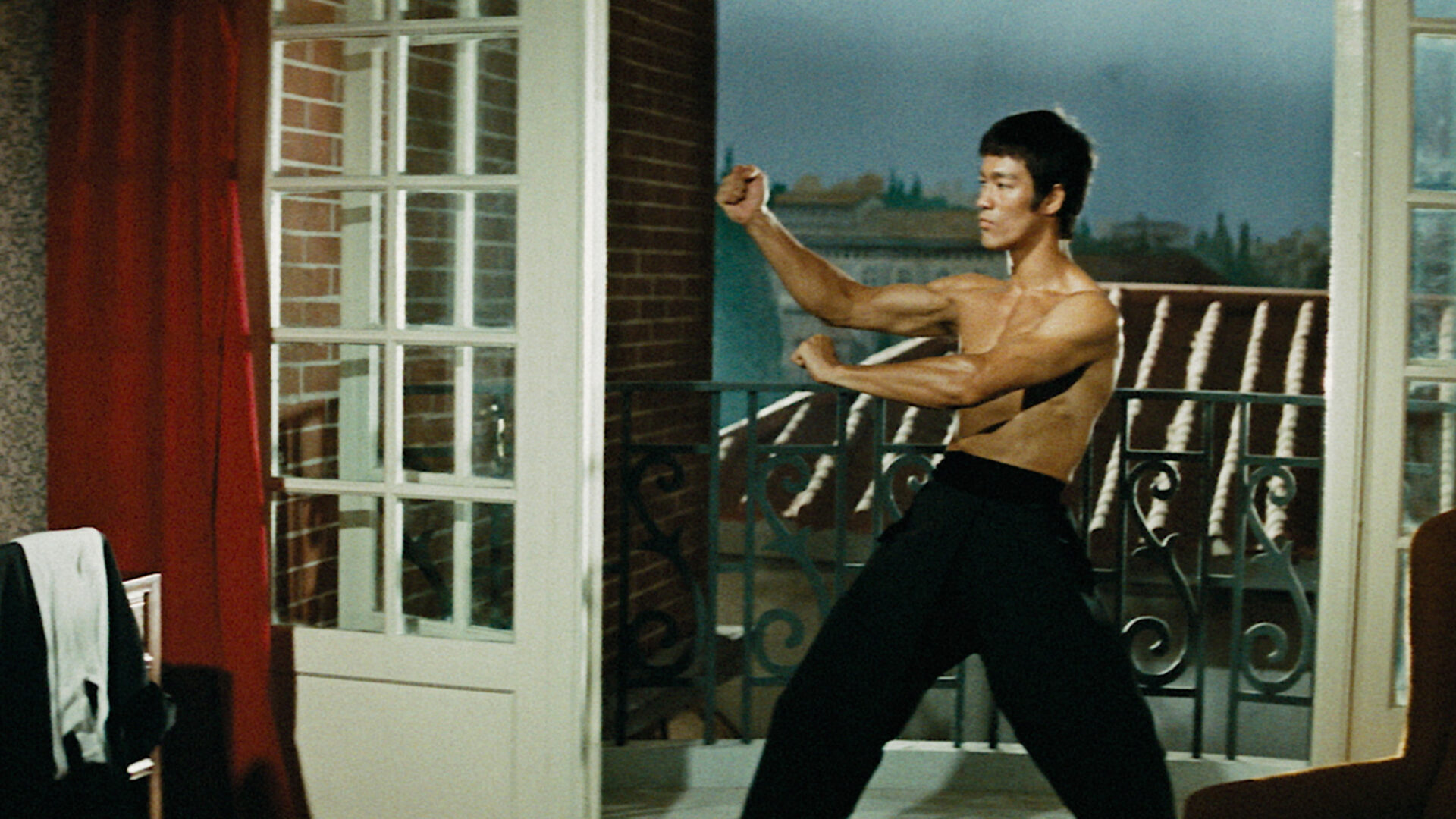 “Lee’s real masterpiece [is] probably The Way Of The Dragon, the only movie where he ever had full creative control.”

Martial-arts megastar Bruce Lee lands as many goofy gags as he does body blows in The Way of the Dragon, his only quadruple-threat film as writer, director, producer, and star. A worldwide box-office smash that broke records in its native Hong Kong, the action-comedy hit has Lee as Tang Lung, a disciplined kung-fu expert from the New Territories who travels to Rome to help a family restaurant rid itself of a crime syndicate muscling business away. Nora Miao (a regular opposite Lee and, later, Jackie Chan) is the restaurant’s fed-up owner, whose doubts about Tang are allayed once she witnesses his fists, feet, and nunchucks of fury firsthand. ​“Seven-time U.S. and world karate champion” Chuck Norris (as he’s billed in the opening credits) plays Tang’s final show-down opponent; their epic brawl in the Roman Coliseum is legendary, as is the no-mercy strike that removes a tuft of hair from Norris’s chest! The film’s playful seesawing between silliness and sensational street fighting would set the template for countless martial-arts movies to come.