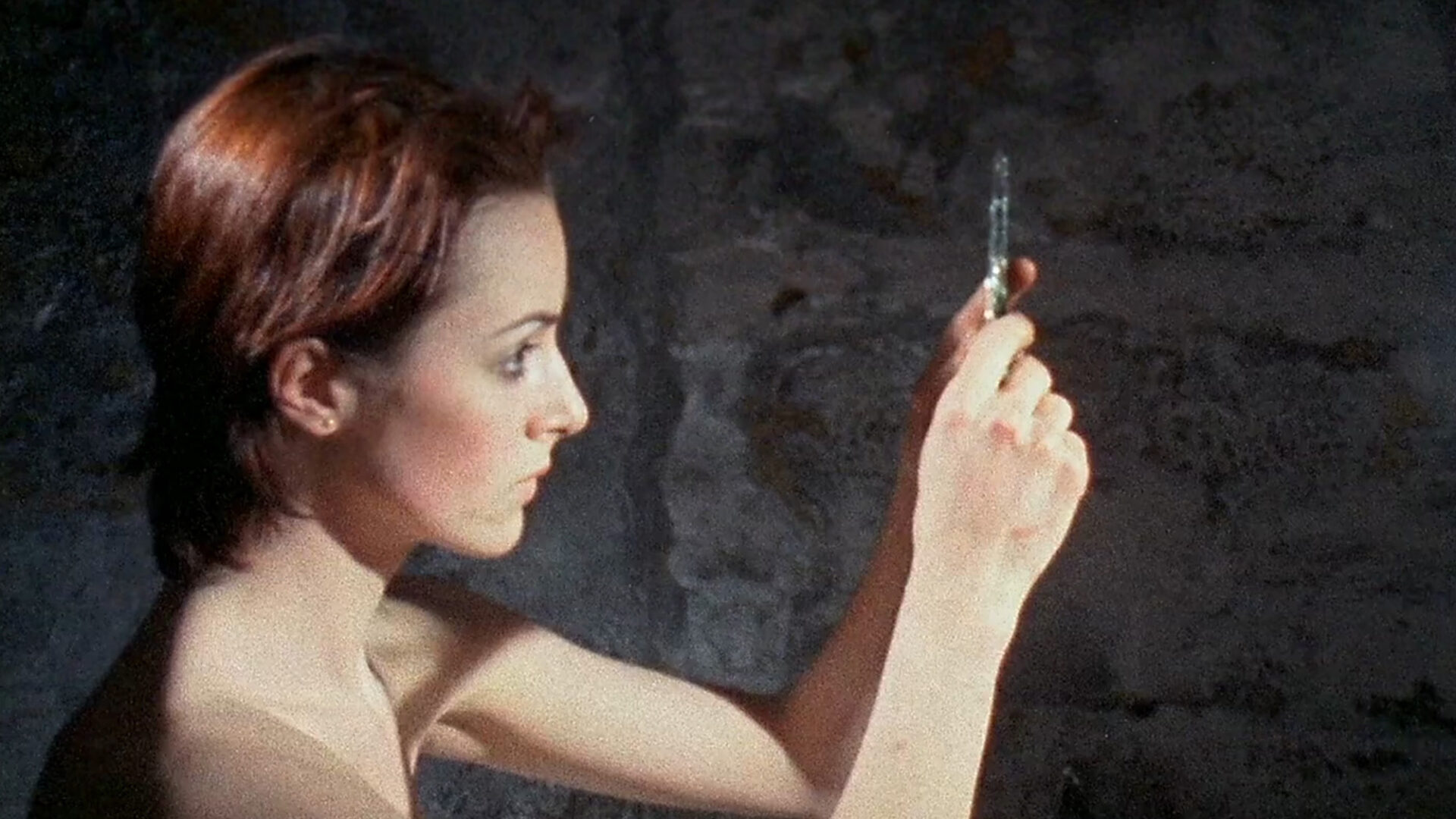 “The most beautiful and terrible film — sublime visually — beyond all experience, beyond all hope.”

In 1970, artist Penny Slinger joined the radical feminist theatre troupe Holocaust, led by Welsh playwright and actress Jane Arden. Their debut production, A New Communion for Freaks, Prophets and Witches (1971), became the basis for Arden’s controversial 1972 film The Other Side of Underneath, a transgressive avant-garde opus that had Slinger in the dual role of performer and co-art director. The only British feature of the decade solo-directed by a woman, Arden’s film mobilized a collaborative, anarchist spirit to investigate female trauma and mental health from the perspective of the contemporary anti-psychiatry movement. Its unnamed protagonist, institutionalized and labelled ​“schizophrenic” at the film’s outset, steers us through a series of surreal, often disquieting tableaux that teem with sacrilegious symbolism, graphic sexuality, and violent protest against patriarchal oppression. The film’s anger and unwavering artistic resolve made it a cause célèbre when it premiered at the 1972 London Film Festival, but it left deep wounds on the members of the troupe. Following Arden’s suicide in 1982, the film went virtually unseen until its restoration and reissue in 2009 by the British Film Institute. A profoundly difficult work that is as rewarding as it is challenging, The Other Side of Underneath is now rightly hailed as a feminist call to arms.

“A descent into what is called ​‘madness’ or ​‘schizophrenia’ demands a radical break from cinematic conventions and Jane Arden has achieved a major breakthrough. The movie follows the death and rebirth of a human being in terms which echo the world of R.D. Laing and David Cooper. At the same time it promises a rebirth of the cinema. It is a terrifying, haunting, and enriching experience.” David Will, Co-Director of the Edinburgh Film Festival, 1972

“A boldly feminist film in its engagement with, and rejection of, the contemporary place of women in British society.” Chelsea Phillips-Carr, cléo

To stream this film:
Click on the ​“Stream” button above.
This will take you to Eventbrite, where you can register to watch the film.
Purchase a virtual ticket for $10 CAD.
If you are having technical issues with the stream, please email office@​fillip.​ca
This film is only available to watch in North America.