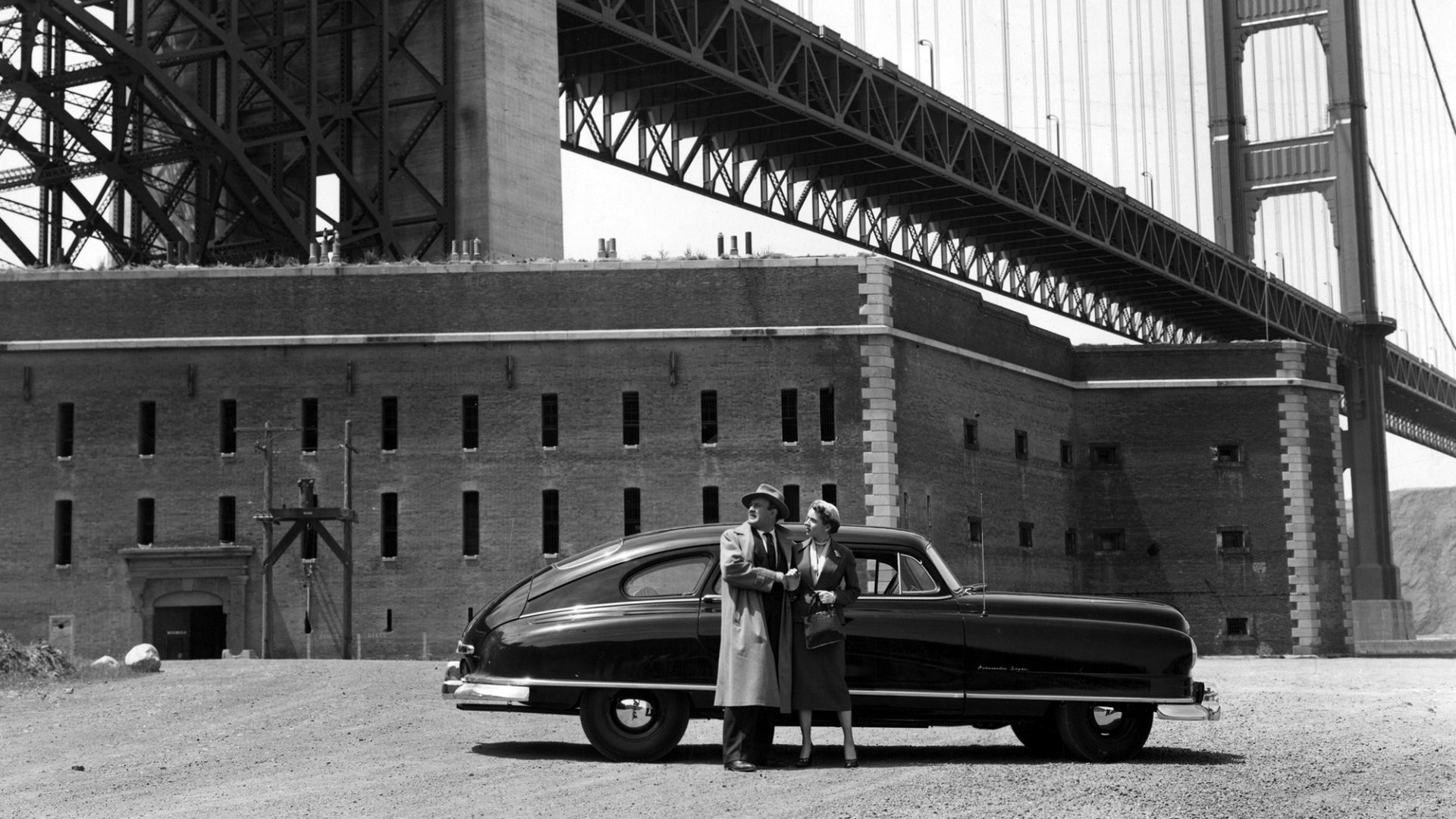 “For a woman like this, a man would go all the way!” Cinematographer Russell Harlan (Blackboard Jungle, To Kill a Mockingbird), a six‑time Oscar nominee, makes atmospheric use of San Francisco settings in this fast-paced noir thriller with a notable cast. Lee J. Cobb, fresh off Broadway success as Willy Loman in Death of a Salesman, plays a hard-nosed cop and committed bachelor whose illicit affair with a married socialite leads him to cover up a killing he’s later assigned to investigate. Jane Wyatt is the film’s scheming femme fatale. John Dall, hot off Gun Crazy (also shot by Harlan), is Cobb’s younger brother, who’s also a cop — and keen to crack the case! The striking climax takes place in Fort Point, under the Golden Gate Bridge, later the site of a memorable scene in Hitchcock’s Vertigo.