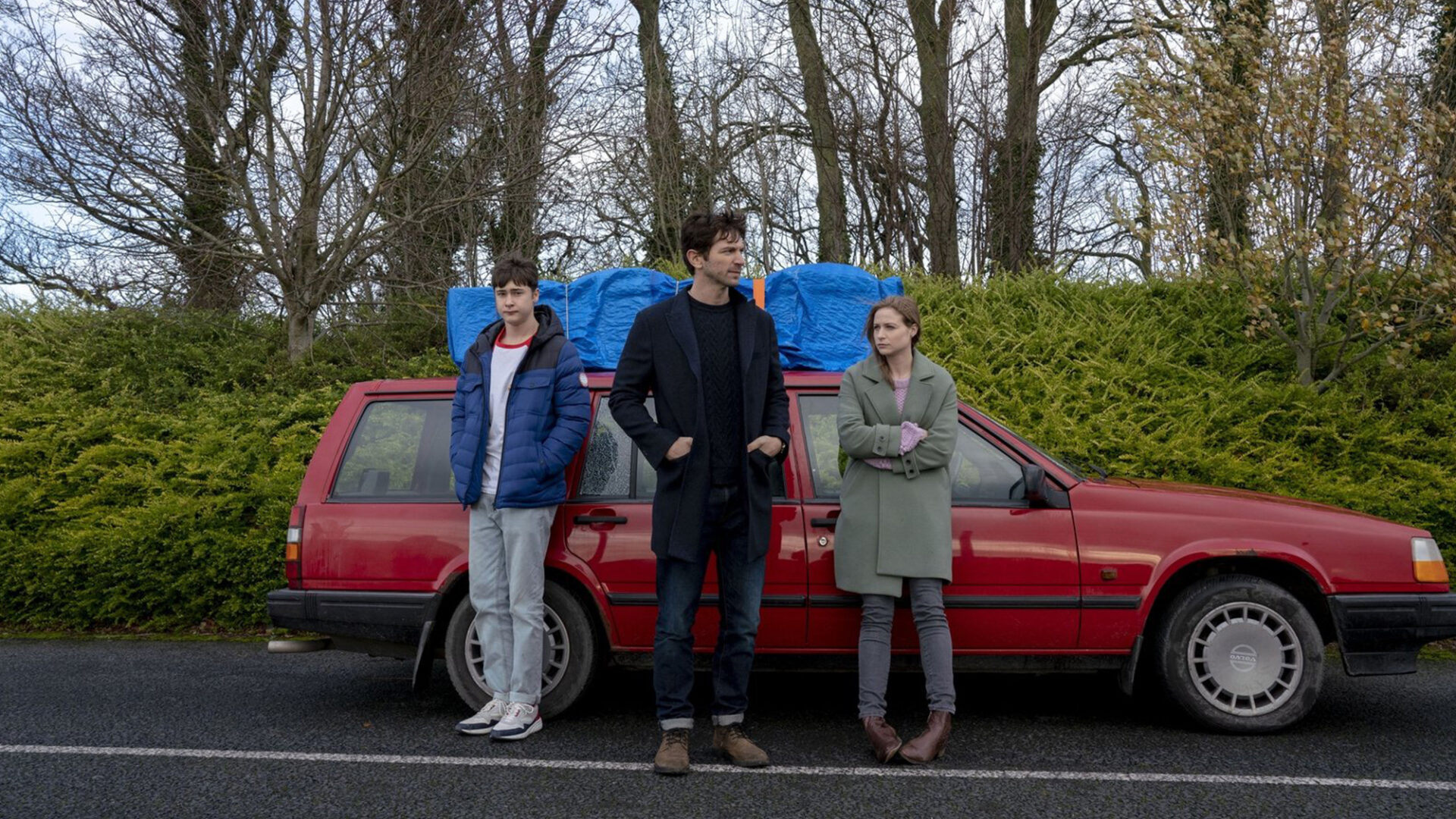 Sometimes a shared surname and a death in the family can lead to some rather unusual circumstances. Such is the clever premise of Aoife Crehan’s debut feature film, The Last Right . It involves two passengers randomly assigned seats beside each other on a flight to Ireland who bond during the journey over a shared surname and a similar state of grief. Having lived abroad for years, Daniel Murphy is flying home for his mother’s funeral; Padraig Murphy is returning for the funeral of his brother, his last remaining next of kin. When Padraig dies on the flight, it’s assumed by authorities that, since they were sitting together, Daniel belongs to the same Murphy family and that the responsibilities for Padraig’s and his brother’s funerals are now his. Reluctantly, Daniel agrees. With his younger brother Louis and his friend Mary in tow, he embarks on a strange odyssey to bring Padraig’s body (in a simple cardboard coffin) to the final resting place in the north of Ireland where he and his brother will be buried together. Along the way, there will be complications involving mistaken identity, misunderstandings, and even a police chase. With its winning mixture of mirth and melancholy, not to mention cameo appearances by Colm Meaney and Brian Cox, The Last Right is one unforgettable Irish road trip.