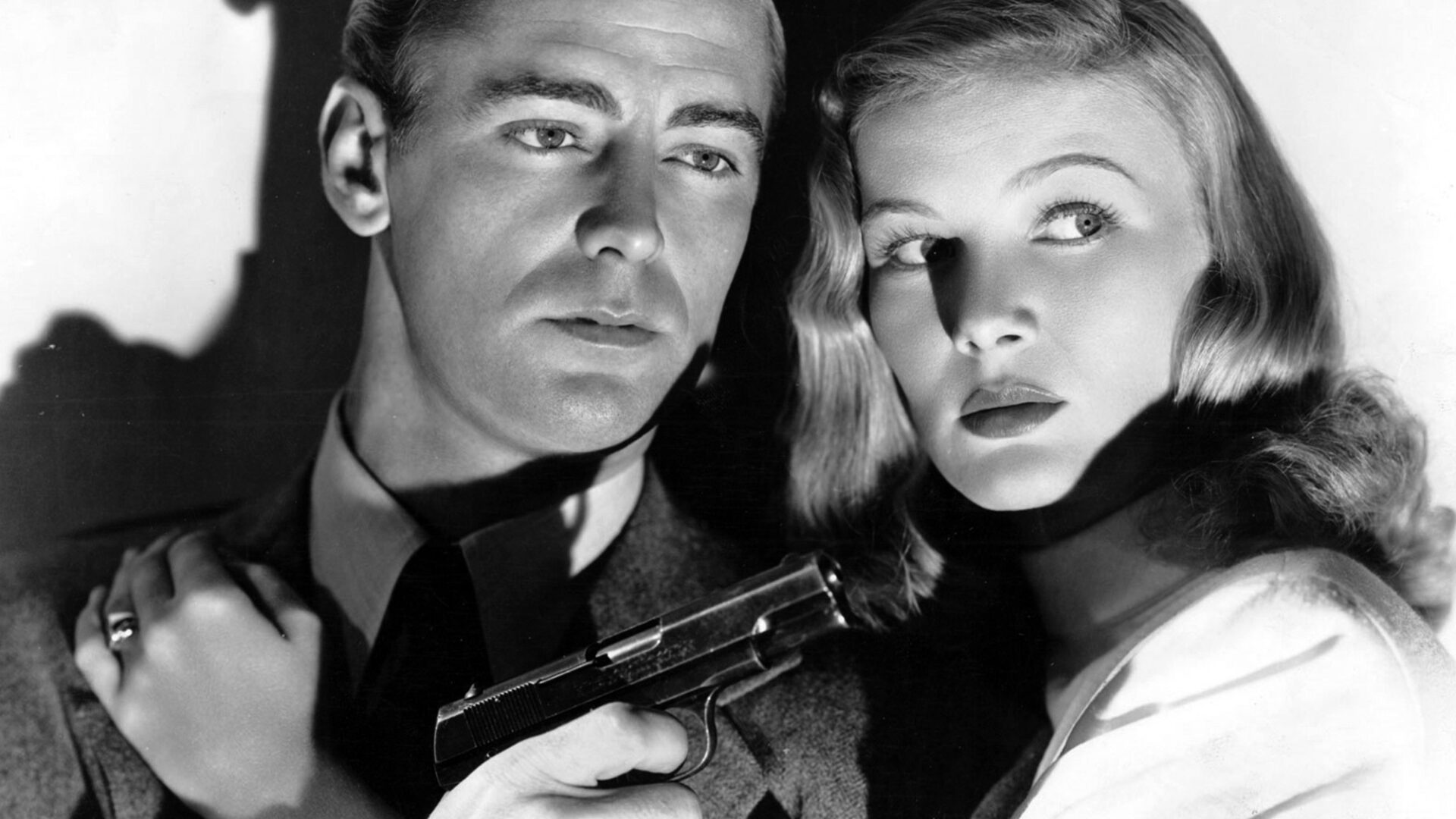 “A taut film that still plays like a house afire.”

“Tamed by a brunette, framed by a blonde, blamed by the cops!” A dark tone of postwar pessimism pervades the noir universe; a common motif has a serviceman returning from WWII only to find disillusionment or betrayal at home. The Blue Dahlia, made from Raymond Chandler’s Oscar-nominated script (the writer’s only produced original screenplay), has Alan Ladd as a veteran who discovers that his wife has been seriously misbehaving in his absence. When she turns up dead, he goes on the lam. Veronica Lake co-stars as the mysterious woman Ladd befriends; William Bendix is Ladd’s war-wounded army buddy Buzz. Unfolding in a well-rendered atmosphere of brutality, corruption, chaos, and despair, this hard-boiled thriller was the third (after This Gun for Hire and The Glass Key) of three classic noirs pairing Ladd and Lake.