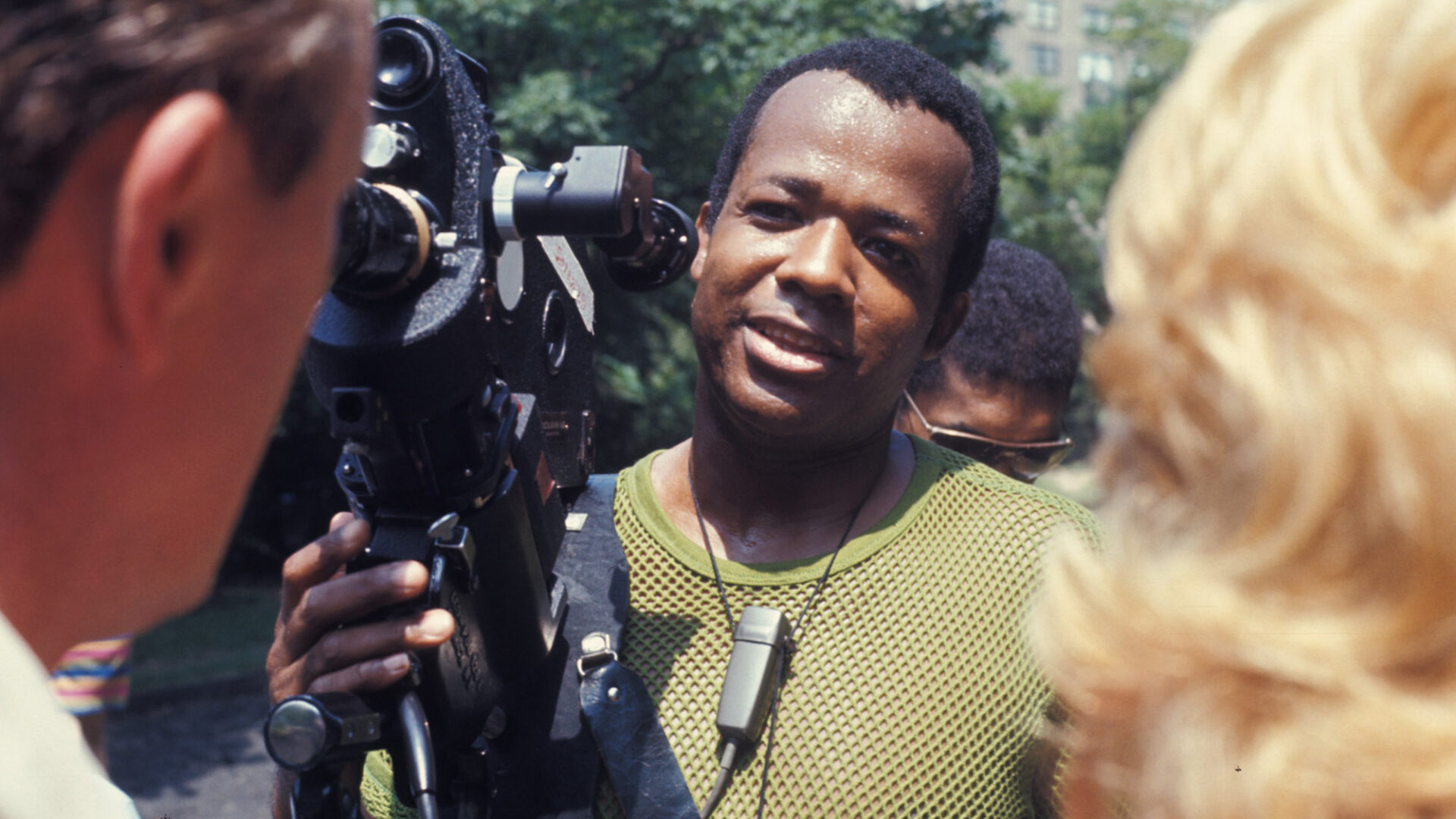 “It’s one of the greatest movies about filmmaking ever made … A crucial work of late-sixties politics in action.”

To complement our virtual run of William Greaves’s Nationtime, a long-lost document of the 1972 National Black Political Convention, DIM Cinema presents a special in-theatre revival of Symbiopsychotaxiplasm: Take One, Greaves’s landmark film from 1968. In this groundbreaking experiment in documentary mise en abyme, the African-American director sets a dizzying trap for his cast and crew, who have gathered in Central Park ostensibly to shoot the break-up scenario of a fictional drama called Over the Cliff. Unbeknownst to them, Greaves, a student and teacher of method acting (or psycho-drama), is waiting to see how long it will take for them to rebel against his seemingly incompetent direction and poorly-written script. ​“Greaves saw this as a metaphor for politics: how absurd do the rules have to be before people revolt against them?” Embodying the intertwinement of the social, the experiential, and the material, ​“the symbiopsychotaxiplasm is a writhing mass of conflicts, identifications, actors, audiences, as heterogeneous and chaotic as Central Park itself” (Shonni Enelow, Method Acting and Its Discontents).

“Brilliant … One of the most amazing things I’d ever seen. I couldn’t believe it.”