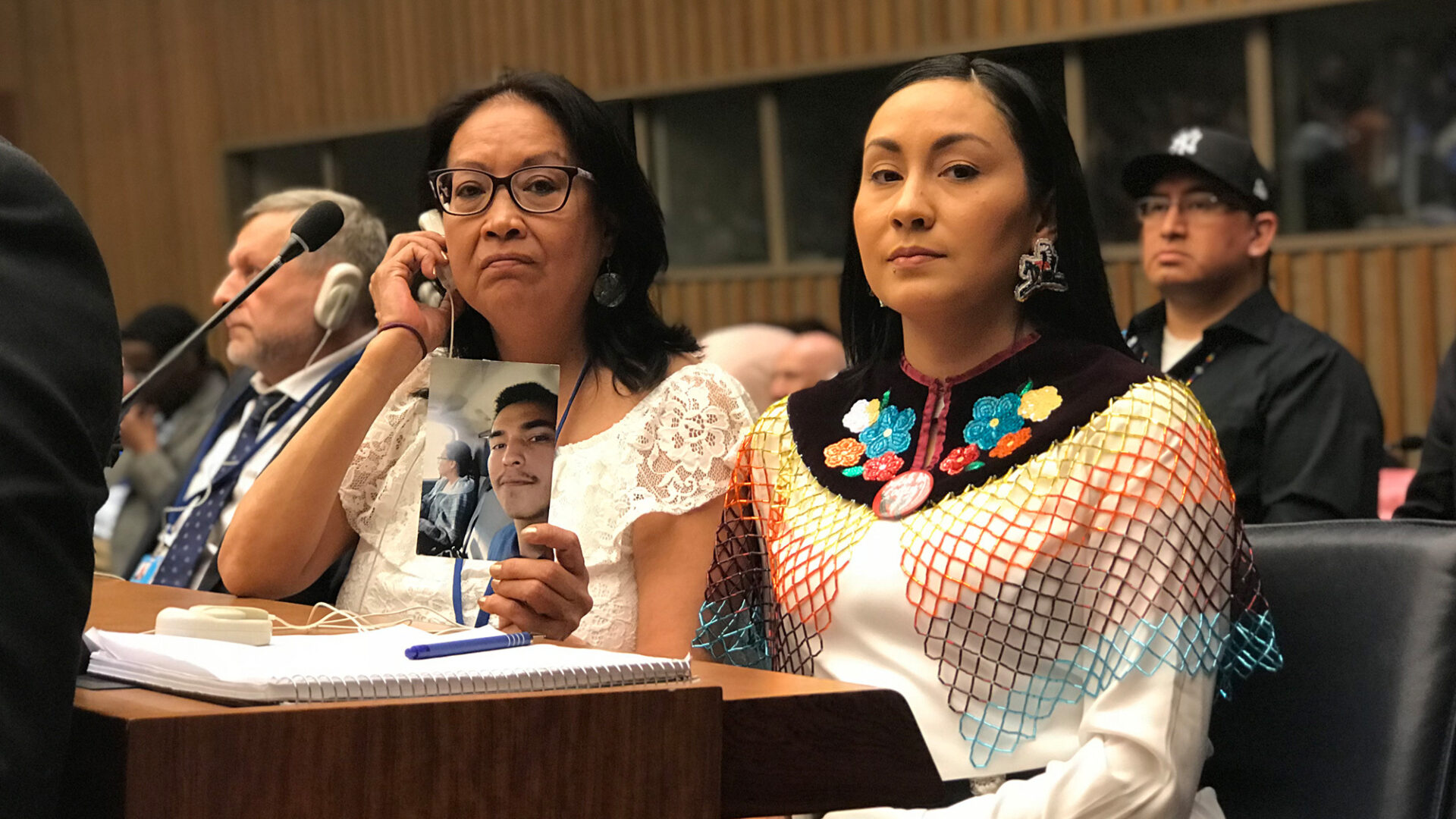 “This is one of the most important, urgent, remarkable, and necessary documentaries ever made in this country. Every Canadian should see it.”

Powerful, personal, and tremendously important, the urgent new film from Cree filmmaker and educator Tasha Hubbard was inarguably the Canadian documentary of 2019. Winner of top non-fiction prizes at Hot Docs, DOXA, and the Canadian Screen Awards, nîpawistamâsowin (NEE-pa-wista-MAA-sowin) chronicles the quest for justice in the 2016 killing of Colten Boushie, a 22-year-old Cree man shot dead by a White farmer in rural Saskatchewan. Weaving in Hubbard’s own history as a Sixties Scoop adoptee, as well as the larger history of Indigenous oppression in Canada, the documentary follows the unfolding of events with heartbreaking, intimate access to the grieving Boushie family — from the high-profile murder trail, to the acquittal of the killer by an all-White jury, to the impassioned demand by Colten’s cousin Jade Tootoosis at the United Nations for judicial reform in Canada. (Her emergence as a spokesperson for Indigenous rights is one of the film’s great gifts.) Throughout, Hubbard’s empathy, indignation, and unrest as a mother raising an Indigenous boy in the Prairies resonate.

Ticket proceeds for this 24-hour virtual screening will be donated to the Vancouver Aboriginal Friendship Centre Society.

“Hubbard is telling stories that have gone consciously unheard for too long … Not since Alanis Obomsawin’s 1993 Kanehsatake: 270 Years of Resistance has a film affected me in such a profound way.” Lindsay Nixon, Canadian Art

“One cannot understate the gravity of nîpawistamâsowin: We Will Stand Up … Hubbard’s third feature is a major work.” Pat Mullen, Point of View Magazine

To stream this program:
Click on the ​“Stream” button above.
Purchase a virtual ticket for $5. Proceeds will be donated to the Vancouver Aboriginal Friendship Centre Society.
The password required to stream the film will be emailed to you on June 21 (Sunday).
The film will be available to stream on June 21, 2020 only. (The password will expire at 11:59 pm PDT.)
Cinematheque membership is not required.