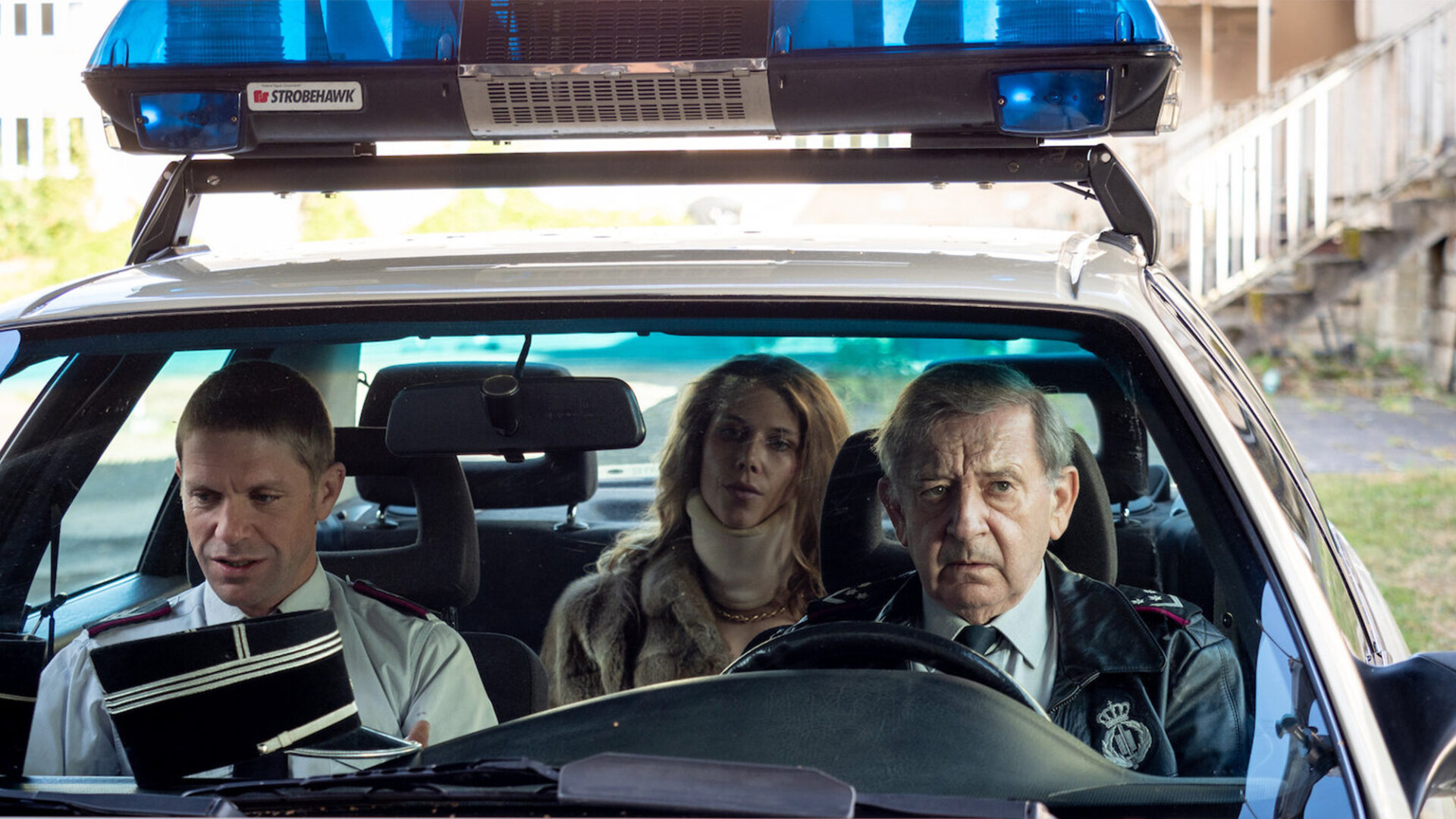 From veteran Luxembourg filmmaker and EUFF returnee Andy Bausch, whose films Back In Trouble and Rusty Boys screened in past editions, comes this clever, irreverent documentary about the social, political, and cultural shifts in the Grand-Duchy of Luxembourg during the tumultuous and, in many ways, defining decade of the 1980s. Blurring the lines between documentary and fiction, Bausch has as our guides two fictional characters (played by André Jung and Luc Schiltz) in the roles of a 1980s vintage cop show duo. Deftly interweaving archival footage from television news, music, and pop culture, Bausch creates a fascinating portrait of Luxembourg then and, by extension, Luxembourg now. Lost in the 80s surveys a lot of historical ground, including the country’s steel crisis, the birth of Luxembourg’s booming financial service industry, the rise of Green politics, other political protests, the emergence of a potent alternative culture, the series of infamous and anonymous bomb attacks on public buildings and infrastructure installations in the mid-’80s, the papal visit of John Paul II, and even the state of Luxembourg cinema. While specific to the national experience and memory of Luxembourg, this film also connects to and reflects upon what went on all over the world during that wild, strange, now faraway decade.