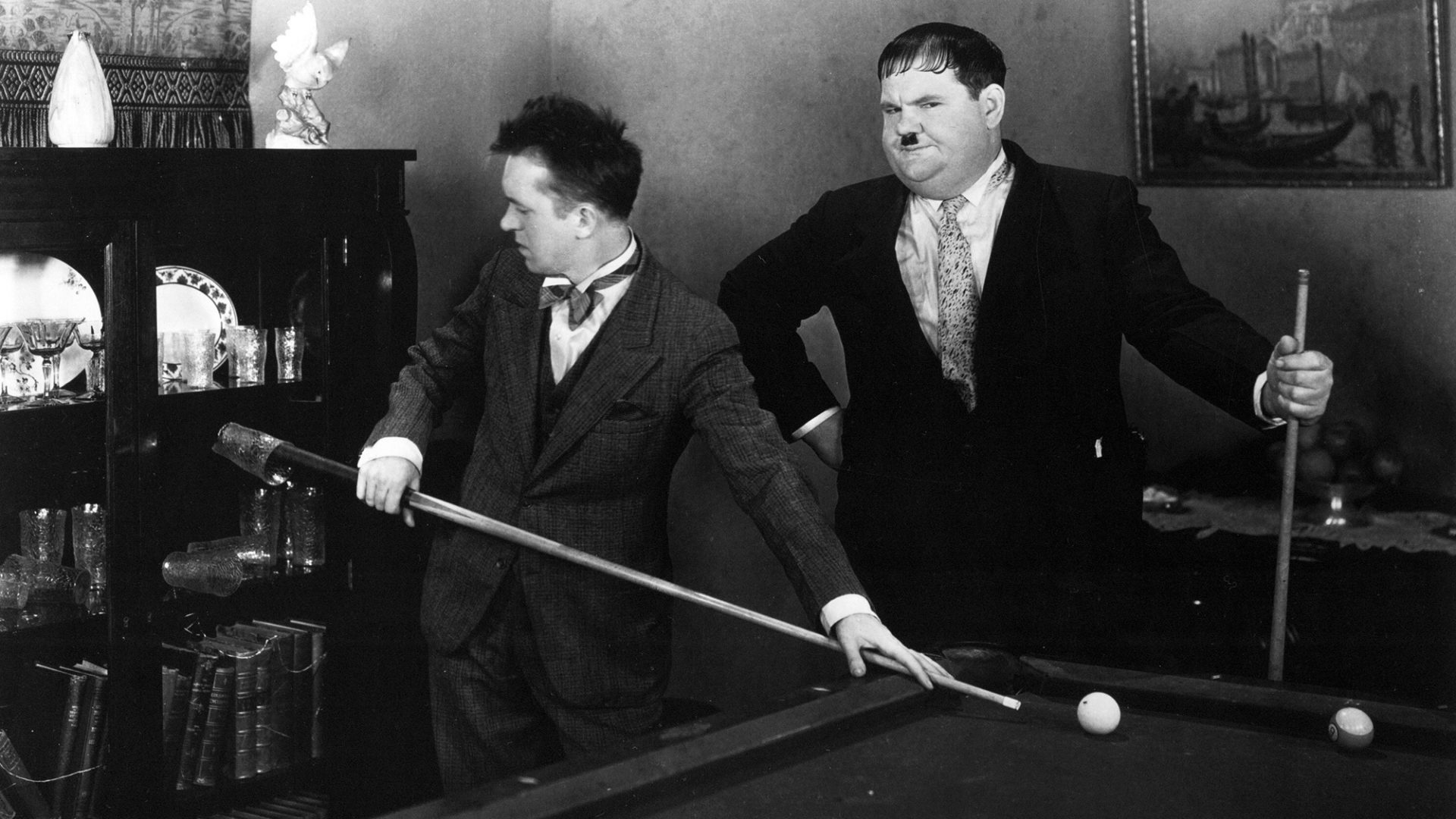 The UCLA Film & Television Archive has undertaken a special mission to restore the Hal Roach-produced films of the beloved comedy duo Laurel and Hardy. ​“No body of classic comedy has been as badly abused as the Laurel and Hardy negatives, mercilessly pushed through laboratory meat grinders for decades to extract every show-print to garner every last nickel from a relentless audience” (Scott MacQueen, UCLA). In these four gleefully riotous shorts (one dating from the silent era, three from the early days of sound), Stan and Ollie trigger the ultimate pie fight; attempt, without much luck, to head out on a Sunday picnic; struggle to install a rooftop radio antenna; and, in dual roles, prove themselves inept parents but adept brats.

The Battle of the Century
USA 1927
Clyde Bruckman
19 min. DCP

Restorations funded by the Laurel & Hardy Preservation Fund, except The Battle of the Century, restored in conjunction with Jeff Joseph/SabuCat.