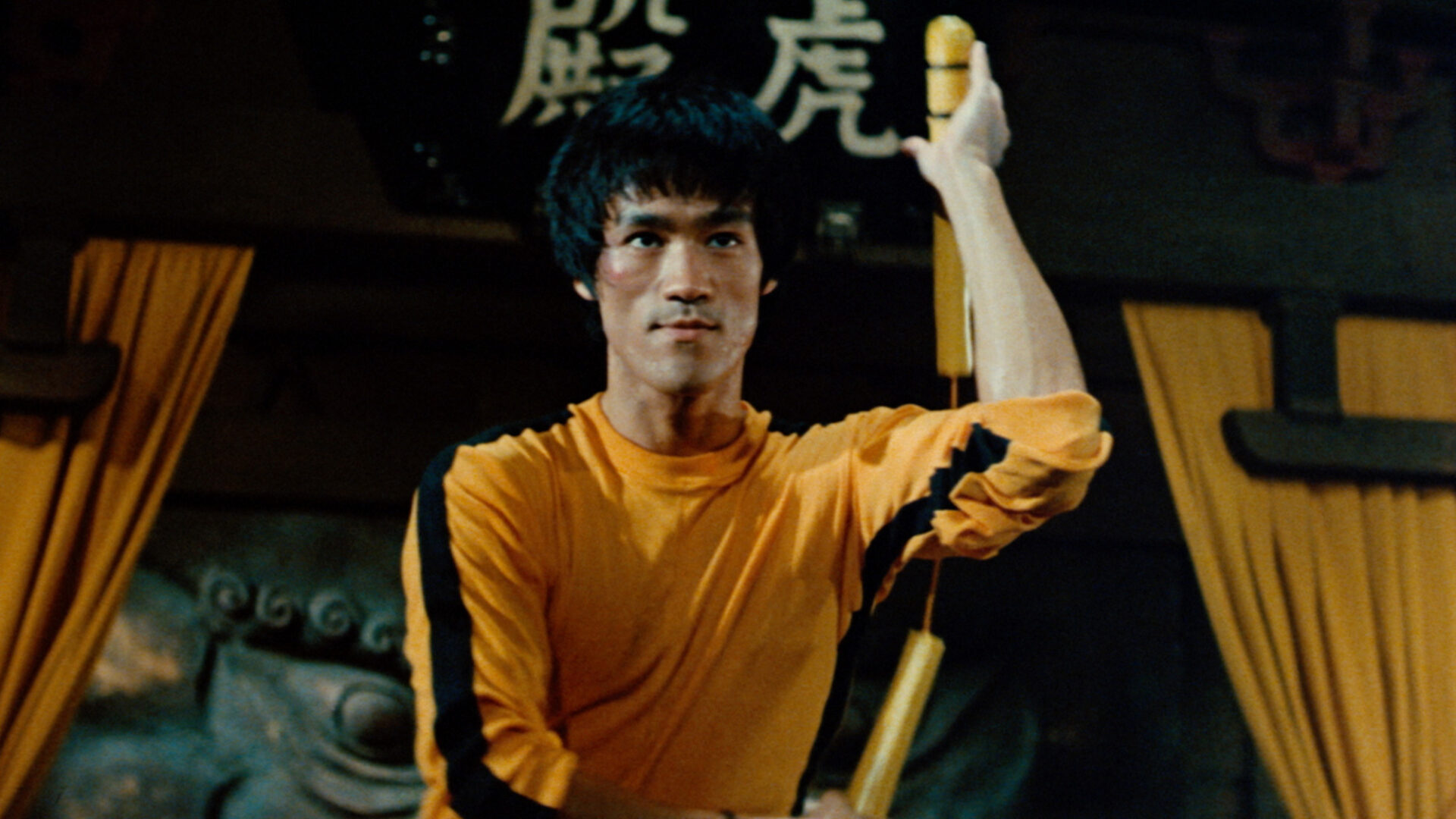 “It all builds to an exhilarating climax that is pure Lee: a tour de force of martial arts mastery.”

When Bruce Lee died of a cerebral edema in 1973, he left behind an unfinished project at Golden Harvest written by, directed by, and starring himself. Enter American director Robert Clouse (Enter the Dragon), who took the orphaned material and carpentered a strange, new, meta-film around it, utilizing stand-ins, body doubles, archival footage, and snapshots from Lee’s filmography to compensate for its star’s absence. The result is a peculiar, captivating oddity — less a rounded film than a hodgepodge of sizzle reel and Bruceploitation that culminates in some truly exhilarating fight footage with the real, unmistakable dragon. Its self-winking story involves a martial-arts movie star who fakes his own death to escape the grip of a crime syndicate, then systematically side-kicks his way through their ranks with his kung-fu know-how. Lee’s surviving footage finds him squaring off against seven-foot-tall basketball legend Kareem Abdul-Jabbar and donning the iconic yellow tracksuit that would later outfit Uma Thurman’s Bride in Tarantino’s Kill Bill. Images from Lee’s actual funeral used in the film have been justifiably criticized for being in bad taste.