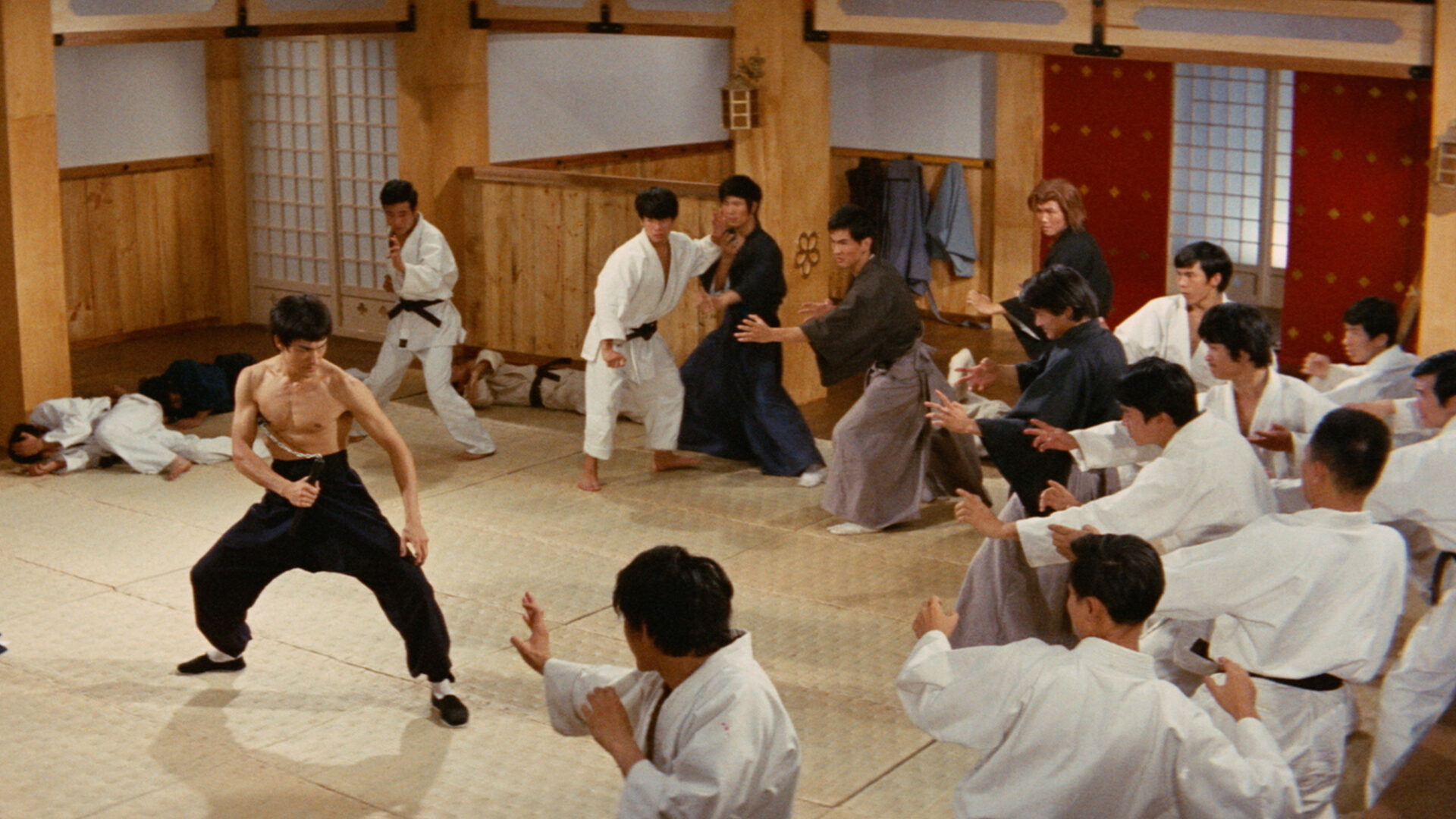 “Bruce Lee is at his most awe-inspiringly ferocious.”

After the star-making triumph of The Big Boss, Bruce Lee reunited with its writer-director Lo Wei for this action-crazed — and even more successful — follow-up. An historical revenge fantasy set in 1910s Shanghai, Fist of Fury follows Lee as chiselled martial-arts student Chen Zhen, who returns to his kung-fu academy with plans to marry his fiancée (Nora Miao), only to learn of the death of his beloved Master Huo under dubious circumstances. When a rival dojo of bigoted Japanese imperialists crash the funeral, then let slip their involvement in the murder of Huo, a furious Chen goes lone wolf to singlehandedly take down the entire enemy outfit, one judoka at a time. Unusual for a kick-punch extravaganza of this kind, the film taps into serious turn-of-the-century anxieties around anti-Chinese racism and the expansion of Japan’s colonial empire. Its American release title, The Chinese Connection, was a blatant attempt to capitalize on the popularity of The French Connection. It was also a blunder; the title had been intended for Lee’s previous movie! (The Big Boss, in turn, was confusingly titled Fists of Fury stateside.)