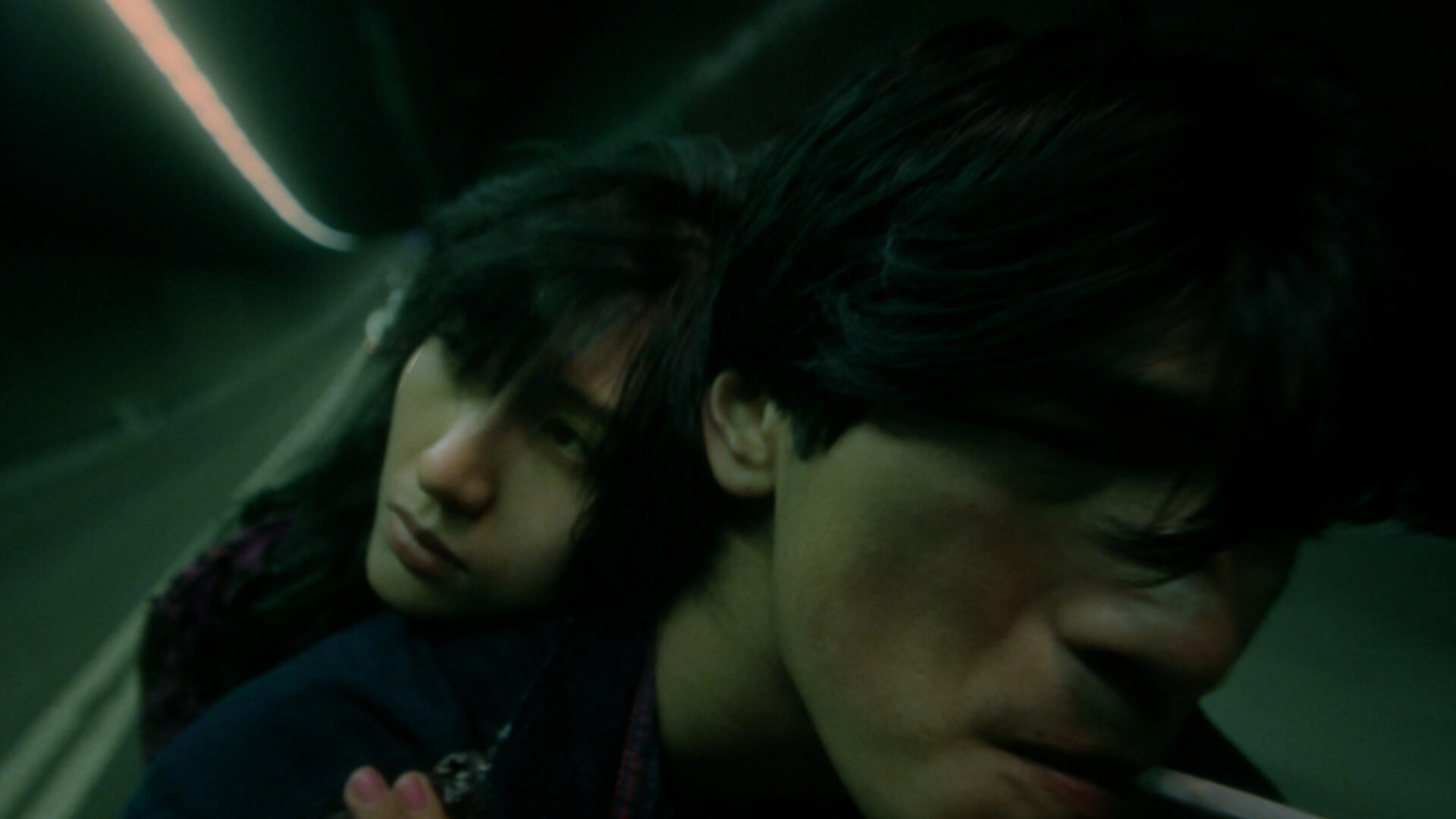 “The acme of neo-new-wavism, the ultimate in MTV alienation, the most visually voluptuous flick of the fin de siécle, a pyrotechnical wonder … Wong Kar-Wai at his best.”

A neo-noir nocturne set in an hallucinatory Hong Kong, Wong Kar-Wai’s Fallen Angels is a companion piece of sorts to Chungking Express, his 1994 hit (it grew out of a storyline originally developed for that earlier film). The head-spinning plot intertwines the lives and unrequited loves of five characters: a world-weary hit man; the business partner who secretly desires him; a delinquent who once had a life-altering encounter with a can of pineapple; a woman seeking her missing boyfriend; and a bottle-blonde punkette who may or may not know said boyfriend. Wong’s trippy tale juggles playfulness, pop smarts, and great poignancy; a desperate sense of loneliness is never far from the surface. The dizzying visual style, a barrage of kinetic cutting, distorting lenses, and weird camera angles, was fashioned by editor William Chang and cinematographer Chris Doyle, both Wong regulars. This is exhilarating, ferociously original filmmaking.

“Exhilarating and, in the end, unexpectedly touching … As stylish and audacious as Days of Being Wild and Chungking Express.”

“Exciting … An extraordinary film … Wong is simply the world’s most compelling new director.”

Fallen Angels is newly presented in the 2.39:1 aspect ratio, a format Wong originally envisioned for the film. “The restoration provides the opportunity to realize our artistic intention that we couldn’t have achieved technically twenty-five years ago” (Wong).