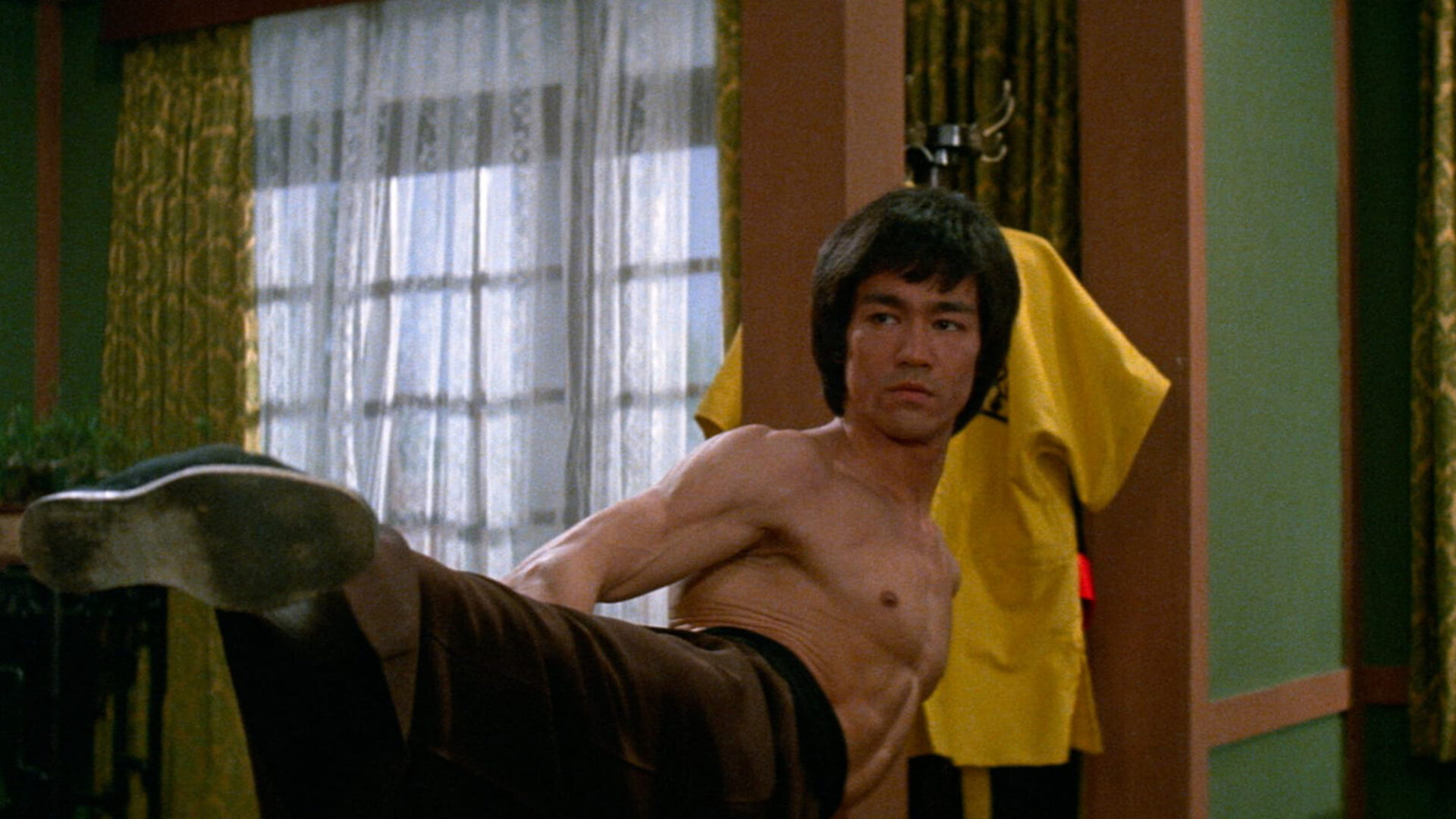 “A performance so intense he seems to vibrate off the screen … Enter the Dragon is the movie that cemented Lee’s legacy, in film and beyond.”

“You have offended my family, and you have offended the Shaolin Temple.” Oh-so quotable and imitated ad nauseum (it spawned an entire subgenre of ​“Bruceploitation” films in Asia), Bruce Lee’s legendary Hong Kong/​Hollywood hybrid remains the granddaddy of all martial-arts movies. Driven by a personal vendetta, a proficient Shaolin fighter (Lee) agrees to infiltrate a martial-arts tournament held on a secluded private island, home to suspected drug traffickers and sex slaves. Once there he finds unexpected allies in two American karatekas, a Black activist (future blaxploitation star Jim Kelly) and a White gambler (actor and black-belt John Saxon), each with their own reasons for entering the mortal-combat competition. Veteran wuxia villain Shih Kien plays the island’s claw-handed criminal mastermind, whose iconic death match with Lee in a chamber of mirrors is one of the great action-movie set pieces. (It’s also a knowing nod to Welle’s Lady from Shanghai, also screening in August). The film, a global box-office behemoth that mainstreamed martial-arts cinema worldwide, was released in Hong Kong mere days after Lee’s sudden death at 32.