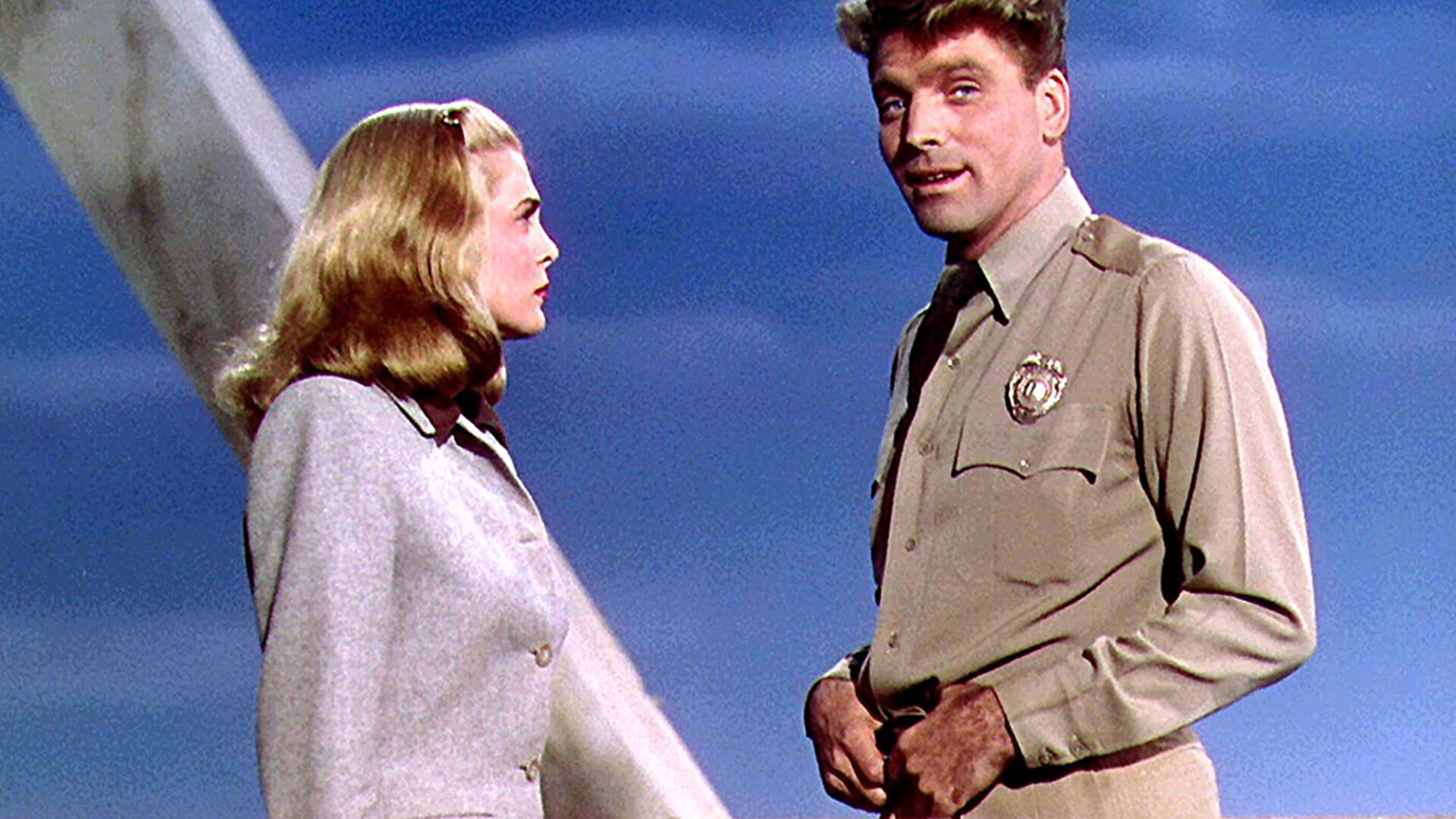 “Lizabeth Scott in Technicolor glory [is] only one of the over-the-top treats in this very strange crime drama … This is Hollywood at its most gloriously berserk.”

Desert Fury, a ripe, racy 1947 melodrama from Paramount, is a rarity amongst noirs of the classic period for being shot in Technicolor. The film is set in a small Nevada town, where Paula (noir blonde Lizabeth Scott), rebellious daughter of casino owner Fritzi (The Maltese Falcon​’s Mary Astor), decides to take up with gangster Eddie (John Hodiak), Fritzi’s former flame. Fritzi and local lawman Tom (Burt Lancaster), who’s hot for Paula himself, try to douse the relationship. So too does Eddie’s sidekick Johnny (Wendell Corey) — who, in another break with noir tradition, seems to be the film’s homme fatal! The barely disguised homoeroticism is a hoot. The costumes are by Edith Head. Miklós Rózsa composed the score.