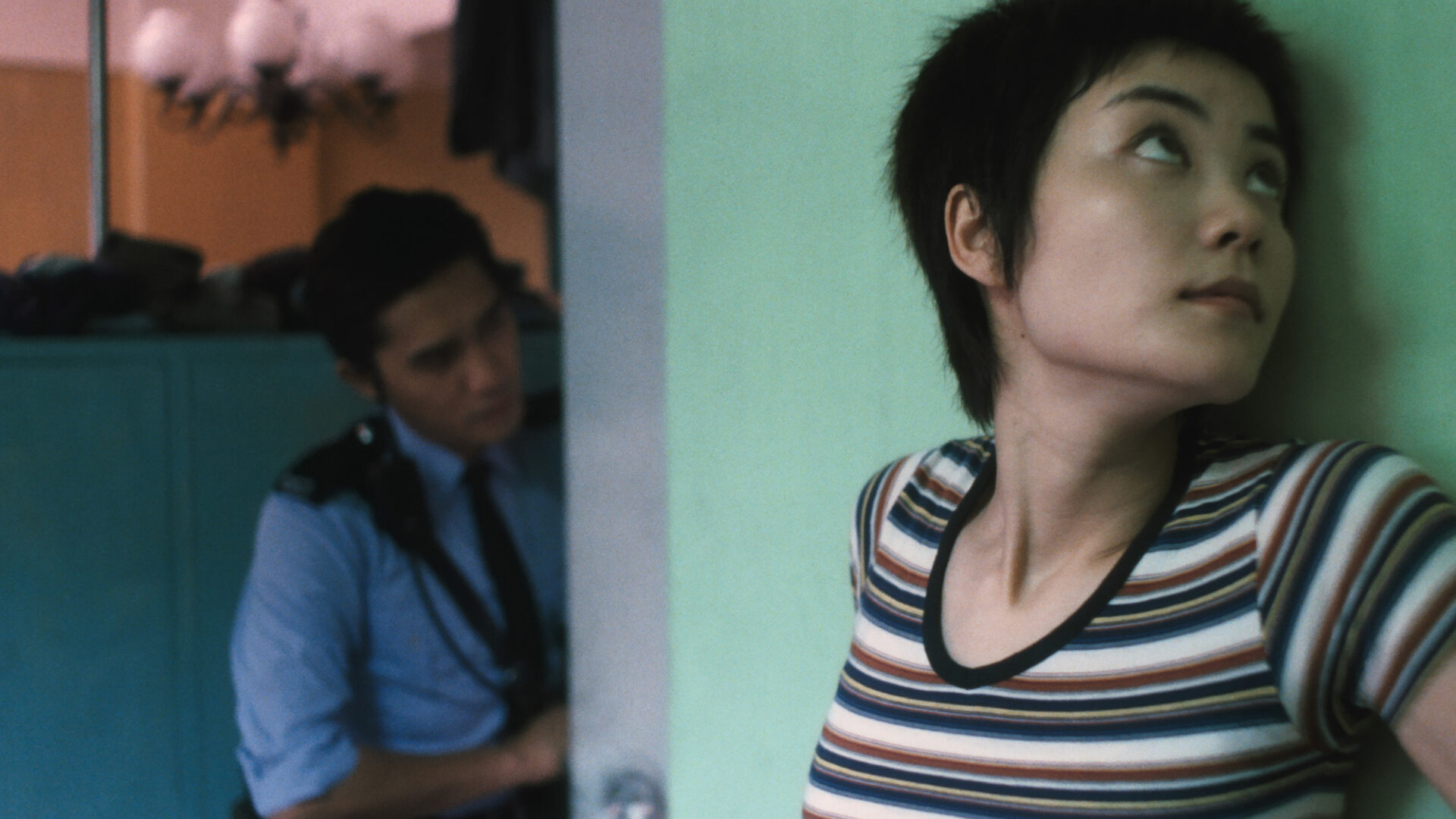 “A bliss-out of time and space, men and women, Mamas and Papas, poetry and pop … This is what movies could be, should be, and finally are.”

Chungking Express, Wong Kar-Wai’s triumphant third feature, left no doubt: the Hong Kong hipster was one of cinema’s most dazzlingly original new talents, responsible for some of the most evocative, exciting, and gloriously beautiful films of the day. Ultra-chic, ultra-urban, and ultra-urgent, this offbeat crime thriller-cum-romantic comedy unfolds in two loosely connected parts, both concerning lonely, lovelorn cops (played by Takeshi Kaneshiro and Tony Leung Chiu-Wai). The neon-rush images are by cinematographer Christopher Doyle — a major contributor, along with production designer and editor William Chang, to the WKW aesthetic. Few movies manage to be as frenetic or as ferociously entertaining while at the same time so strangely moving; the melancholic mood of yearning, regret, and loss so palpable here is as central to Wong’s art as his always-amazing visual pyrotechnics. Chungking Express ranks among the great films of the past thirty years.

“A movie that looks like a wholesale reinvention of the cinema … This is what Godard movies were once like: fast, hand-held, funny, and very, very catchy.”