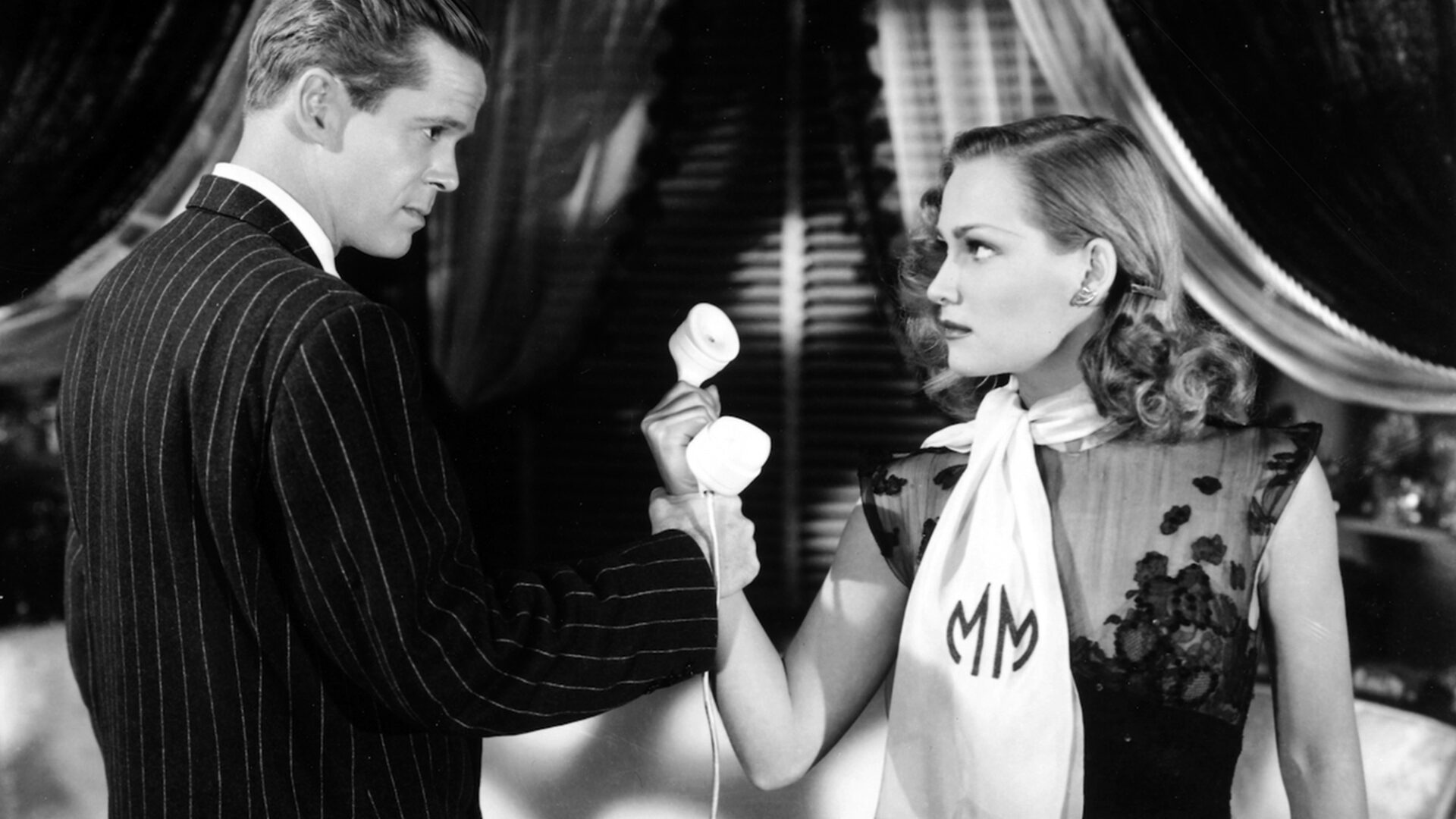 “Modest but imaginative, with an ingenious script … The encouragement given to art directors and photographers in B films is very much in evidence in Black Angel.”

Archetypal noir villain Dan Duryea — ​“the heel with sex appeal” — has a rare sympathetic role in this energetic B‑movie from 1946. He’s alcoholic musician Martin Blair, on a steep boozing-and-brooding decline since his treacherous wife, a singer, abandoned him. When she’s murdered, he’s not the only obvious suspect. Freely adapted from a novel by noir stalwart Cornell Woolrich, Black Angel has an affecting tone of tragedy and showcases a fine cast, including June Vincent, Peter Lorre, and Broderick Crawford. Director Roy William Neill (who died of a heart attack the same year) is best known for his capable handling of Universal’s Basil Rathbone-Sherlock Holmes series.