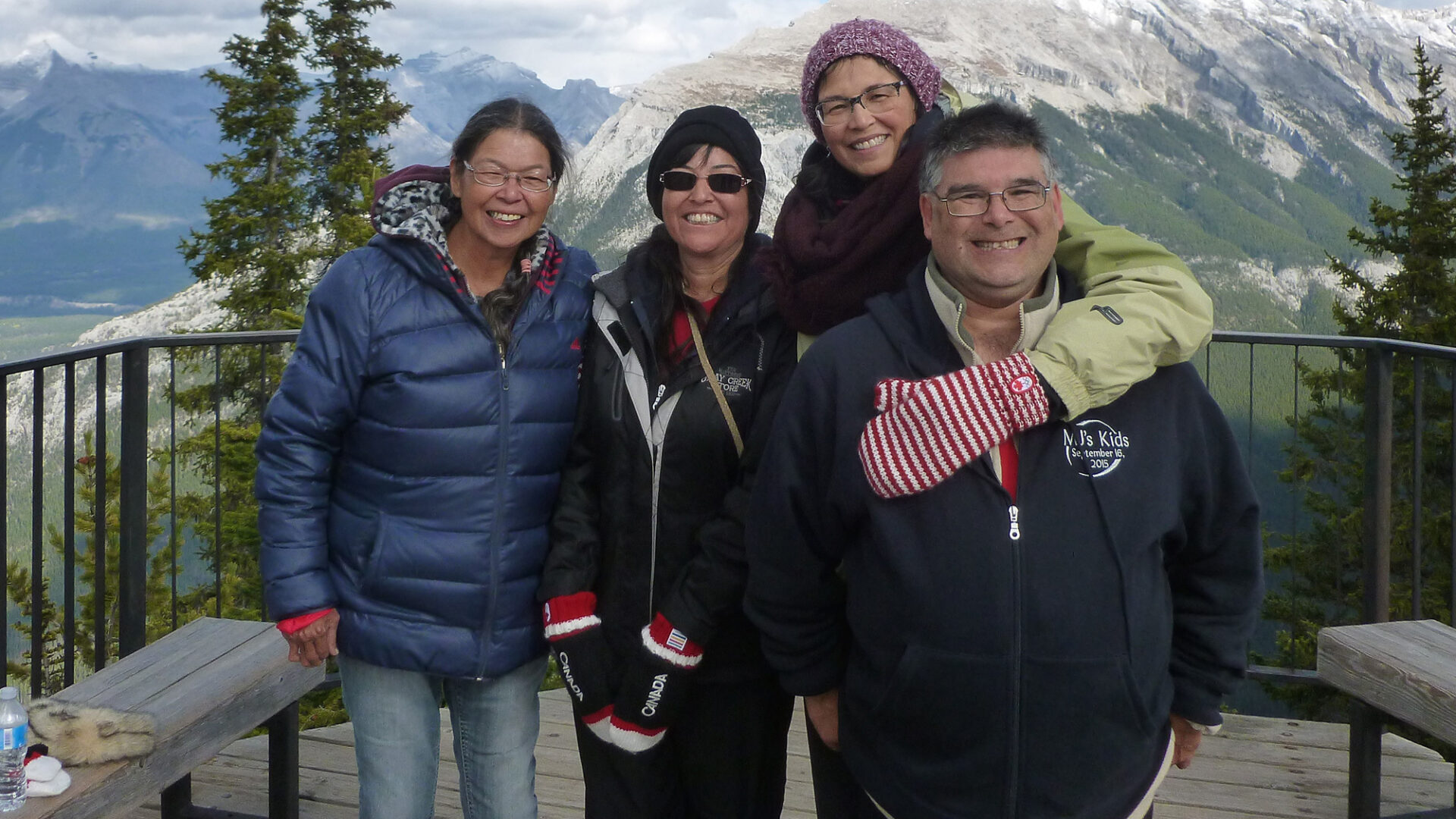 From 1955 to 1985, an estimated 20,000 Indigenous children in Canada were removed from their homes and placed in the child welfare system, most often without the consent of their families or Bands. This shameful practice, known as the Sixties Scoop, was a deliberate attempt to extinguish Indigeneity from a generation of children. Director Tasha Hubbard, of the Peepeekisis Cree Nation in Treaty Four Territory, was a ​“scooped” child herself, and her sensitivity to the experience artfully guides this affecting document of four Sixties Scoop siblings who unite as middle-aged adults in Banff, Alberta. Hubbard’s camera, intimate but unobtrusive, captures the family’s anxieties and elation at meeting one another for the first time, and bears witness to their evolving conversations around their birth mother, a Dene Residential School survivor, and the shame they feel as Indigenous adults uneducated in their cultural heritage. (All were raised in non-Indigenous households.) Betty Ann Adam, the eldest of the siblings, co-wrote the film with Hubbard.