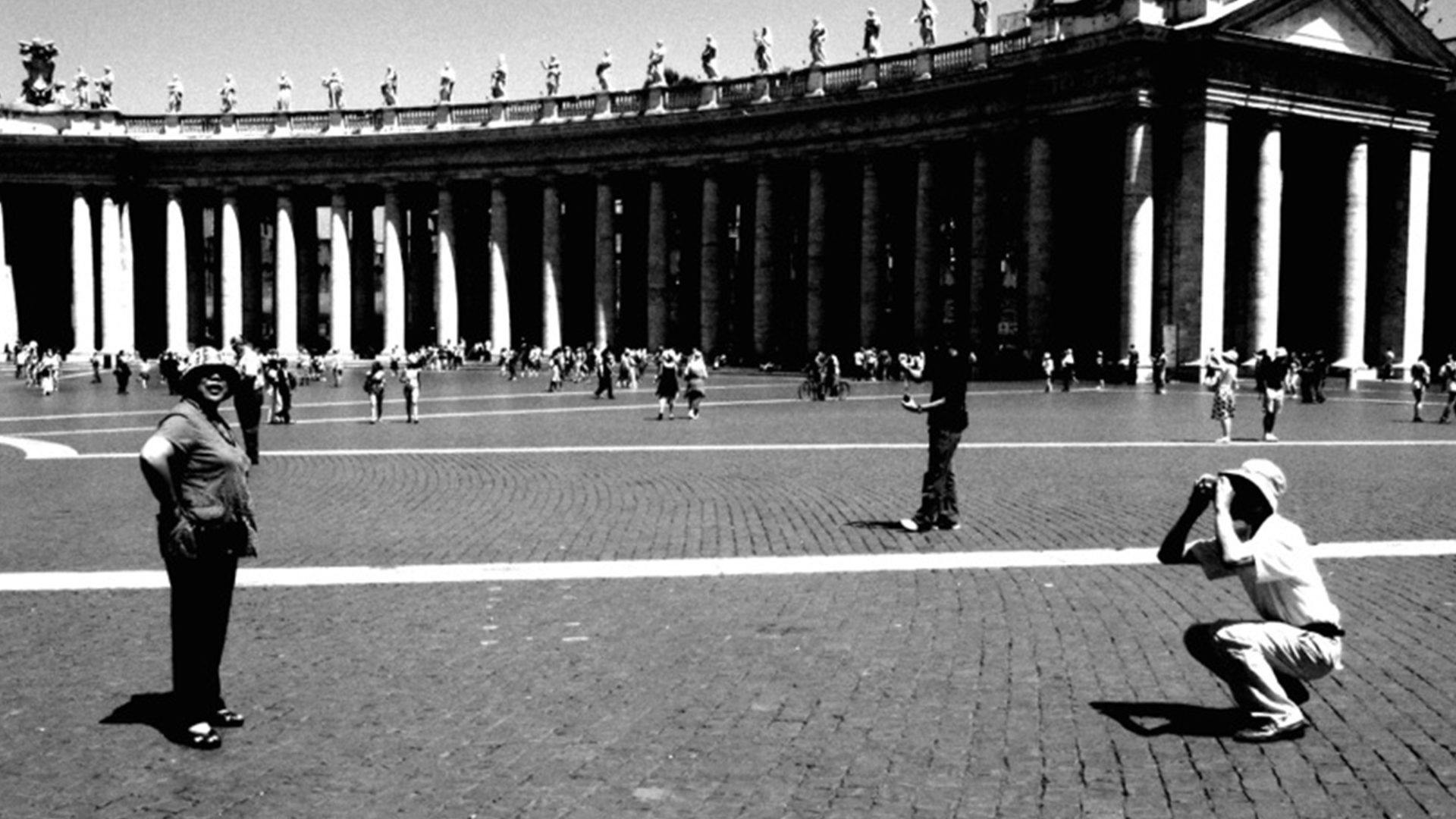 Inspired by Walter Benjamin’s essay on art and mechanical reproduction, the latest documentary feature by novelist and filmmaker Xiaolu Guo takes us to a village near Shenzhen, in southern China, where a cottage industry produces made-to-order copies of Western masterpieces. Exploring the contemporary nature of images and the interconnections between people from different worlds, the film intercuts the life of a Chinese painter copying Caravaggio’s John in the Wilderness (c. 1604) and the life of the Swiss-Italian poet in London who commissioned it. The poet and his friends — an Australian philosopher, an Eritrean writer, and a French photographer — all have some link to the painting and its themes of wilderness and wandering. We Went to Wonderland, made ten years earlier, also concerns strangers in the world. It documents Guo’s journey across Europe with her aging parents, charting their interior lives but also wider cultural and generational divides. ​“This is the first and maybe the last time they leave China. He wants to see the whole world before he dies, but her heart longs for home … As the ancient Taoist master Lao Tzu said: ​‘The further you go, the less you understand’” (Xiaolu Guo).