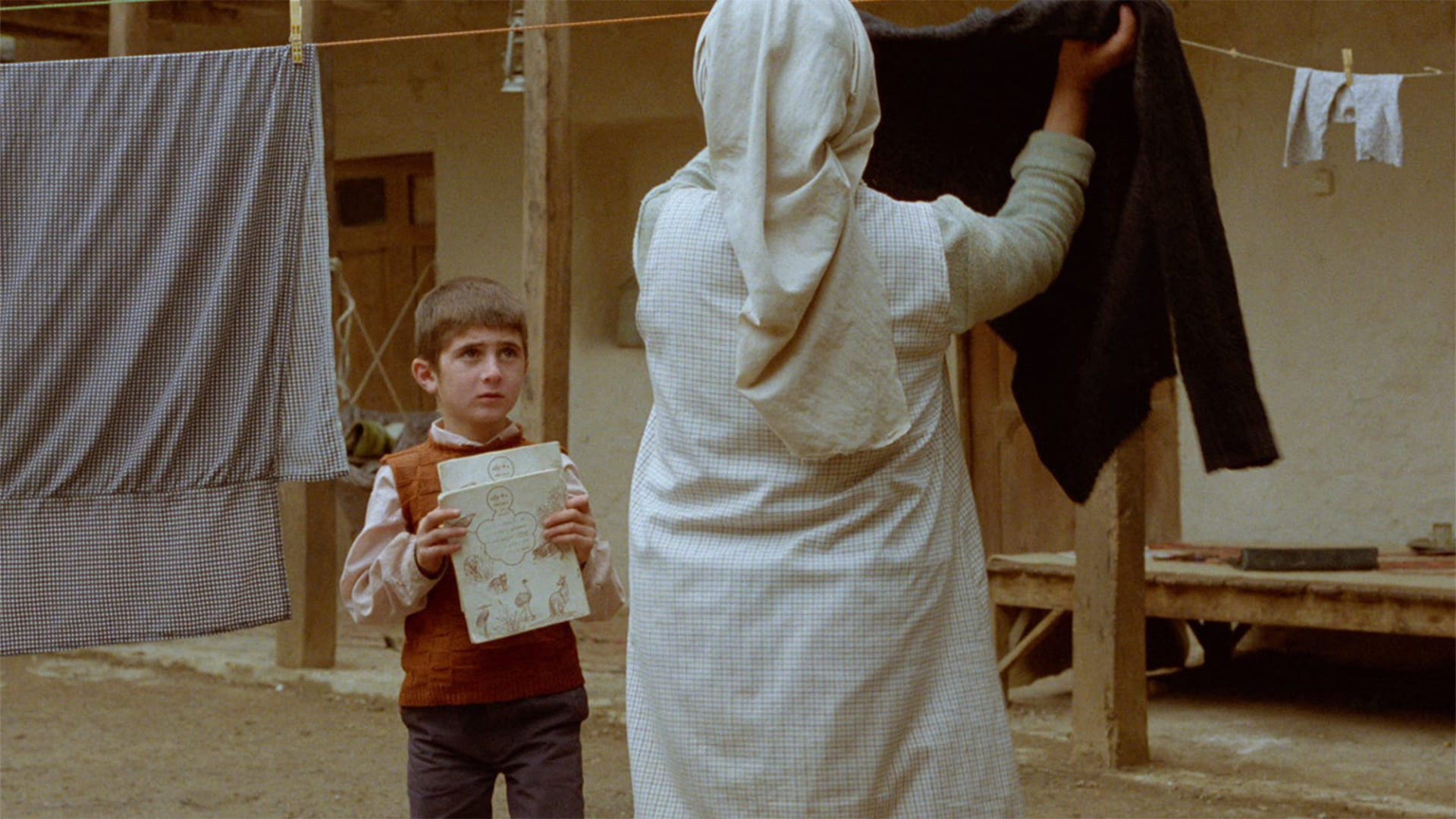 Abbas Kiarostami had been making films, principally about children, since 1970. This sublime 1987 feature brought him to international attention. Inspired by a Sohrab Sepehri poem, and set in the northern village of Koker, the film has an eight-year-old named Ahmad discovering, to his dismay, that he has accidently taken home a school chum’s notebook. The pal faces expulsion for not doing his homework; Ahmad sets off to a nearby village in search of his friend’s house, only to encounter a labyrinthine maze of narrow alleys, winding streets, and identical-looking dwellings — and unhelpful adults who obstruct his progress at every turn. Ahmad’s odyssey, both comic mini-epic and parable of personal responsibility, achieves near-mythic proportions; the lyrical, neorealist style, convincing performances from non-professional actors, and sensitive portrayal of children’s lives showcase Kiarostami’s gifts at their finest.