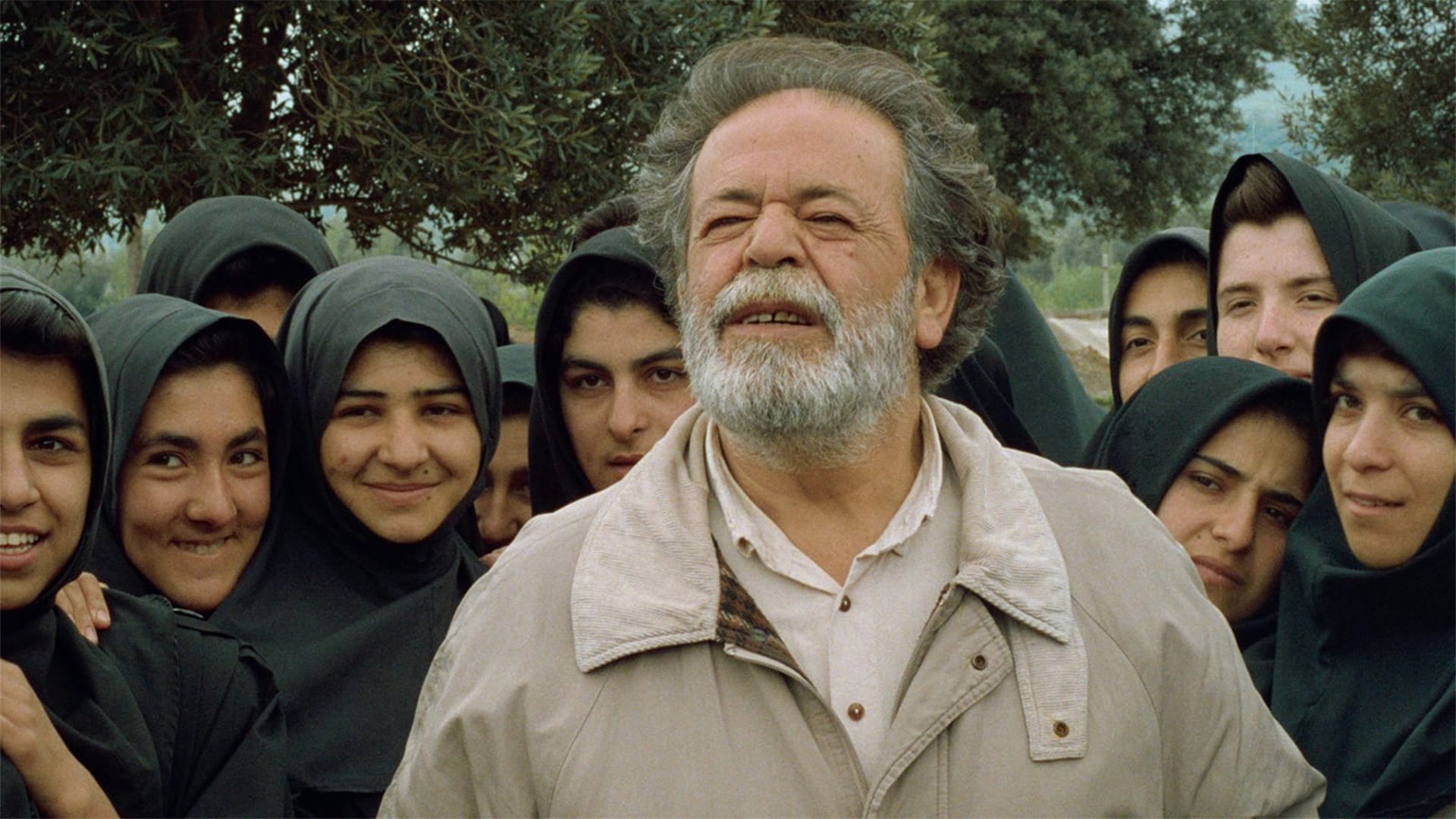 Kiarostami’s hall-of-mirrors playfulness hits miraculous heights in the tour-de-force third film in his Koker triptych. This multi-layered film-about-filmmaking has a (fictional) movie crew travelling to Iran’s earthquake-stricken north to shoot And Life Goes On, Kiarostami’s previous film. Hossein, a lovelorn bricklayer, lands a part in the film, and is delighted that Farkhonde, the young woman who has rejected him, will be playing his wife. As Hossein seizes the opportunity to continue pursuing Farkhonde, the ensuing complications spill over into the ​“fictional” film they are making. Kiarostami, as always, coaxes affecting performances from a mostly non-professional cast. His breathtaking mix of farce and formalism, his fascination with blurring lines between fact and fiction, in no way diminishes what is above all a warm and nuanced tale of thwarted courtship, and of rural peoples dealing heroically with natural disaster.