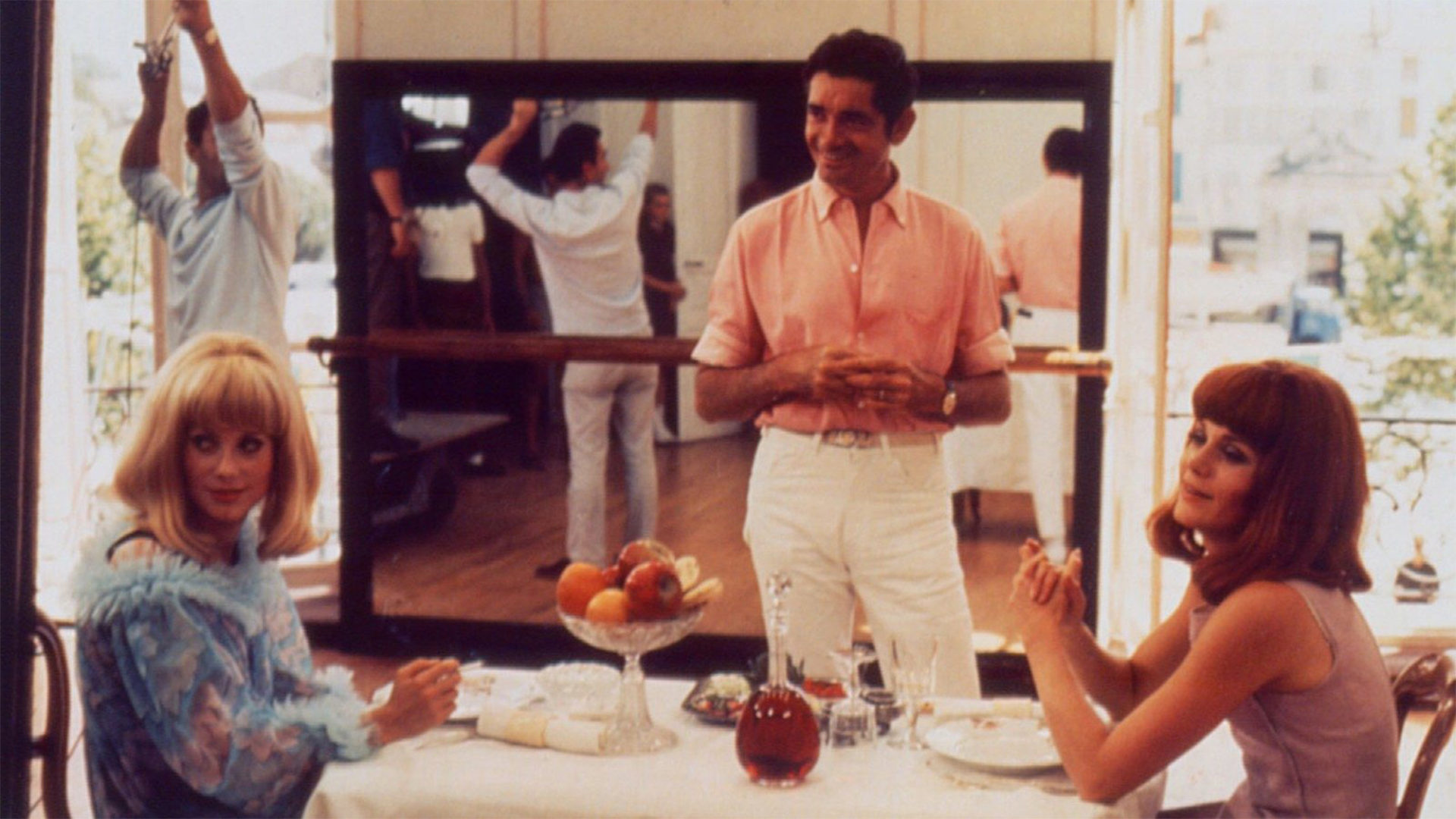 For the twenty-fifth anniversary of husband Jacques Demy’s musical The Young Girls of Rochefort, Agnès Varda travelled to the coastal town of Rochefort to document the public festivities marking the occasion and recount the film’s on-location making. Varda’s nostalgic tribute includes new and vintage interviews; behind-the-scenes footage she shot during the original production; and the recollections of locals with treasured memories of their encounter with movie glamour. Star Catherine Deneuve and composer Michel Legrand are among the principals of Demy’s film who journeyed to Rochefort for the anniversary. Others — including Demy himself, who died in 1990; and Deneuve’s co-star and older sister Françoise Dorléac, who died, at age 25, in a car accident some weeks after Rochefort​’s 1967 release — didn’t live to see the day. A fond celebration of a magical, much-loved movie.