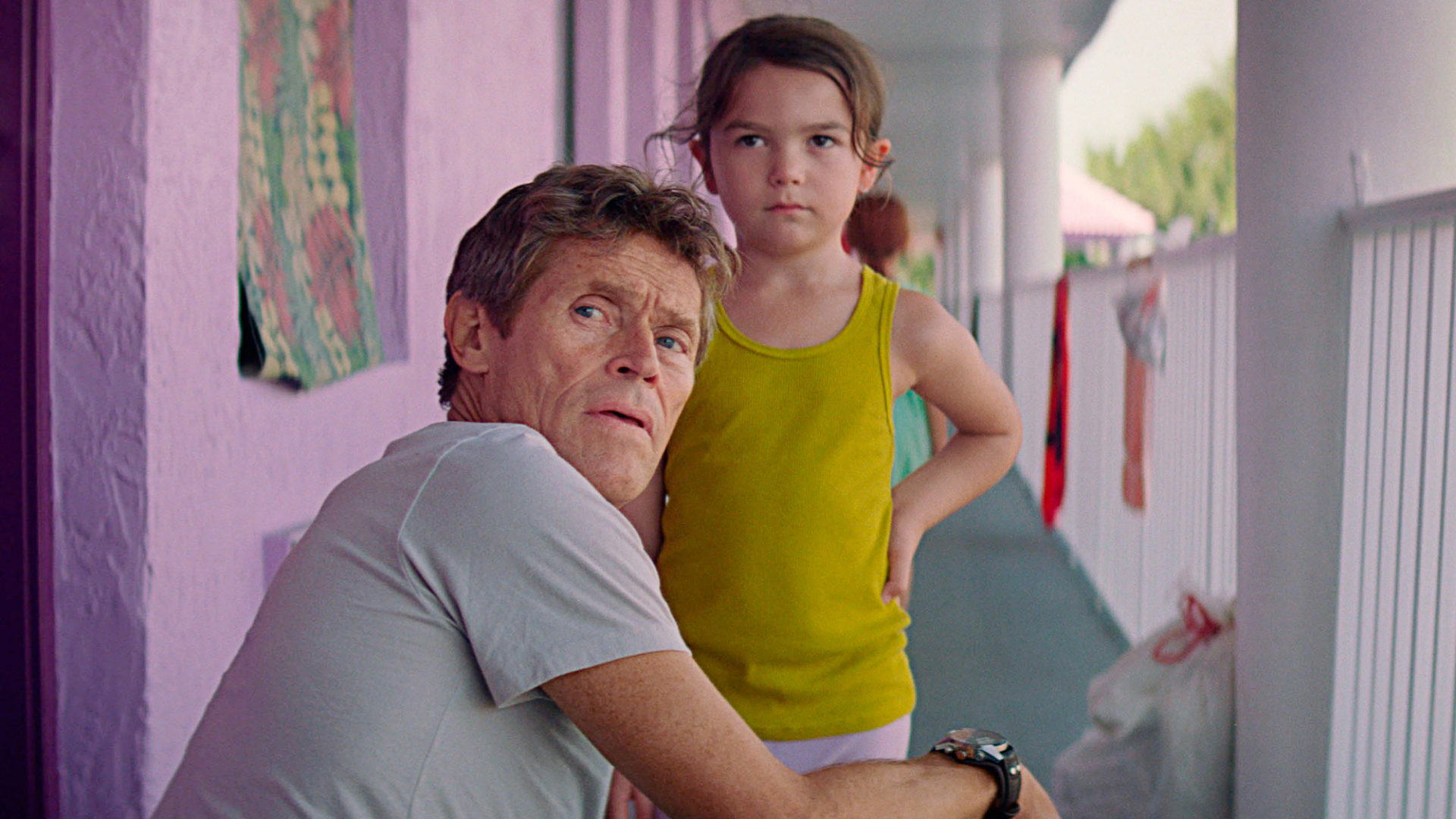 “Raw, exuberant, and utterly captivating ... A masterpiece of empathy and imagination.”

A magisterial work of bursting emotion and heart-rending humanism, Sean Baker’s sixth feature feels like the crescendo of the indie stalwart's career to date. Set on a stretch of Orlando asphalt not far from Disney World, this exquisitely realized film follows six-year-old Moonee (breakout star Brooklynn Prince) and her resilient mother Halley (Bria Vinaite), full-time residents of the squalorous zero-star motel The Magic Castle. While Moonee delights in the wonderland of her surroundings — a ragtag crew of playmates in carouselling supply — Halley scams and strips to support their hand-to-mouth existence, itself on the brink of collapse. Willem Dafoe, in an Oscar-nominated performance, is their tough-hided, kindhearted motel manager. Gorgeously shot on 35mm by famed Carlos Reygadas cinematographer Alexis Zabe, Baker’s widely applauded film is a poignant portrait of childhood, economic hardship, and love.

Print courtesy of A24.

Sean Baker will introduce The Florida Project and participate in a post-screening Q&A on Thursday, December 5 as part of our Opening Night event.