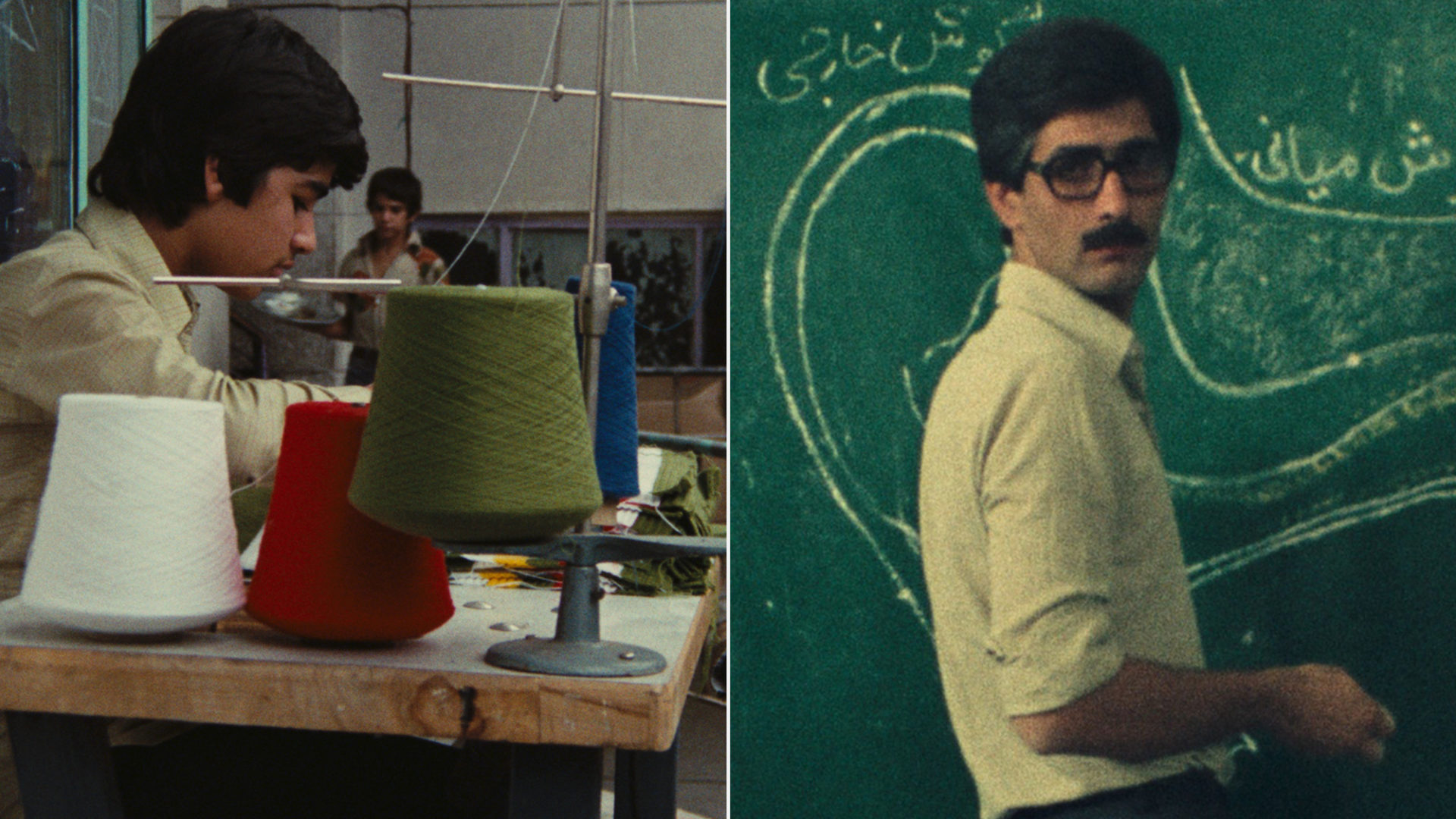 “In this neorealist comedy about the nature of friendship and the importance of money, a woman orders a new suit for her son to wear to a wedding. The tailor’s apprentice and his two teenage friends covet the fetching ensemble, and hatch a plan to borrow it for the night just to see how it feels — a plan that of course goes comically (and suspensefully) awry as the clothing passes among the trio, threatened by mishap at every moment” (TIFF).

Two versions of a classroom discipline situation are dramatized in Kiarostami’s fascinating (and politically charged) documentary, started under the Shah but completed in the early days of the Islamic Revolution. In one case, a group of students refuses to rat out a troublemaker in their midst to the teacher; in the other, a pupil fingers the culprit. The director then asked several prominent Iranian figures to comment on the outcomes. ​“A seemingly simple classroom struggle between teacher and students becomes an absorbing lesson in solidarity, ideology, and resistance in Kiarostami’s gripping documentary … Astoundingly, many of the interviewees would become key figures — or victims — of the revolution” (Jason Sanders, Pacific Film Archive).