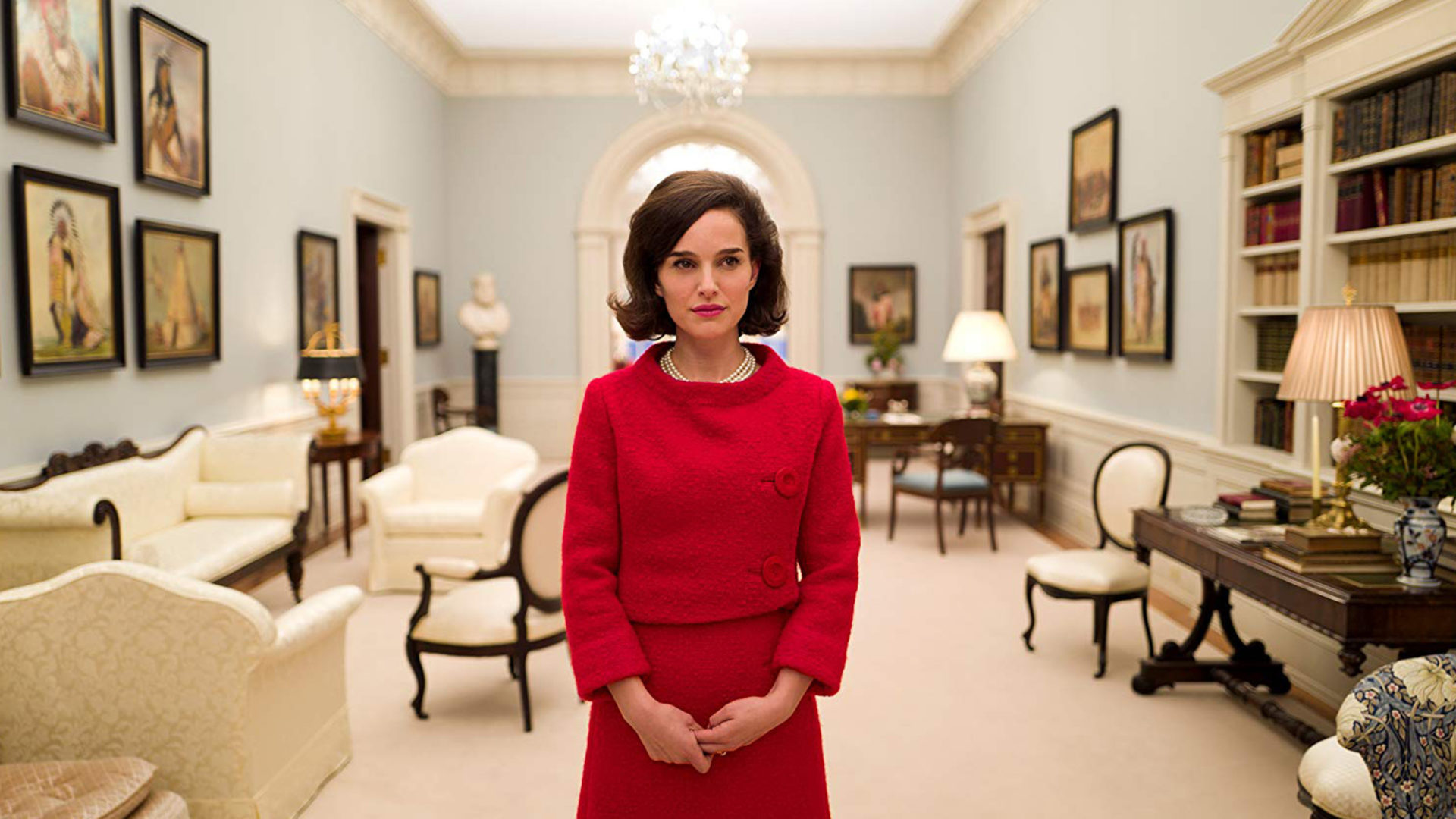 “Portman is altogether astonishing … A singular vision from an uncompromising director.”

Chilean standout Pablo Larraín (Tony Manero, No) made his English-language debut with this bold anti-biopic, an intimate, deeply sorrowful portrait of Jacqueline Kennedy in the immediate aftermath of an era-defining tragedy, the assassination of her husband, the U.S. president, in November 1963. Jackie immerses us in the psyche of the traumatized woman still wearing, or barely out of, her blood-stained pink Chanel suit. She is also, in the midst of her devastation, entirely aware of the public and political demands on her grief, and fiercely determined to control the terms of her husband’s funeral. Natalie Portman, never better, is transfixing in the lead. Larraín’s beautifully composed, non-linear film, based on an interview Jackie gave to Life magazine’s Theodore H. White (played by Billy Crudup) a mere week after the assassination, impresses with its intelligence and restraint. Mica Levi (Under the Skin) composed the striking score.

“To watch Portman’s every move is to not only watch history being recreated, but to also witness history being made. No one will ever be able to touch this role again.”