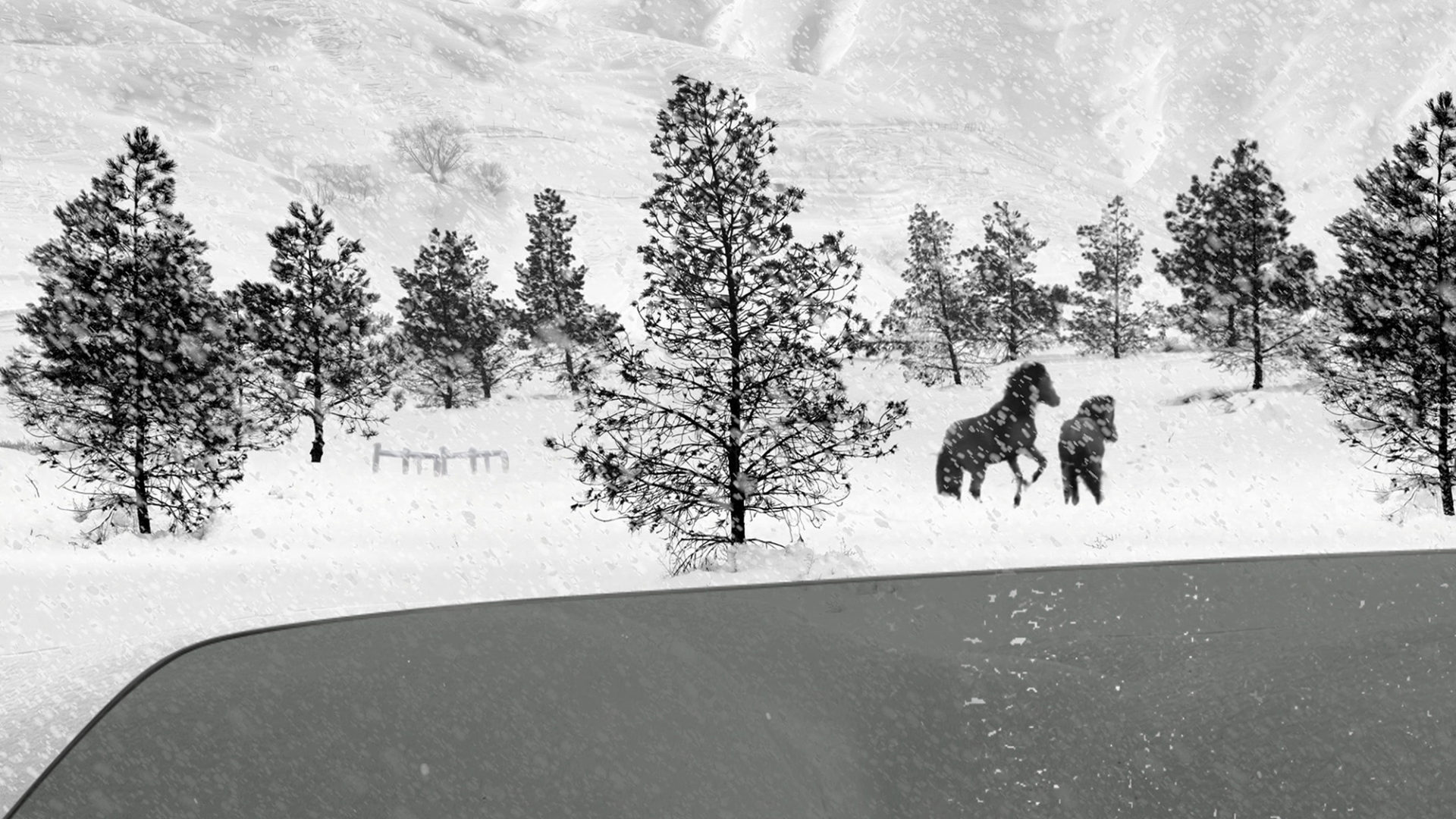 “It’s somewhere between a film, an art installation, and a series of vaguely unsettling screensavers … Above all, it breathes with the sensibility of an artist who saw beauty in people and places where most of us never thought to look.”

“What happens before and after a photograph is taken?” Kiarostami’s unclassifiable final film, posthumously completed by son Ahmad, brings together two of the Iranian master’s passions: cinema and landscape photography. Kiarostami selected 24 still images — some colour, some black-and-white, most his own photos of landscapes and wildlife, but also Bruegel the Elder’s 1565 painting The Hunters in the Snow. Imagining the moments before and after these images were frozen, Kiarostami used digital animation to transform them into short motion pictures of evocative, ethereal beauty. The experimentation with digital video and landscape recalls the director’s 2003 work Five Dedicated to Ozu. The nod to cinema history in the final frames of 24 Frames is a fitting final coda for Kiarostami’s farewell.

“An attempt to entirely Buddhist-ize digital cinema … It’s Kiarostami’s phenomenological presence that somehow turns every image or camera posture into a question about living, seeing, empathy, and essence.”