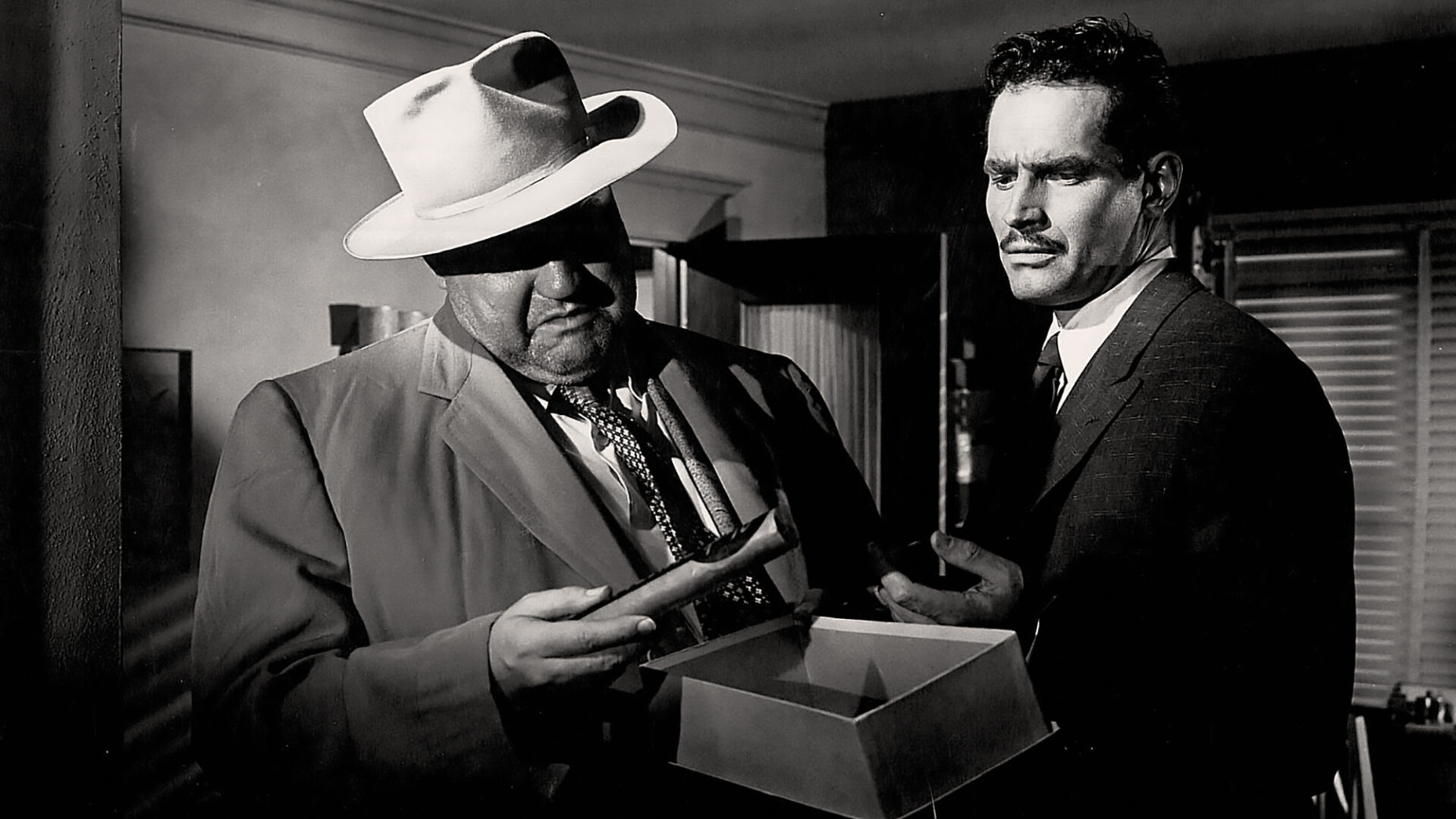 “Expressionistic in the extreme, filled with shadows, angles, and cinematic flourishes, the film raises the usual brooding nightmare ambiance of film noir to a level few other pictures have attempted.”

A ​“Goya-like vision of an infected universe” (Peter Bogdanovich), Orson Welles’s spectacularly seedy 1958 noir (screening here in its 1998 reconstruction) is one of the great director’s major masterpieces. Adapted from a pulp novel by the pseudonymous Whit Masterson, Touch of Evil is set in a town along the California-Mexico border, where a murder investigation brings Mexican narcotics agent Vargas (Charlton Heston), honeymooning with his American wife Susan (Janet Leigh), into conflict with corner-cutting Hank Quinlan (Welles), the local American lawman. Employing his characteristic baroque compositions, director Welles weaves a tour-de-force tapestry of the grotesque out of flea-bag motels, pot-smoking delinquents, butch bikers, and sweaty backwater hoodlums. Marlene Dietrich appears as the madam of a Mexican bordello. The swooning, three-minute, single-take opening sequence ​“may be the greatest single shot ever put on film” (James Monaco, The Movie Guide).

“It was Orson Welles’s last Hollywood film, and in it he makes transcendent use of the American technology his genius throve on; never again would his resources be so rich or his imagination so fiendishly baroque.”