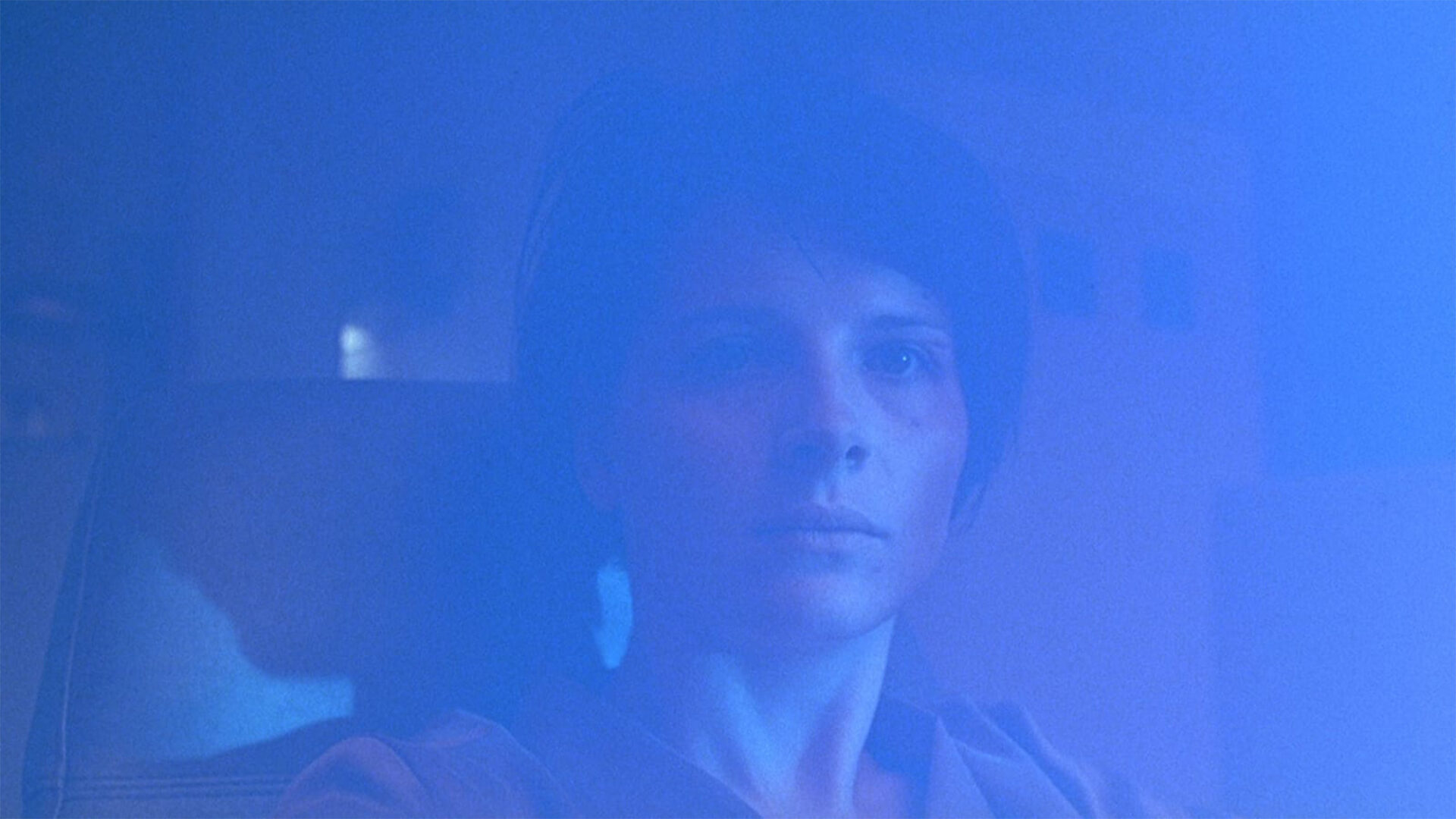 “Daring in its willingness to risk looking maudlin by dealing with extremes, Blue doesn’t hesitate to explore spiritual and psychological states that are beyond many films.”

Blue is the first film in the much-admired Kieślowski trilogy based on the French tricolour flag, and on the French Revolution’s three tenets of Liberté, Egalité et Fraternité. An enigmatic, metaphysical study of liberty, it stars Juliette Binoche as a young woman whose world comes crashing down around her when her composer husband and small daughter are killed in a car accident. In the aftermath of the tragedy, she seizes the opportunity to create a new existence for herself, ​“free” from the past and its relationships, but her old life proves impossible to simply deny. ​“Blue is a film of mood and atmosphere, shadow and light, music and gesture. Like all great cinema, it offers up revelations, rearranging the way we see things. Utilizing the pictorial brilliance of [cinematographer] Slawomir Idziak … Blue dazzles with its succinct emotional power, insights and technical genius—culminating, in the final moments, in an overwhelming spiritual climax” (Piers Handling, TIFF). In French with English subtitles.

“Blue is a movie that engages the mind, challenges the senses, implores a resolution, and tells, with aesthetic grace and formal elegance, a good story and a political allegory.”

“Indisputably the work of a master … This is a movie in which Kieślowski’s own liberty manages to sing and soar.”