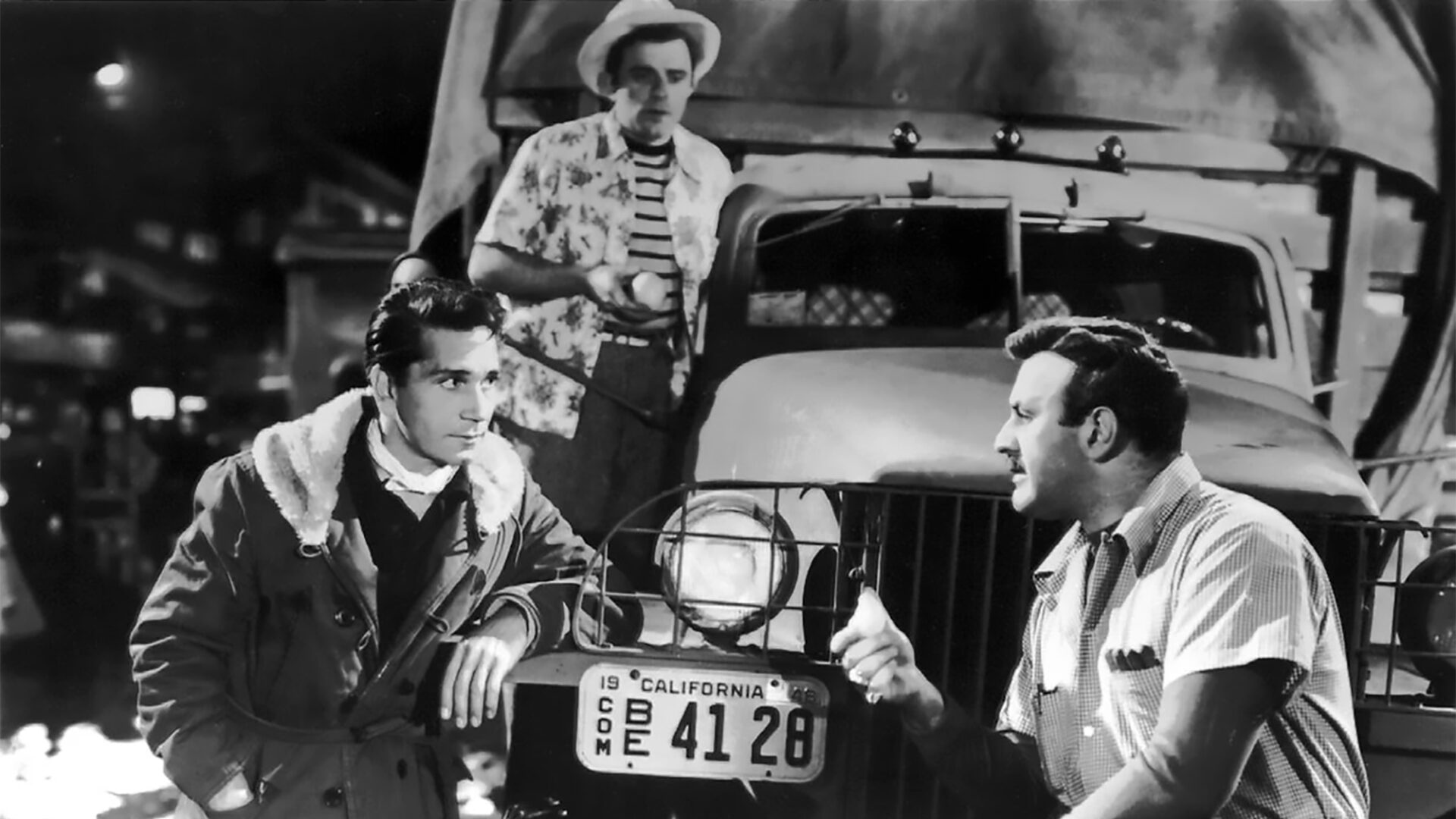 “Slots sleazy eroticism and rigorous action seamlessly together into a high-grade trucking melo. Nothing more, but nothing less, which in the ​’40s was the most triumphant kind of American success.”

A California trucker seeks revenge again the racketeer who crippled his father in this high-octane, hard-as-nails noir from American neo-realist Jules Dassin (Brute Force, The Naked City, Night and the City), a champion of on-location shooting and social drama. Richard Conte is war veteran and rig driver Nick. Lee J. Cobb is ruthless San Francisco fruit-and-vegetable dealer Figlia. Hollywood newcomer Valentina Cortese is streetwalker Rica, with whom Nick has a steamy relationship. Dassin’s feverish film was made from a novel and screenplay by noir writer A.I. Bezzerides (Desert Fury, On Dangerous Ground).

“You will never be able to eat an apple or tomato again without calling up visions of trickery, mayhem, vandalism, and violent death.”