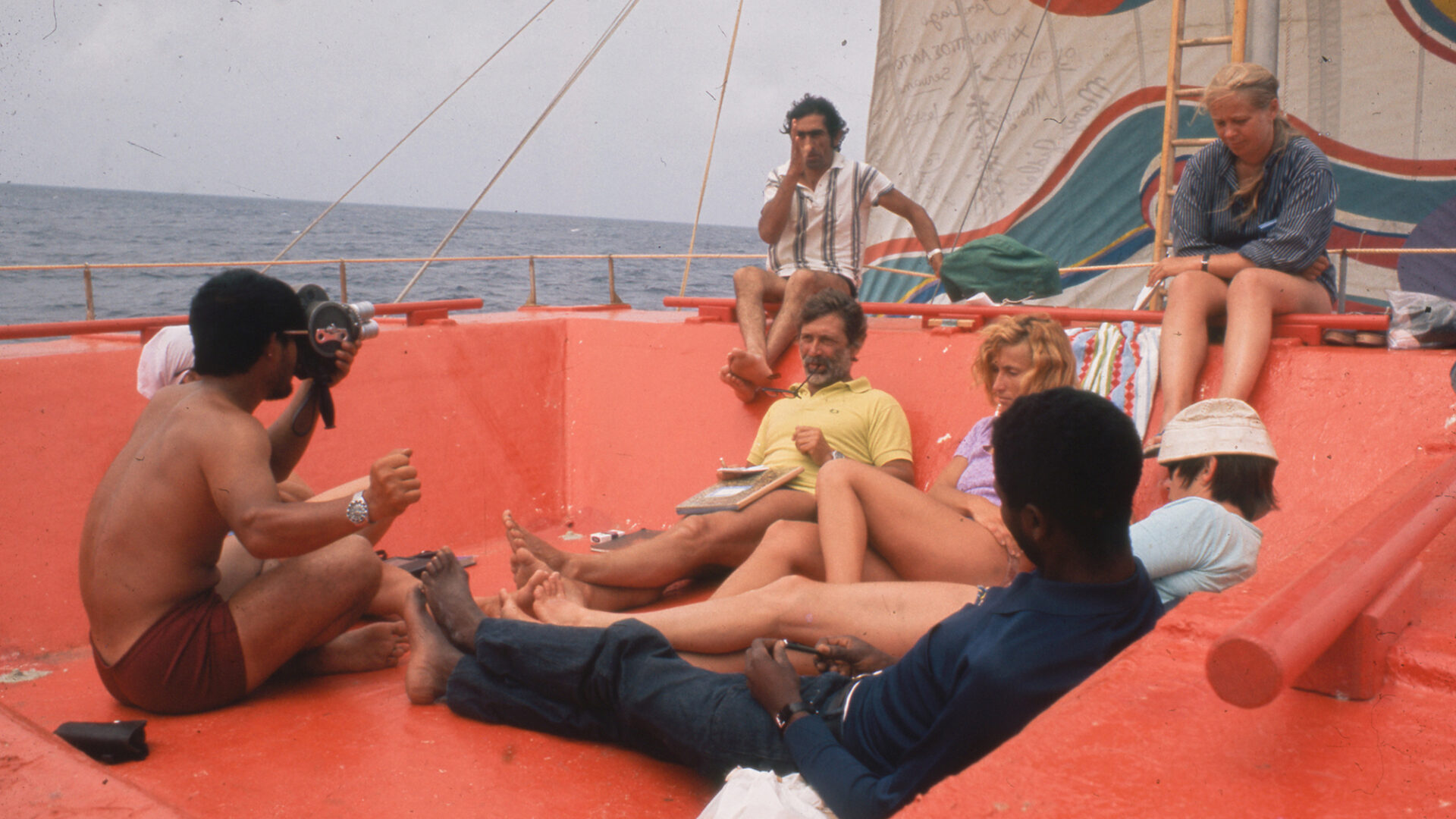 The top-prize winner at Copenhagen’s CPH:DOX in 2018, Marcus Lindeen’s engrossing documentary recounts the baffling 1973 Acali Experiment, in which 11 perfect strangers drifted across the Atlantic on a cramped, motorless raft as part of a ​“scientific” study on the origins of violence and aggression. Conceived and conducted by radical Mexican anthropologist Santiago Genovés, the controversial social experiment tasked ten volunteers—six women, four men, from diverse ethnic, religious, and socio-economic backgrounds—to float from the Canary Islands to the Americas on a vessel designed for minimal privacy and maximal sexual temptation; i.e., the perfect kindling for conflict! Lindeen’s film has the boat replicated on a soundstage and the surviving participants reflecting on their 101-day stint aboard the ​“sex raft” (so-called by scandal-stoking tabloids) and their near-murderous relationship with Genovés, the reckless puppet master who took things dangerously too far.

Dr. Gibson is a clinician working in health care as an ethicist. Her PhD work focused on ethical issues with end-of-life care in hospitals.

Dr. McKellin is the Associate Chair of the UBC Behavioural Research Ethics Board, and an Assistant Professor and medical and social anthropologist within UBC’s Department of Anthropology.

“Sensitive and spellbinding … A bizarre, captivating, and borderline unbelievable memory play that only supports a hypothesis Genovés wasn’t prepared to consider: We are blind to the world as it is when we only saw the world as we are.”