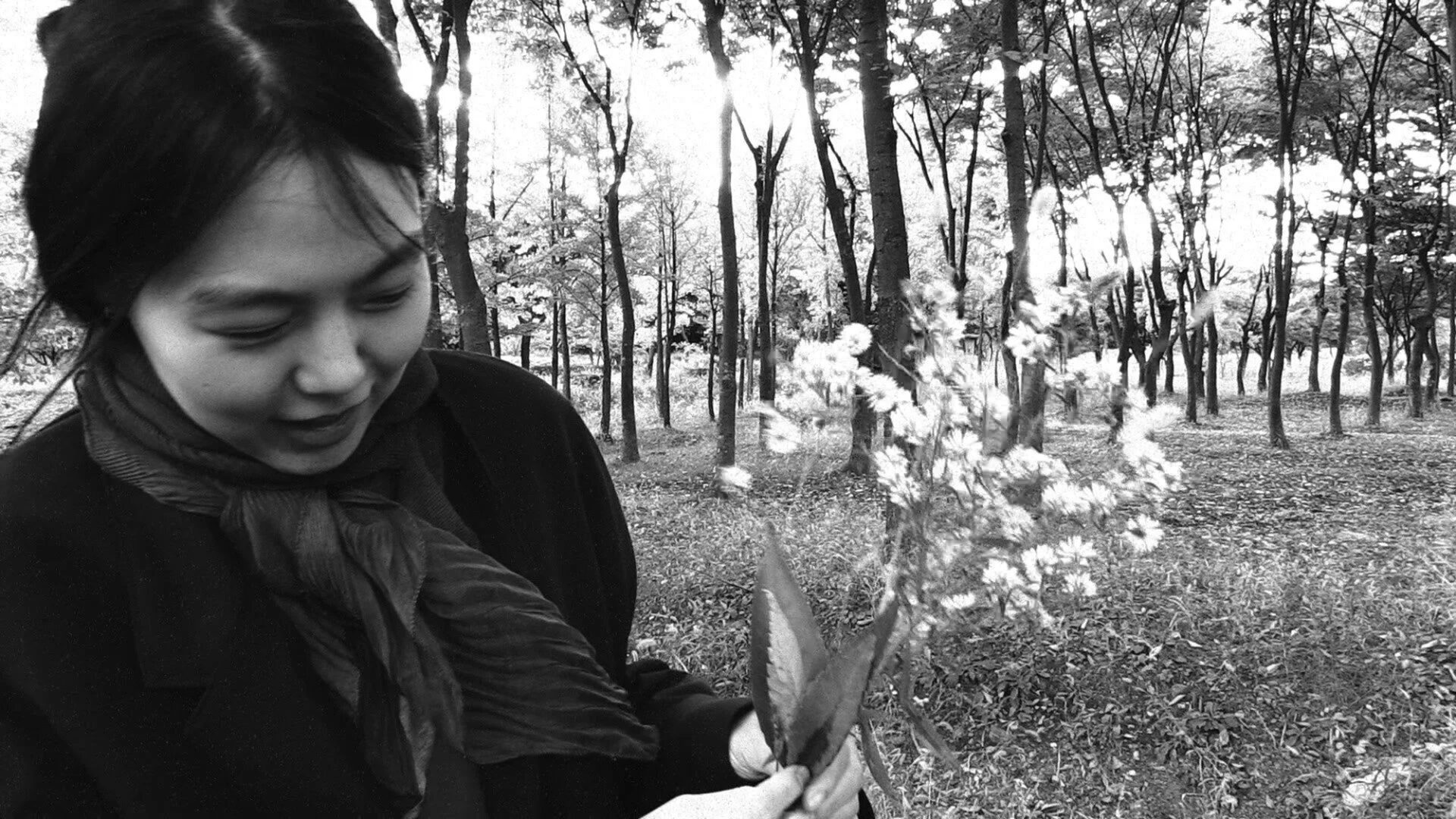 “One of the director’s sweetest films, registering ultimately as a touchingly sincere tribute to his life in filmmaking, and to love discovered through art-making.”

Hong Sang-soo, whose sophisticated small-scale cinema is no stranger to The Cinematheque, offered two new chapters to his expansive and richly interwoven oeuvre in 2022. The Novelist’s Film, the earlier and more outwardly autofictional of the pair (the other being Walk Up), won its director the jury prize at Berlin. Lee Hye-yeong (In Front of Your Face) stars as a successful novelist visiting an old friend during a period of creative idleness. A series of random and increasingly circular encounters follow, with a director (Kwon Hae-hyo) she knows, a famous actor (Kim Min-hee) she admires, and a drunken poet (Gi Ju-bong) she once slept with. At some point, the author decides she wants to make a movie. Shot in steely, high-contrast black-and-white (well, mostly), and punctuated by Hong’s signature zooms, this almost-latest from the South Korean auteur is a quietly moving, open-hearted meditation on the art life and those you share it with.

“The Novelist’s Film culminates in a mood of quizzical artistic self-interrogation that feels spry and distinct—with at least a trick or two added to the director’s rumpled, well-worn bag. (Viewers are advised to stay through the closing credits, for one thing.)”

“Another focused, charming autofiction [from Hong], well-structured yet open to the inspirations of serendipity.”