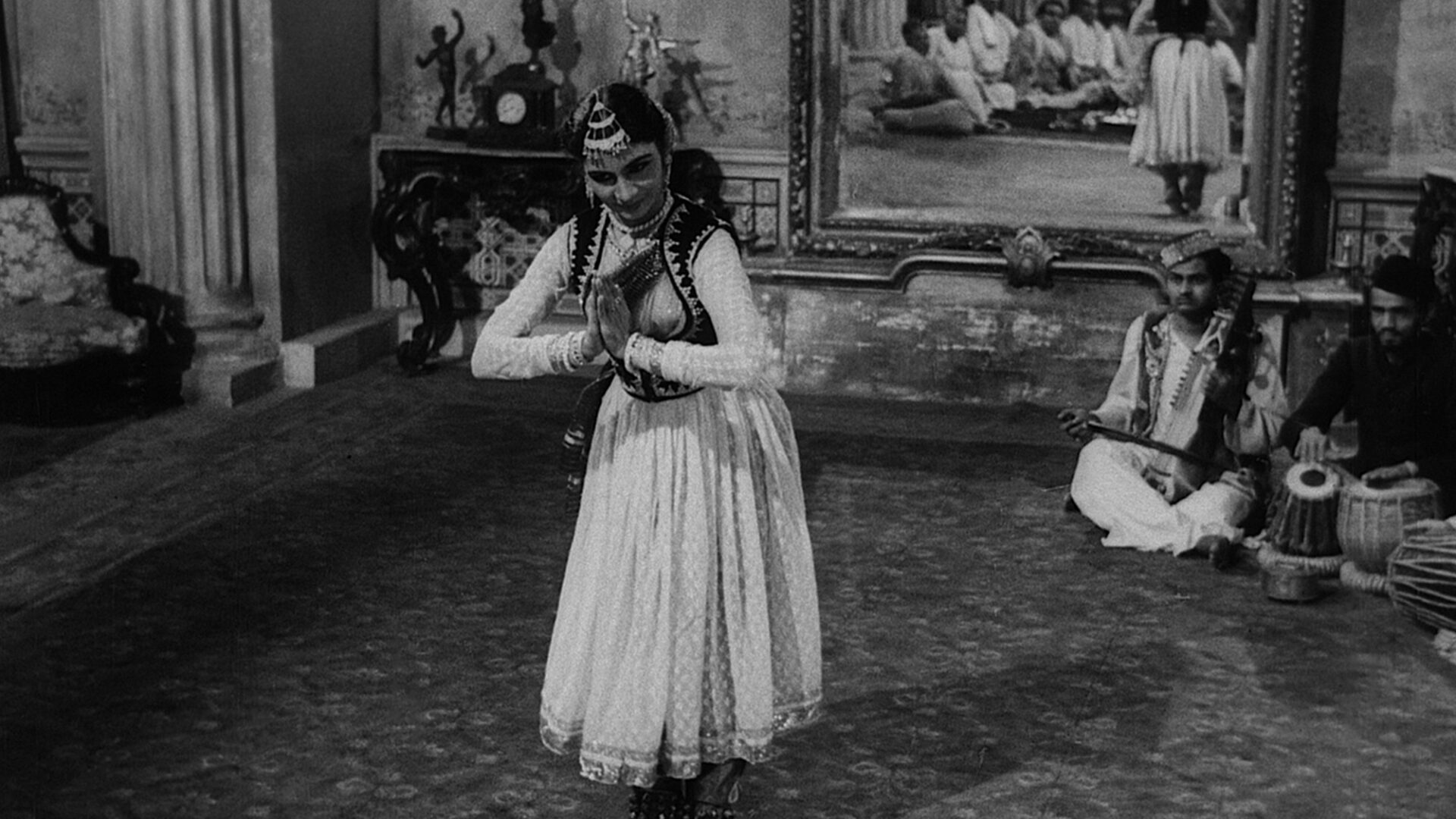 “Magnificently visual, thanks to Subrata Mitra’s superb camera-work … Among the best films of all time.”

Satyajit Ray’s mesmerizing The Music Room, made between the second and third instalments of his much-lauded Apu Trilogy, has an elegance and formal control that established, early in the great filmmaker’s career, that his mastery was not limited to the extraordinary neorealism of the trilogy. The beloved Bengali actor Chhabi Biswas, in a signature performance, stars as an aging aristocrat of declining fortunes who, in an effort to upstage his upstart neighbours, squanders the remnants of his wealth hosting one last lavish musical party in his decaying mansion. Exquisitely photographed by Subrata Mitra, and featuring some of the foremost Hindustani classical music artists of the 1950s, this elegiac work is widely considered one of Ray’s finest. The director himself once remarked, ​“I doubt if I could ever have made the film without an actor of the calibre of Chhabi Biswas. Probably not. Only a genius like him could portray these myriad emotions.”

“Engrossing … Ray’s most romantic film … The creation of a filmmaker with an artistic sensibility rarely found in the cinemas of any country.”

“Wonderfully evocative … There is something of Welles here, something, too, of Chekhov … Slow, rapt, and hypnotic, it is a remarkable experience.”