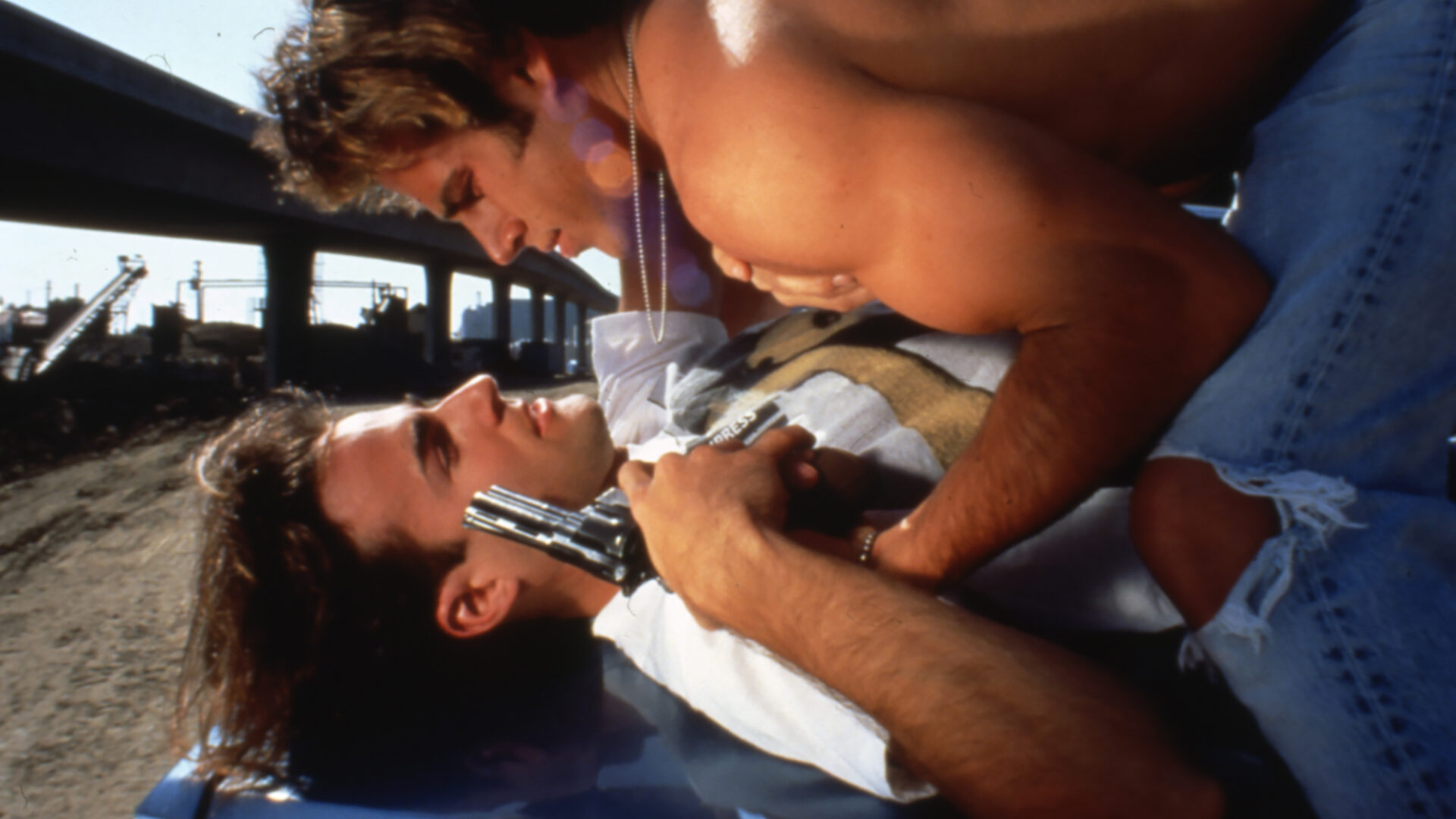 “Given our present-day sociocultural climate of rightwing oppression and rampant gaybashing, it seems even more relevant now than when it was written (under the title FUCK THE WORLD).”

This third feature film by Gregg Araki, an early and prolific member of the New Queer Cinema, has sometimes been referred to as a ​“gay Thelma and Louise.” In this raw, raucous, and sometimes brutally violent road movie, there is also ample time given to mischievous, outrageous comedy that somehow holds its own in what is essentially both a love story and a final burst of nihilistic freedom in the age of AIDS. Luke, played by now mixed martial artist Mike Dytri, is a sexy, restless, and reckless drifter. When he joins up with Jon (Craig Gilmore, who would also star in Araki’s Totally Fucked Up), a young, relatively timid but cynical film critic, the two embark on a semi-surrealistic trip across a desolate stretch of America. Both Luke and Jon are gay and HIV positive, but neither shies away from an intense sexual connection: their motto for the trip is the double-entendre-implied ​“Fuck everything.” – Bob Hawk & K.J. Relth-Miller

“A very independent independent film … The Living End is not a movie even vaguely interested in attracting a wide public.”

“The pull of the film is finally in something old-fashioned: the tenderness that, against the odds, develops between Jon and Luke; the unexpected sweetness splashed up against the despair.”