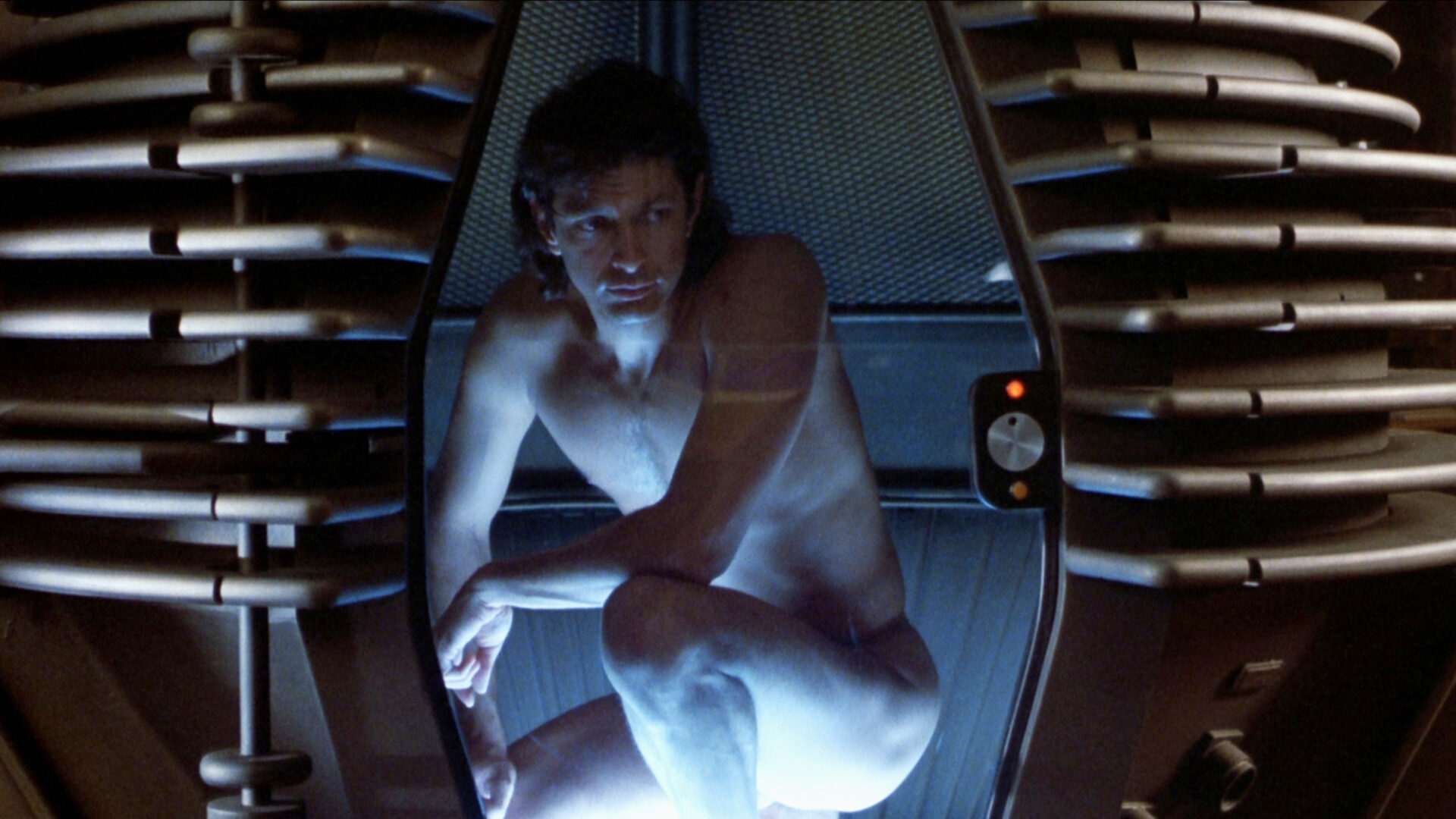 “The Fly is that absolute rarity of the ​’80s: a film that is at once a pure, personal expression and a successful commercial enterprise … Still stands out for the intensity of its shock sequences, which must rank with the most fiendishly imaginative and ruthlessly gut-wrenching ever recorded on film.”

Cronenberg’s superb AIDS-era remake of the 1958 horror/sci-fi classic stars Jeff Goldblum as a brilliant scientist whose genetic material is accidentally fused with that of a fly during the testing of a revolutionary new teleportation device. Geena Davis co-stars as the journalist with whom he has recently begun a relationship. Goldblum’s metamorphosis from mild-mannered mensch to grotesque monster can be read as a parable about violent amour fou and loss of self—The Fly, for all its visceral grisliness, is an intensely moving love story—and also as an allegory for the ravages of disease. With the subsequent Dead Ringers, it provided stellar proof of a mature and increasingly masterful Cronenberg still conjuring terror from the body horrific.

“The playful, quirky chemistry between Goldblum and Davis in the first half of the movie ensures that this gothic horror is heartbreaking as well as stomach-churning (the special effects by Chris Walas are still staggering).”