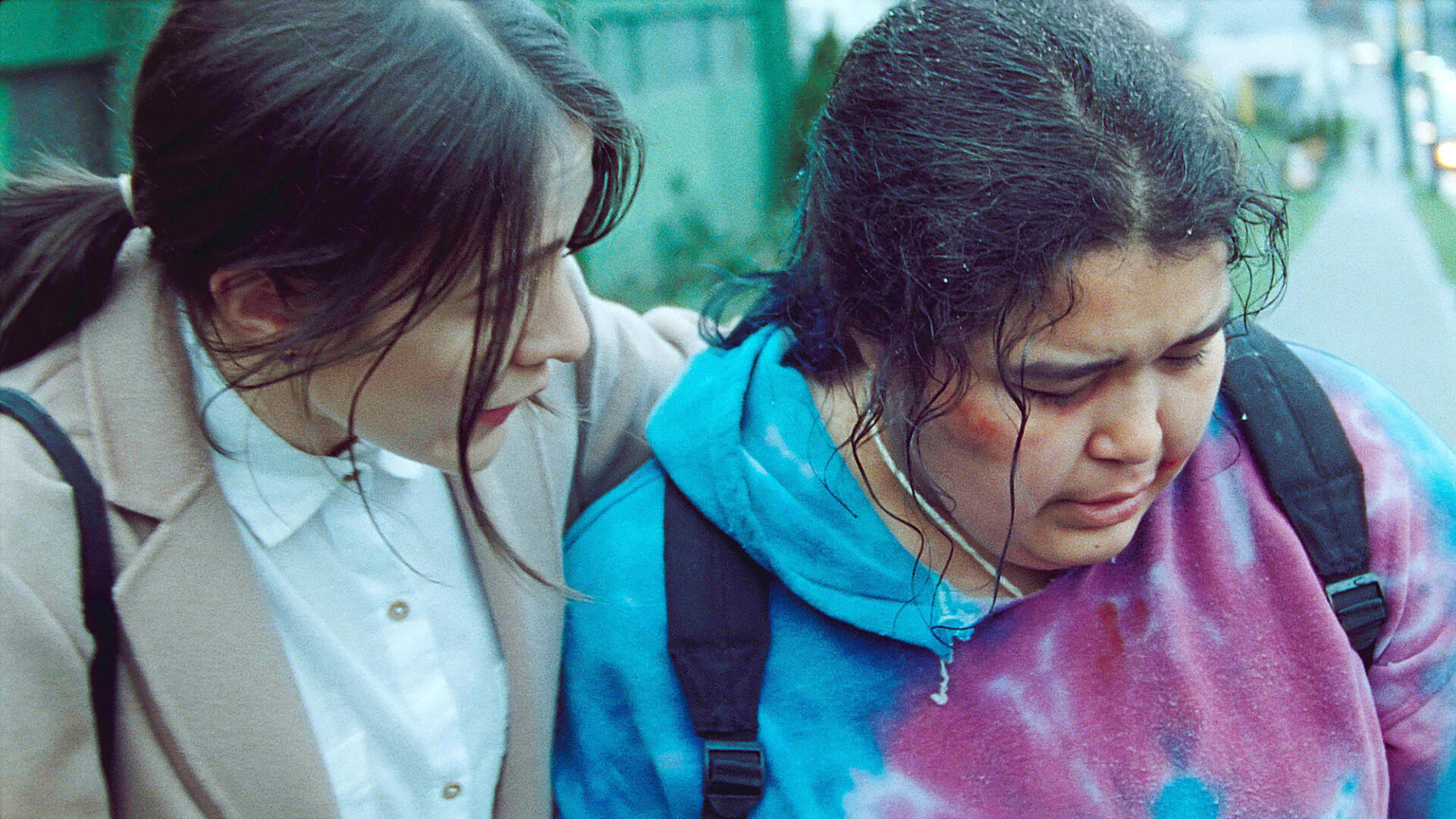 “Stirring and involving, immersive and authentic … It’s safe to say you haven’t seen too many movies quite like it.”

A chance encounter between two Indigenous women from different worlds propels this daring, delicate, and much-lauded Vancouver feature, co-written and co-directed by Elle-Máijá Tailfeathers and Kathleen Hepburn. Tailfeathers, doing triple duty, plays Áila, who is returning from a medical appointment to her East Van home when she sees Rosie (newcomer Violet Nelson), a young Kwakwaka’wakw woman, standing barefoot and bedraggled in the rain. Rosie has fled an abusive boyfriend; Áila resolves to help her. An intimate, urgent drama unfolds, in something like real-time, over the course of a night; the film appears to be shot in one single, continuous take. Tailfeathers, of Blackfoot and Sámi heritage, here makes her feature directorial debut (her documentaries were showcased in a 2019 Cinematheque exhibition). Hepburn has a prior feature to her credit, 2017’s Never Steady, Never Still. The Body Remembers won Canadian Screen Awards for Direction, Original Screenplay, and (Norm Li’s) Cinematography.

“One of the most celebrated B.C. films of recent years, and a fascinating technical stunt in the illusion of real-time filmmaking. Shot on Super 16mm, which gives it a contemporary artistic glow but also a hit of nostalgia for Vancouver films shot in colour in the rain in the 1970s. The tour-de-force lead by Violet Nelson is startling and moving in its generosity and truth. Amongst a new generation of strong young filmmakers, here are powerful authorial voices.” Harry Killas

“Involving and quietly haunting … There’s a wrenching sadness to this simply-told story, but also a heartrending hope.”