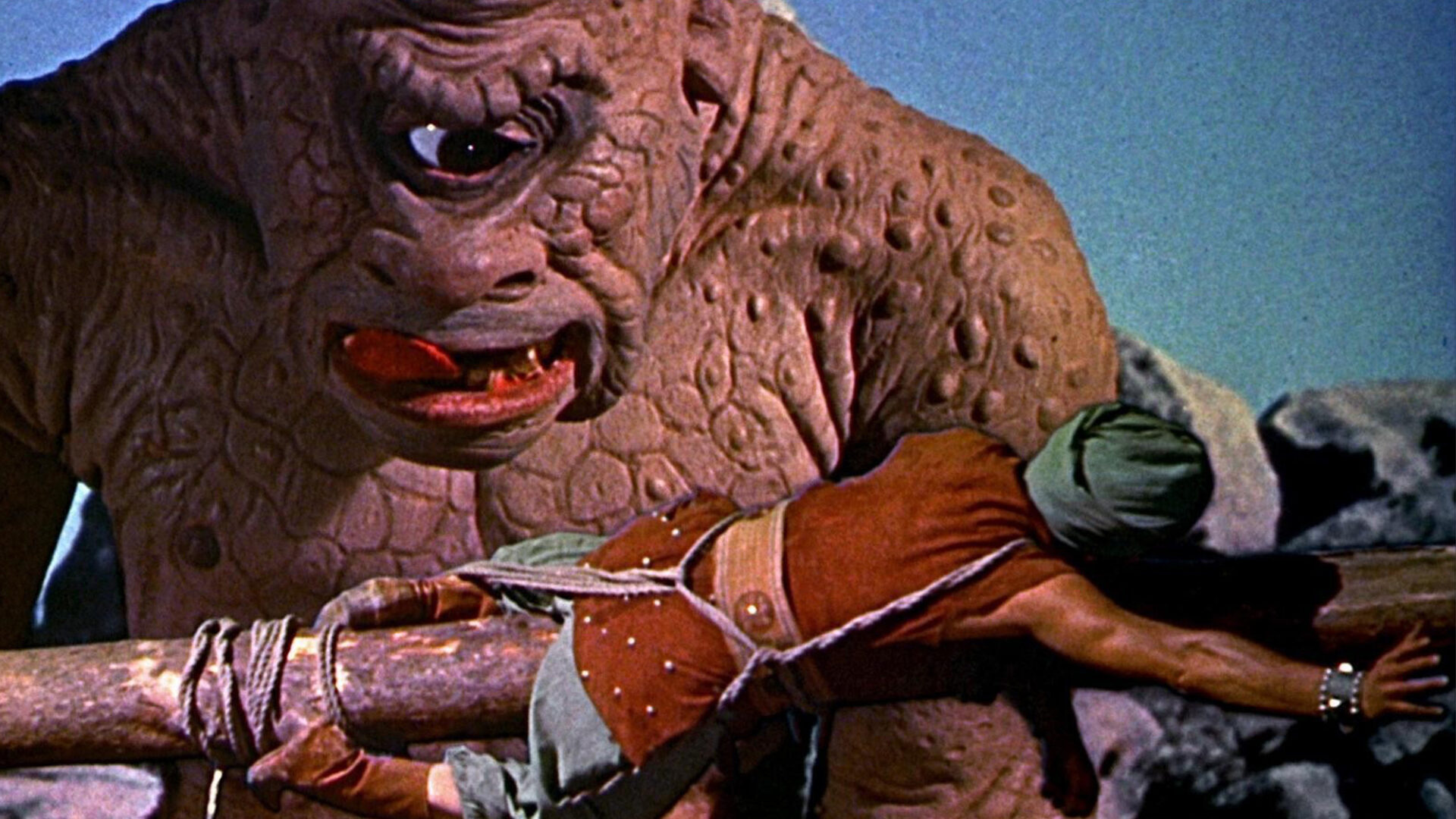 “Harryhausen has been an inspiration to us all … Without Ray Harryhausen, there would be no Star Wars.”

Pure movie magic! Special-effects legend Ray Harryhausen is the real hero of this eye-popping fantasy adventure, directed by Nathan Juran and inspired by the Arabian Nights exploits of legendary seaman Sinbad the Sailor. The colourful tale has Sinbad and his crew battling an evil magician over a magic lantern, imperilling Princess Parisa, Sinbad’s sweetie, in the process. What truly sticks in the mind are the astonishing creations of Harryhausen’s creature-feature imagination: the horned Cyclopes, cobra-woman, two-headed Roc, skeleton warrior, fire-breathing dragon, and much else besides. The top-notch score by legendary film composer Bernard Herrmann is notable too. Harryhausen, as a child, was inspired to take up stop-motion animation by the 1933 classic King Kong. The 7th Voyage of Sinbad, an awe-inspiring showcase of Harryhausen’s signature ​“Dynamation” technique, has itself dazzled and delighted generations of young movie-watchers and future movie-makers!

“Harryhausen was, obviously, a genius, infinitely ahead of his time. He inspired us all with his skill and imagination.”