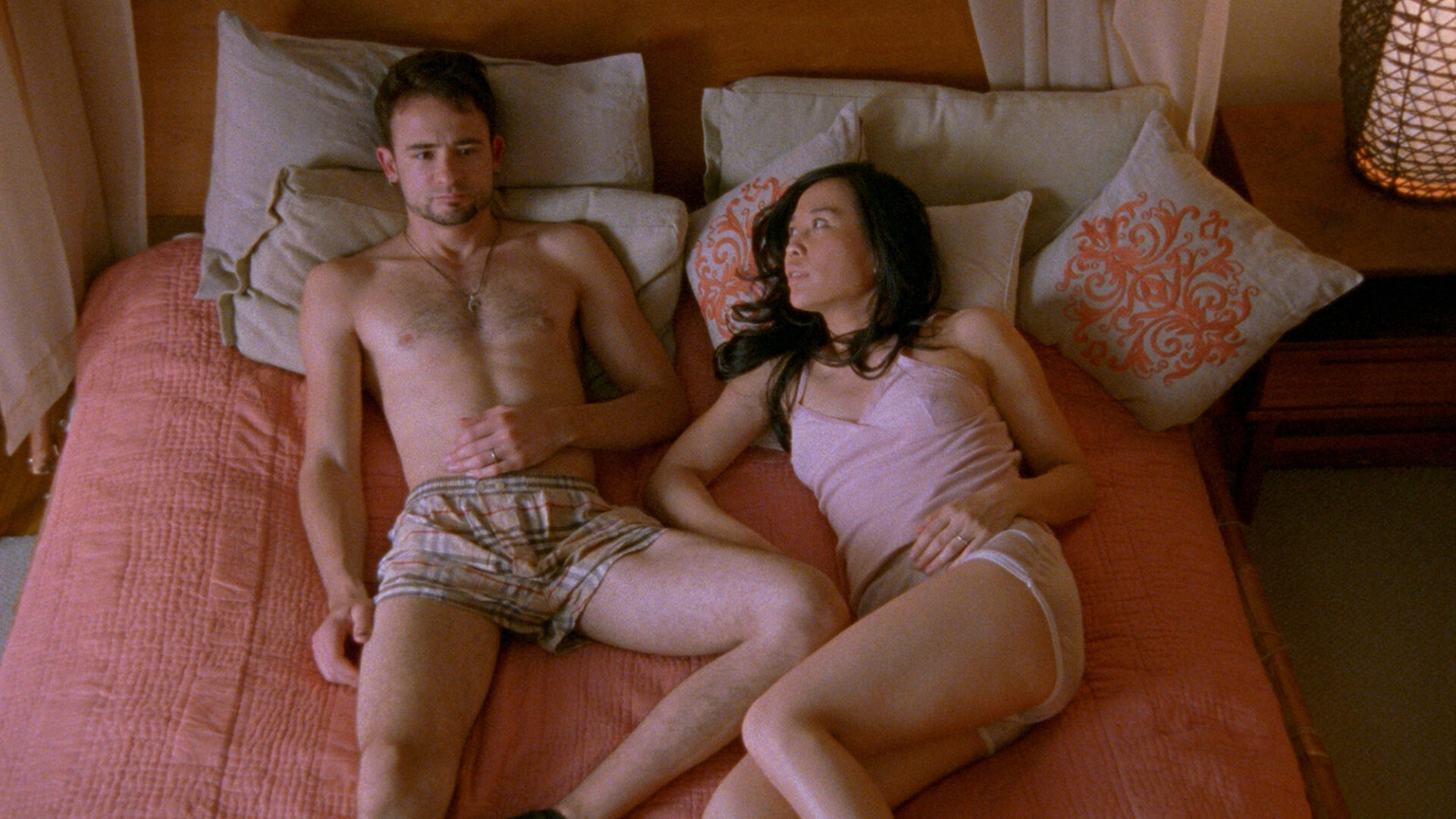 “One of the best films of 2006 … Anyone who’s seen Shortbus has experienced something special.”

“Voyeurism is participation.” Get in on the action as John Cameron Mitchell’s big-hearted, X‑rated sex comedy returns to theatres—well, some theatres—in a glossy new restoration. Mitchell’s follow-up to his stage-to-screen glam-rock musical Hedwig and the Angry Inch stars Vancouver’s own alt-rocker Sook-Yin Lee as Sofia, a Canadian couples counsellor in NYC who has surrendered to the notion that the female orgasm is a myth. In a bid to get her off, two gay clients invite Sofia to Shortbus, an underground salon for queer expression and acceptance—and a whole mess of any-kink-goes carnality! The sweet but explicit film makes rare use of unsimulated sex (then on the upswing in arthouse cinema) as a casual, often comedic component of its good-natured storytelling. Lee, a CBC radio host at the time, nearly lost her job for taking the bare-all role. Yo La Tengo and Animal Collective feature on the indie-centric soundtrack.

“If there is such a thing as hard-core with a soft heart, this is it.”

“As utopian visions go, it doesn’t get much better than Shortbus … An ode to the joy and sweet release of sex, the film manages to be a sincere, modest political venture that finds humor where you might least expect it.”

“The boldest provocation of Mitchell’s sweet, tender, and gently funny film may be its exuberant celebration of community and togetherness at a cultural moment rife with fatalism and disconnect.”