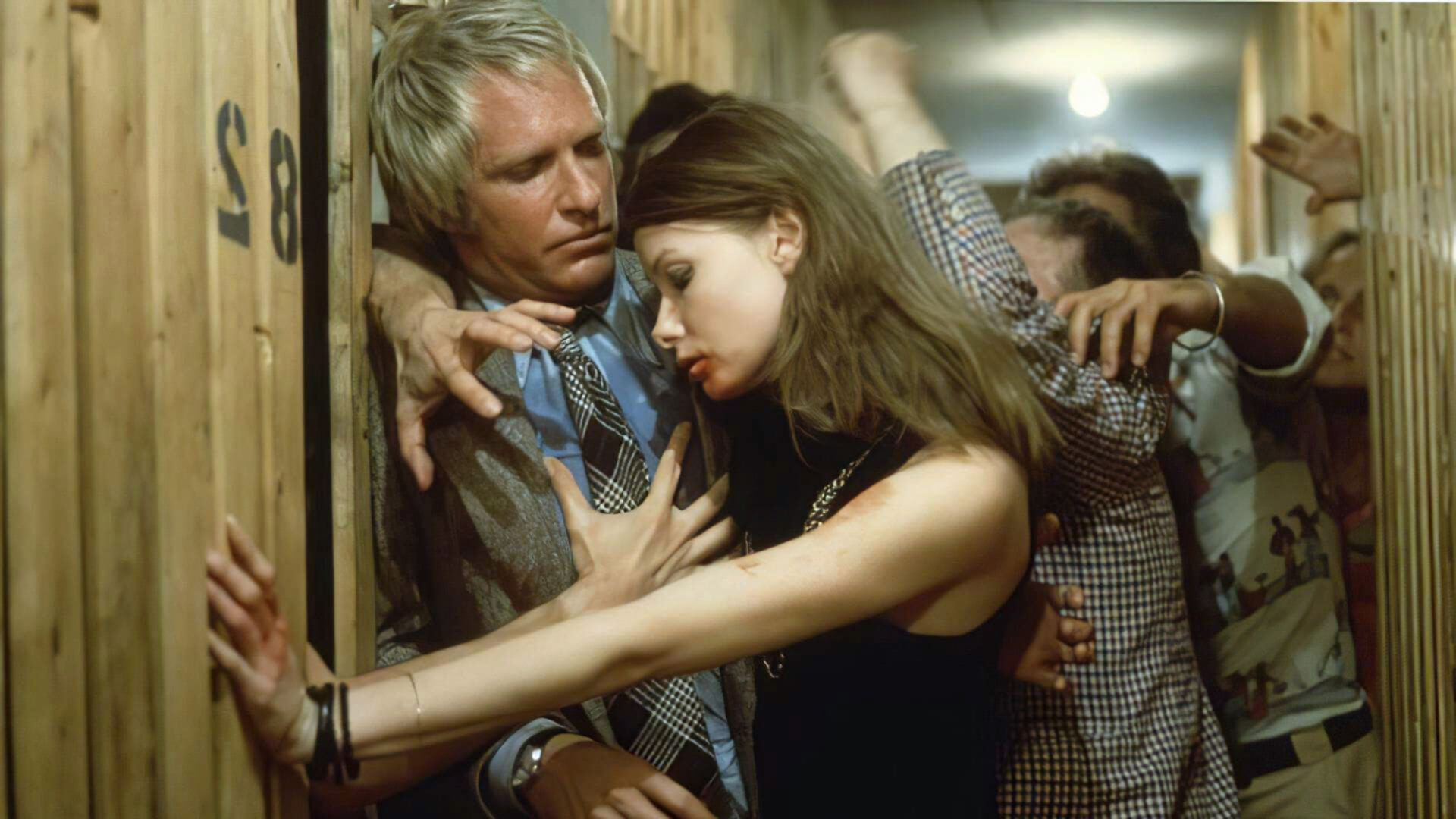 “The film represents a major turning point in the genre—the discovery of the body itself as a source of terror. Cronenberg’s later films are superior in technique, though not necessarily in intensity.”

Seeking to create ​“a combination of aphrodisiac and venereal disease that will hopefully turn the world into one beautiful, mindless orgy,” a misguided scientist unleashes a deadly parasite that transforms the residents of a Montreal apartment complex into sex-crazed homicidal maniacs! Also known as They Came from Within (an apt descriptor of the director’s major thematic), Cronenberg’s first commercial feature offers a sly, subversive, sensationalistic take on the sexual revolution. It was famously attacked—as ​“an atrocity” and a disgrace to taxpayers—by Robert Fulford in Saturday Night magazine, and was the subject of debate in Parliament. The brouhaha, said Cronenberg, made it harder to fund future projects—even though Shivers was the first profitable feature for the Canadian Film Development Corporation (forerunner of Telefilm Canada). A contentious early shocker from the pioneer of body horror, which set the stage for much to come.

“Cronenberg’s chill tone [makes] every scene writhe with unspeakable ambiguities … Not just cause for gore but an expression of how our more obscure internal certainties—home and consciousness itself—are at risk of profound disturbances.”