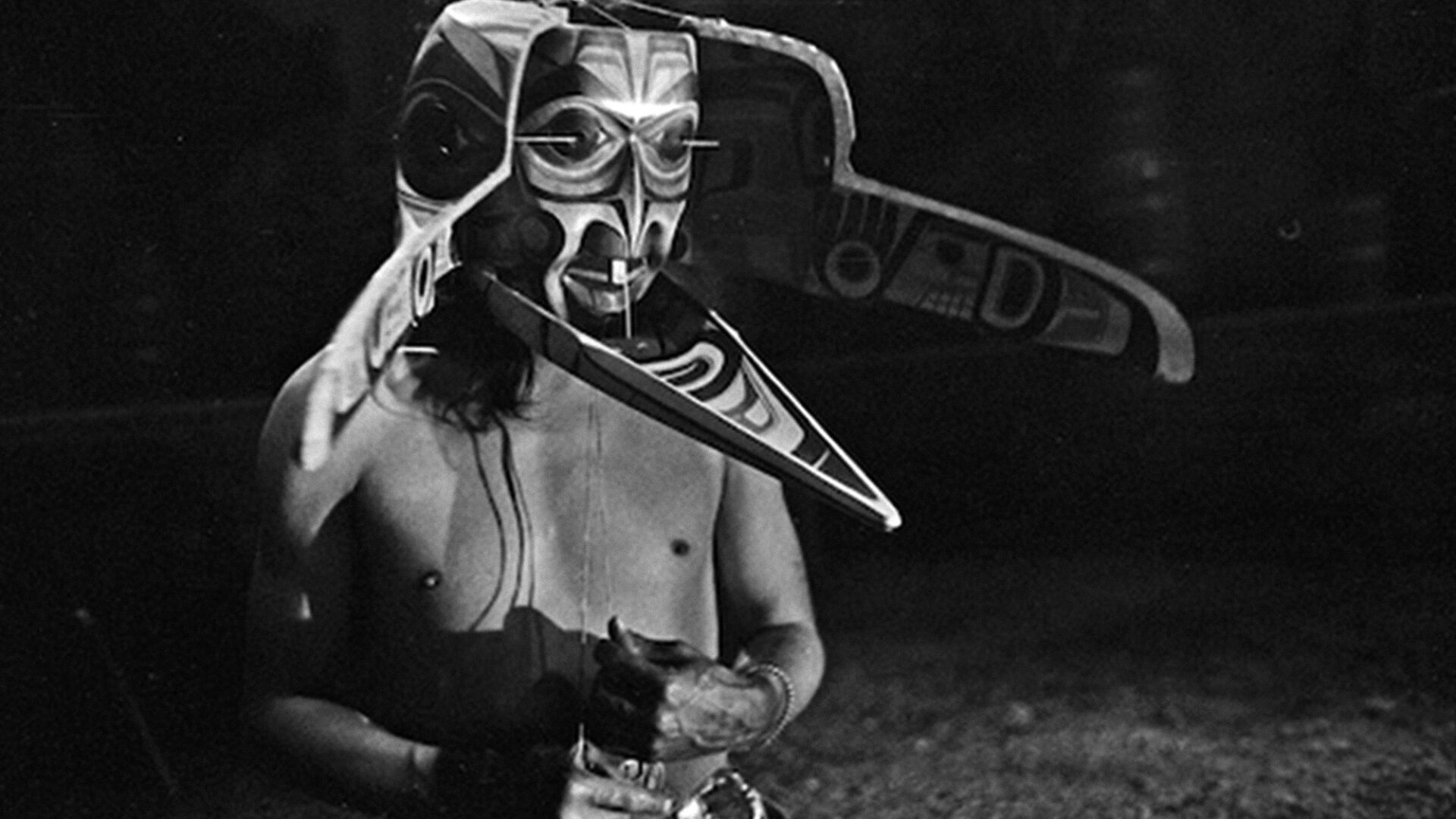 “A tribute to Tony Westman, who has been a part of the province’s film history since the early 1970s. Totally a key player in the film scene here—there is not a filmmaker of a certain generation that this film magician has not touched, either as director, cinematographer, or teacher. Of note, Westman has shot or directed seven films already shown in this series.” Harry Killas

“Contrasting ancient myth and modern reality, this short documentary examines the legendary relationship between West Coast Indigenous people and salmon, once their staple food. In the mythical realm, we learn how Raven finds riches in the harvest of the salmon, only to lose everything through a thoughtless act against the Spirit of the Salmon. So too do modern people jeopardize their living from the sea by heedless action. Images of ancient spear-fishing and primitive smoke-houses contrast with images of today’s Indigenous people operating a seiner and working in a cooperative cannery” (National Film Board of Canada).

New restoration! The wearable art creations of renowned Canadian fabric artist Evelyn Roth are showcased in Tony Westman’s ethereal short film, made in collaboration with Roth and her ​“moving sculpture company” of dancers. The work, a sea-to-shore creation myth articulated through landscape, costume, and modern dance, won Roth an ​“Etrog” for Best Art Direction at the 1977 Canadian Film Awards.

New restoration! Tony Westman’s award-winning documentary offers a window into the exotic and complicated career of Granville Johnston, a Black male stripper navigating his personal and professional life while working at the club and at a massage parlour. Written, directed, photographed, and edited by Westman.

Tony Westman lensed this Oscar-nominated half-hour documentary, which chronicles China’s efforts to provide healthcare, education, and skills to the roughly 350 million children under the age of fifteen in the country. The film was co-produced by the Soong Ching Ling Children’s Foundation of Canada, a charity devoted to improving the welfare of children in both China and Canada.

After the screening, Tony Westman will be in conversation with cinematographer-director Devan Scott, an Adjunct Professor at the University of British Columbia and a Sessional Instructor at Emily Carr University of Art + Design.