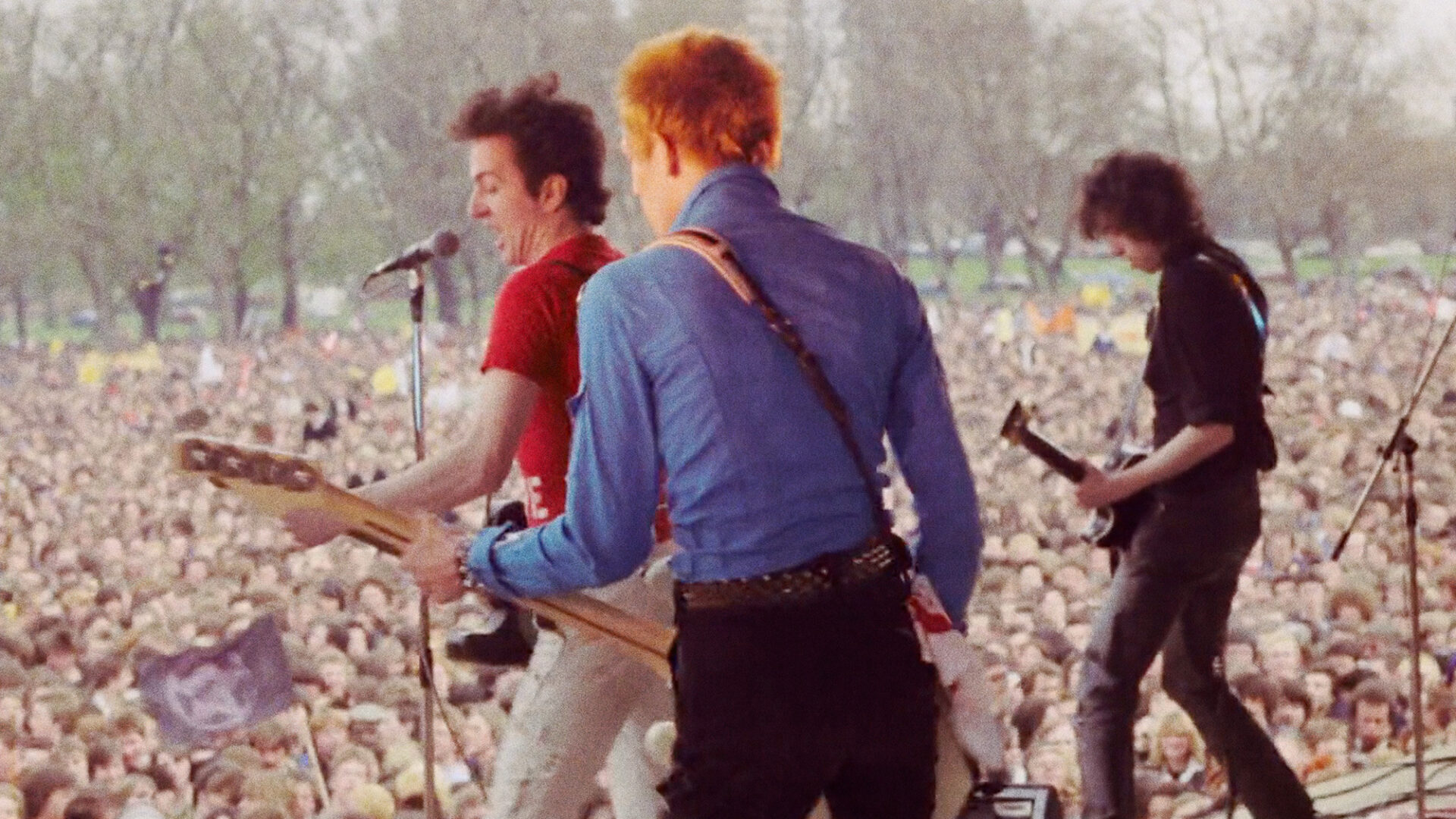 “Mesmerizing … Furiously alive … For anyone even marginally interested in The Clash’s music, they’re more than enough reason to see the movie.”

“Merging documentary and fiction, Rude Boy follows roughneck Ray Gange as he drops his Soho sex-shop job to roadie for The Clash—the most fiery, revolutionary rock ​’n’ roll band of the era, seen in this film at the dizzying peak of their powers. Ray plays observer to The Clash’s legendary 1978 Rock Against Racism concert in London’s Victoria Park and of their studio recording of Give ​’Em Enough Rope. Set against a background of riots, racist and anti-racist demonstrations, and police hostility towards Black British youth, this unforgettable, absorbing film presents a portrait of a U.K. on the brink of Thatcherism, and a moment when subcultural shock troops met those of a rising right wing in the streets” (Metrograph Pictures). Rude Boy was notoriously disowned by The Clash. A Bigger Splash, Jack Hazan’s 1973 portrait of painter David Hockney, screened here in 2019.

“One of the great rock movies … Rude Boy is still as cool and galvanizing as it was at its 1980 Berlinale premiere.” Film at Lincoln Center

“One of the 20 best punk movies … Electrifying concert footage, low-key ​‘off-duty’ scenes with the ever-luminous Strummer, and glimpses of the sheer crapness of the U.K. in the late ​’70s.” Simon Reynolds, Pitchfork

“Perhaps the best punk film of the era … It captures the guerrilla energy of punk and the racial tension of the time.” Alan Morrison, Empire

Rude Boy is presented in conjunction with Wronger Wave, a series of events and exhibitions running parallel to UNIT/PITT’s Wrong Wave Festival in July 2022.