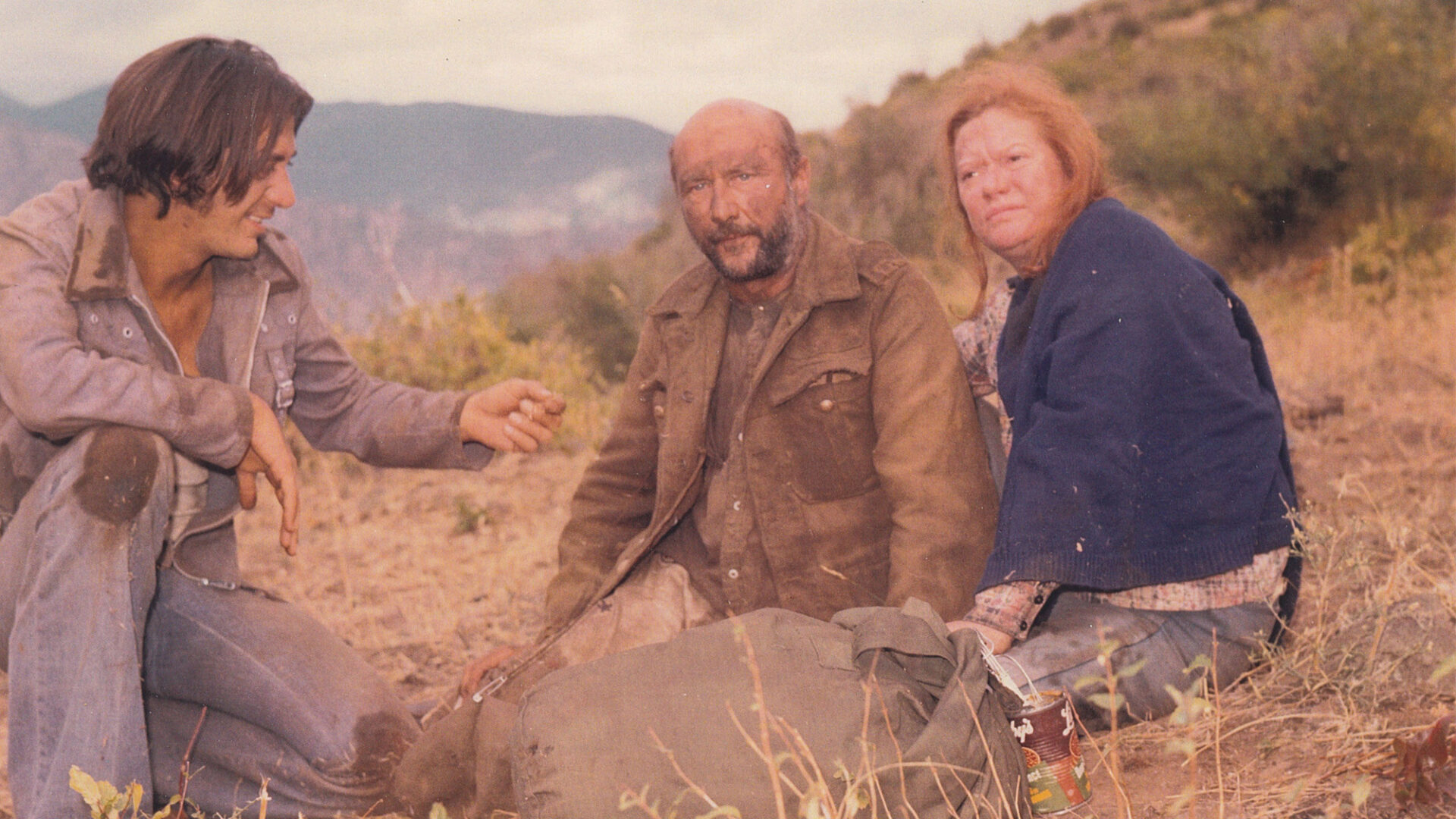 B.C. played B.C. (for a change) in this rollicking treasure-hunt comedy recently rescued from the wastebin of forgotten Canadiana. Halloween psychiatrist Donald Pleasence stars as Logan, a crotchety British prospector eking out a meager existence panning gold from the Fraser River. Enter New York hippie Mazella (Don Calfa), who recruits our cantankerous hero to help him sniff out the region’s legendarily long-lost mines—like the one Logan’s late father supposedly left a 300-pound cache of gold in! Veteran Canuck actress Kate Reid plays Logan’s chum, along for the ride and her cut of the booty. Chief Leonard George, of the Tsleil-Waututh Nation, appears. The featherweight farce, shot in the Fraser Canyon and directed by British-Canadian animator and Heavy Metal-helmer Gerald Potterton, bombed at the box office and fell into obscurity. Newly digitized and re-released, it’s ripe for reappraisal.

“A prize-worthy performance from British actor Donald Pleasence … He has made The Rainbow Boys a must-see film for anyone interested in acting at its finest.” Michael Walsh, The Province

Before he made The Rainbow Boys (or helped animate Yellow Submarine), Gerald Potterton directed this comic NFB short, which sends legendary screen comedian Buster Keaton (in one of his final roles) on a scenic, sight-gag-filled cross-Canada journey.

This two-minute vignette from the 1951 NFB newsreel Eye Witness No. 30 illustrates how, ninety years after the Cariboo Gold Rush, the precious metal is still being mined from ​“them thar hills” in and around Williams Creek.