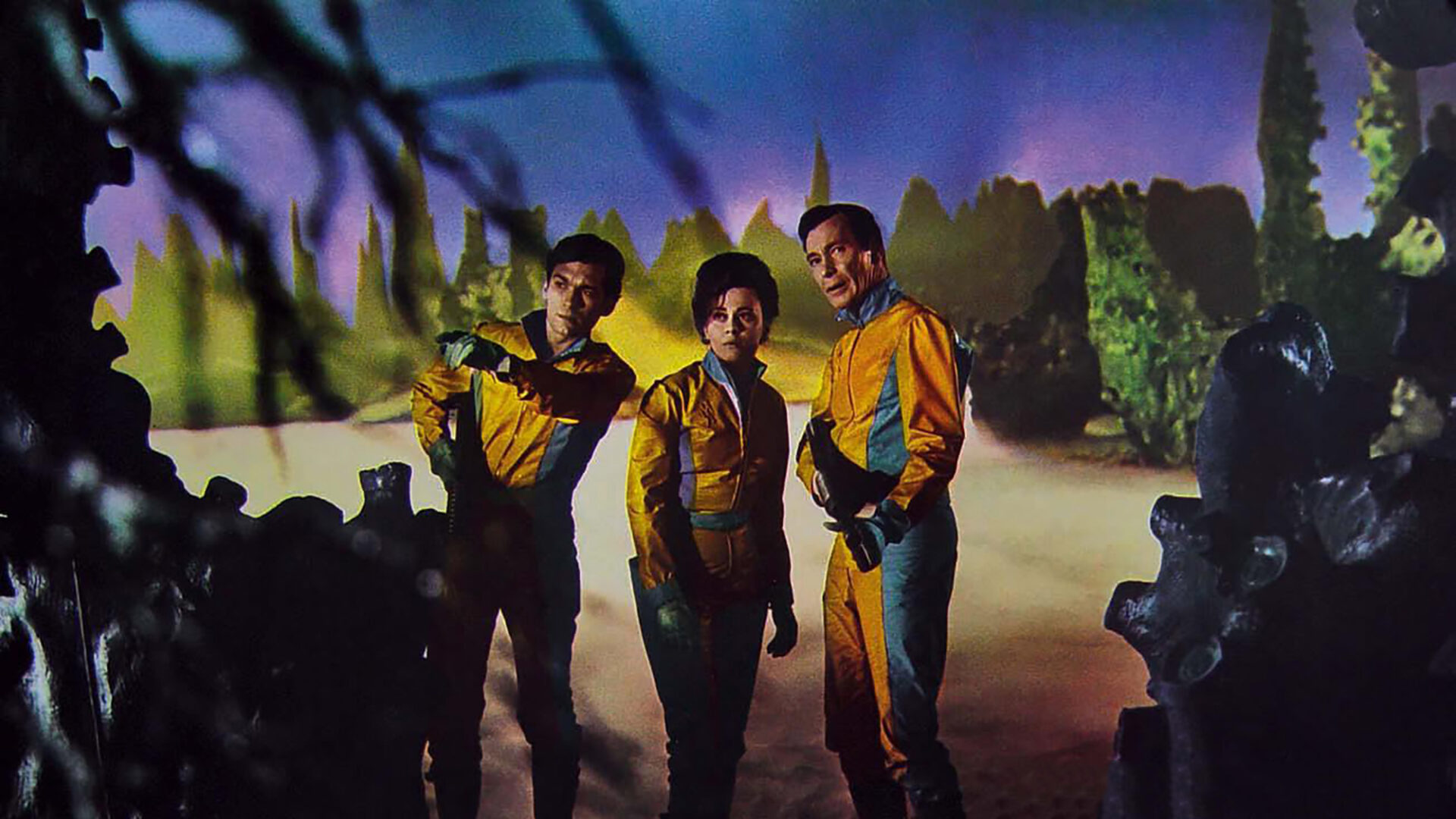 “This Flash Gordon-type story should keep the young on the edge of their seats.”

Film Club goes galactic this Halloween season with Mario Bava’s gloriously atmospheric space horror! Two international space crews, following a distress signal from an uncharted planet, enter a foreboding world where the threats of madness and alien invasion lurk amidst gorgeous matte-painting landscapes. Planet of the Vampires was released a year before any of Star Trek​’s excursions into desolation and danger, though Bava famously downplayed his achievement, saying he made the movie by rearranging ​“two plastic rocks left over from some mythological picture made at Cinecittà.” Expanding studio sets through editing tricks and camera choreography, the director displays a genuinely child-like eye for imaginative design. This is a film guided by the same impulses that compel us to create haunted displays and costumes by hand, or to artfully drip stage blood just so. To this mix, Bava adds swirling fog and monolith gravestones (not to mention a curiously compelling giant skeleton!). In English.

“Bava was a master craftsman, and he knew how to create a mood where every sound, every movement of the camera, and every object was weighted with mystery.” Martin Scorsese

“Bava is a genius … If you had to point to one movie that encapsulates the spirit of pulp science-fiction, this is it.” Joe Dante, director (Gremlins)

A movie matinée series for kids and their families.
Free popcorn and Film Club badge for junior cinephiles (ages 13 and under). Discounted ticket price too!