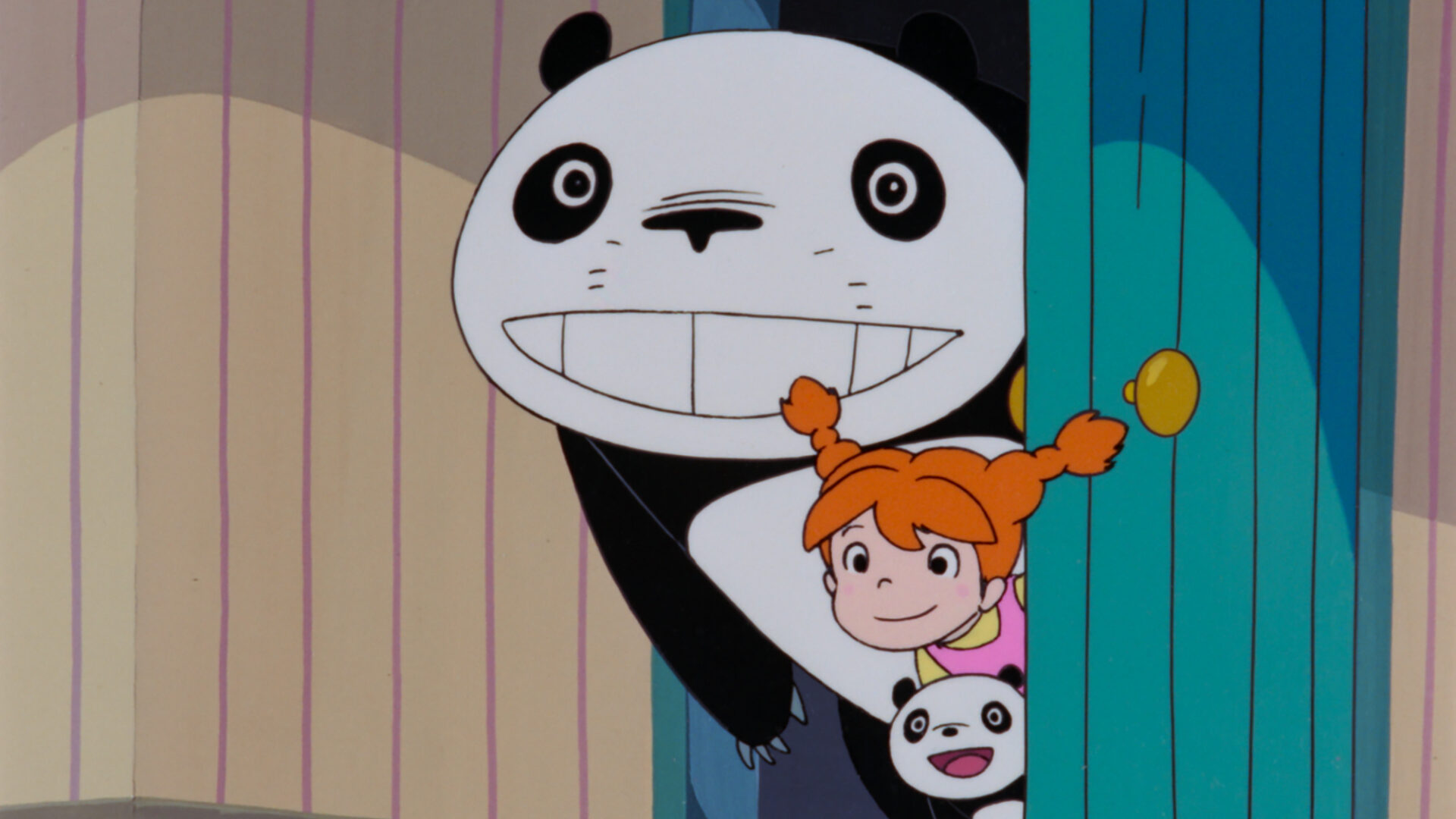 “Delightful … You don’t have to be a Ghibli-head to appreciate these lovely little films.”

The Cinematheque isn’t the only oldie turning 50 this year. Panda! Go Panda!, the whimsical anime short by future Studio Ghibli legends Takahata Isao and Miyazaki Hayao, also hits the big five-zero and cartwheels onto our screen in a brand-new birthday restoration! Mimiko, a confident, capable little redhead, is home alone while grandma is away. When two roly-poly pandas—baby Panny and his polite poppa, Papanda—turn up at her home, a jubilant Mimiko decides to make them her new family. Released during Japan’s panda craze of 1972 (set off by the arrival of giant pandas to Tokyo Zoo), Panda! delighted audiences, spawning a circus-set sequel the following year. Both super kawaii (cute) shorts come gift-wrapped together in this tot-friendly program. Totoro fans will notice some striking similarities between that film’s furry fantasy creatures and the puffed-up pandas here—no surprise, Miyazaki dreamed them all up! In English.

As a thanks to Film Club families on our 50th anniversary, junior cinephiles (13 and under) can attend Panda! Go Panda! for free. Film Club badge and complementary popcorn for kids too!