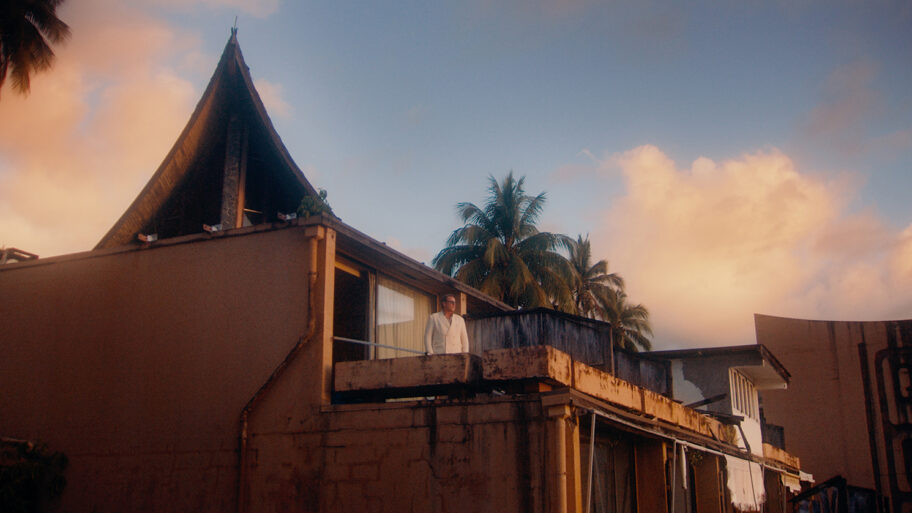 Catalan filmmaker Albert Serra, whose hyper-singular cinema is highly regarded if occasionally allergic to being actually enjoyed (see Liberté), has crafted his most ambitious and, dare we say, accessible work to date with Pacifiction, among the best films of 2022. Anchored by an extraordinary performance from Benoît Magimel, Serra’s spellbinding epic chronicles the efforts of a cunning High Commissioner to mitigate Indigenous unrest on a French Polynesian island. What starts out as an elliptical portrait of colonial exploitation (an ​“exotic” tourist nightclub is a recurring set piece) slowly, strangely morphs into a hallucinatory conspiracy thriller, as the arrival of French Marines sparks rumour that nuclear testing is afoot. ​“Serra’s gripping, atmospheric thriller is a slow-building fever dream that lulls before catching us by surprise with the depths of its darkness, a film that allows its incisive social commentary about the remnants of colonialism to surface through quiet observation and aesthetic audacity” (NYFF 2022). In French with English subtitles.

“The art film of the year … It’s one of the great experiences in cinema.”

“A nightmare that moves slowly and confidently … I was captivated by the film and its stealthy evocation of pure evil.”

“The atmosphere is chokingly sensual, the geopolitical implications are operatic, and the filmmaking is at once puckish and grand.”