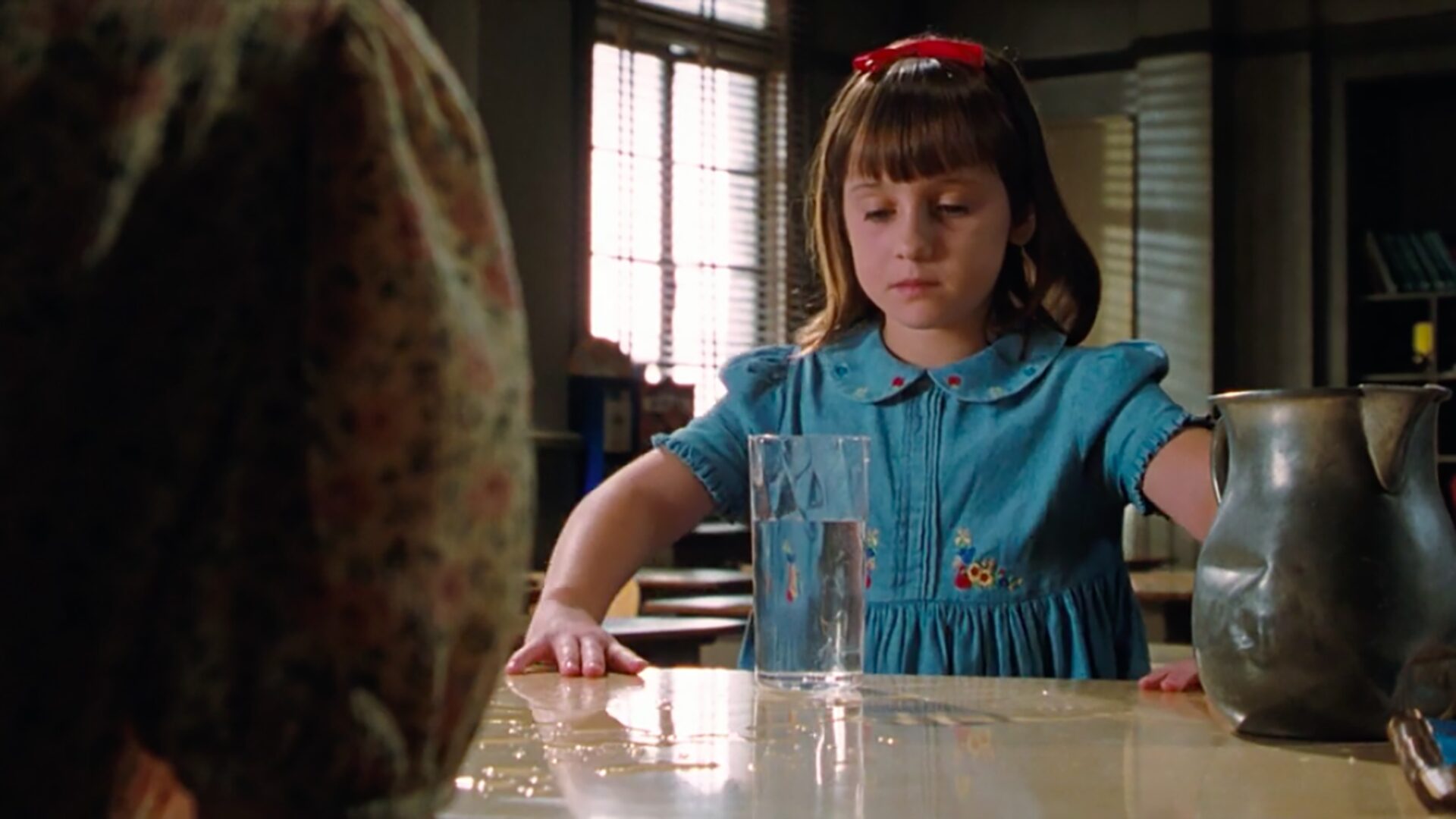 “A riot of colour and effects … [DeVito] arms his little protagonist (played by a poignantly sullen Mara Wilson) with an inner and outer strength that is lovely to behold.”

“A child knows, before it can speak, the difference between the ideas of sweet and bitter, as it knows afterwards (when it comes to speak) that wormwood and sugarplums are not the same thing,” wrote the philosopher John Locke in his Essay Concerning Human Understanding. Enter Matilda Wormwood (Mara Wilson), the besieged (and telepathically gifted) six-year-old protagonist of this honey-sweet and wickedly bitter adaptation of Roald Dahl’s classic book about the joys and indignities of pursuing an education. Danny DeVito, at the peak of his brief directing career, plays both the sensitive narrator and Matilda’s crooked car-salesman father, while cinematographer Stefan Czapsky (Edward Scissorhands), his camera in perpetual motion, brings Matilda’s Dickensian imagination into sharp and satirical focus. To be sure, Matilda​’s vision of life is supernaturally heightened, but its concerns are close to any child’s heart: how to find the freedom of self-determination in a world built to preserve the power of adults.

“Pam Ferris’s Miss Trunchbull is surely one of the great villains of children’s film … She ranks with the witch in The Wizard of Oz or the child-catcher in Chitty Chitty Bang Bang for sheer terror-provoking presence.” – Vicky Allan, Sight and Sound

A movie matinée series for kids and their families.
Free popcorn and Film Club badge for junior cinephiles (ages 13 and under). Discounted ticket price too!