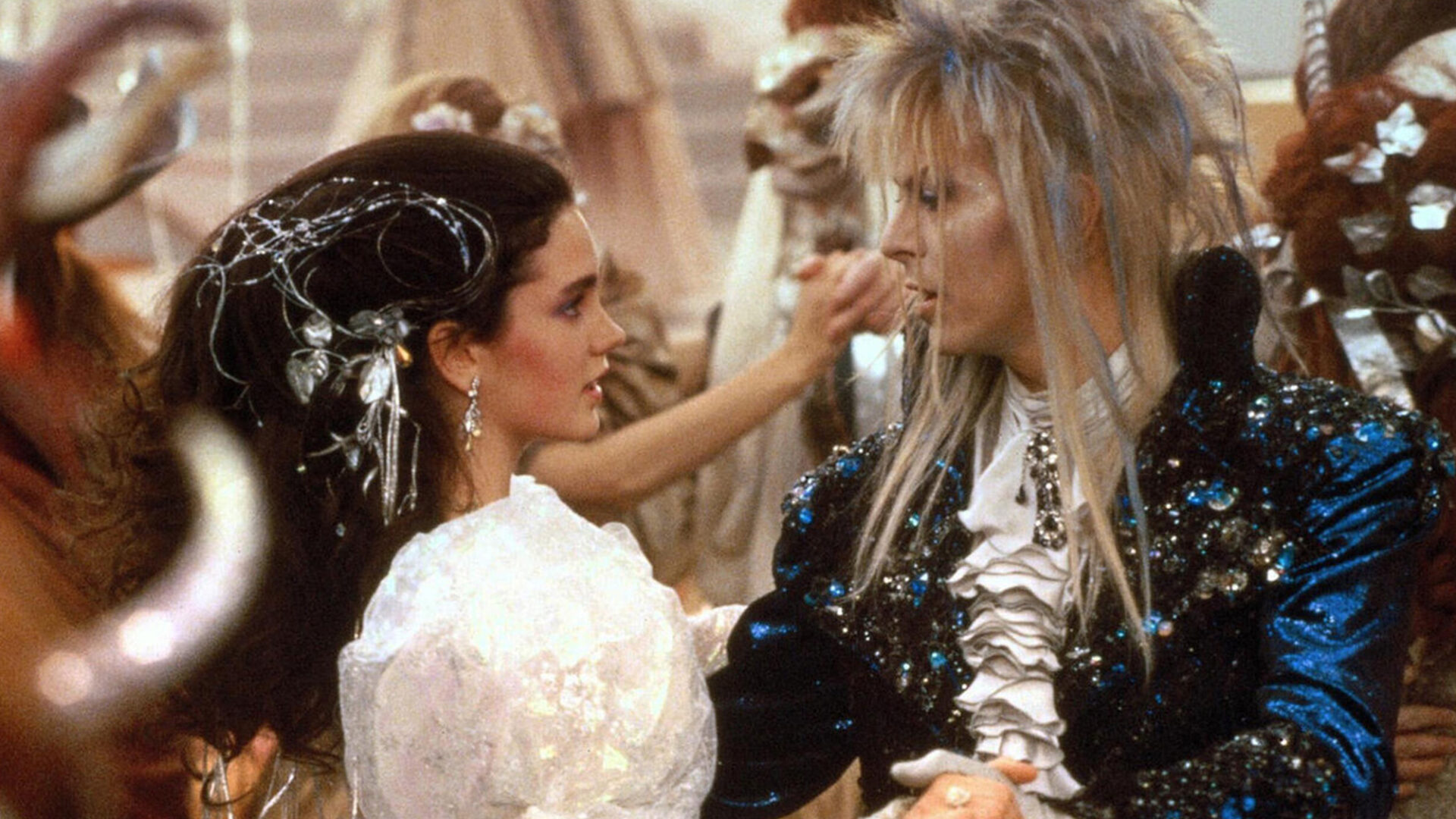 “Fabulous … A remarkable achievement … [Labyrinth] expands the possibilities of imaginative fantasy that can be transferred to the screen.”

Who has the power of voodoo? You do! On the heels of Film Club’s June gemstone The Dark Crystal comes another of Jim Henson’s most iconic creations. This whimsical fable full of fantastically strange creatures—David Bowie very much included—stars Jennifer Connelly as Sarah, a bratty teenager whose fairy-tale fancies become nightmares when, forced to babysit her annoying step-brother Toby, she wishes him away to the underworld of the Goblin King (Bowie). To save the babe, Sarah must find her way through a dangerous, shifting, Escher-inspired labyrinth in just 13 hours, or Toby will be transformed into a goblin forever! The creepy goblin underworld and its eerie puppet inhabitants were developed by Henson with illustrator Brian Froud (The Dark Crystal); Monty Python’s Terry Jones contributed to the story. The film’s cult status owes as much to its killer soundtrack (by Trevor Jones and David Bowie) as to its wonderfully weird worldbuilding.

Free popcorn and Film Club badge for junior cinephiles (ages 13 and under). Discounted ticket price too!

“[A] fabulous fantasy from the godfather of modern puppetry.”

“Gloriously weird … The strange little tale of Labyrinth is such an enduring favourite.”