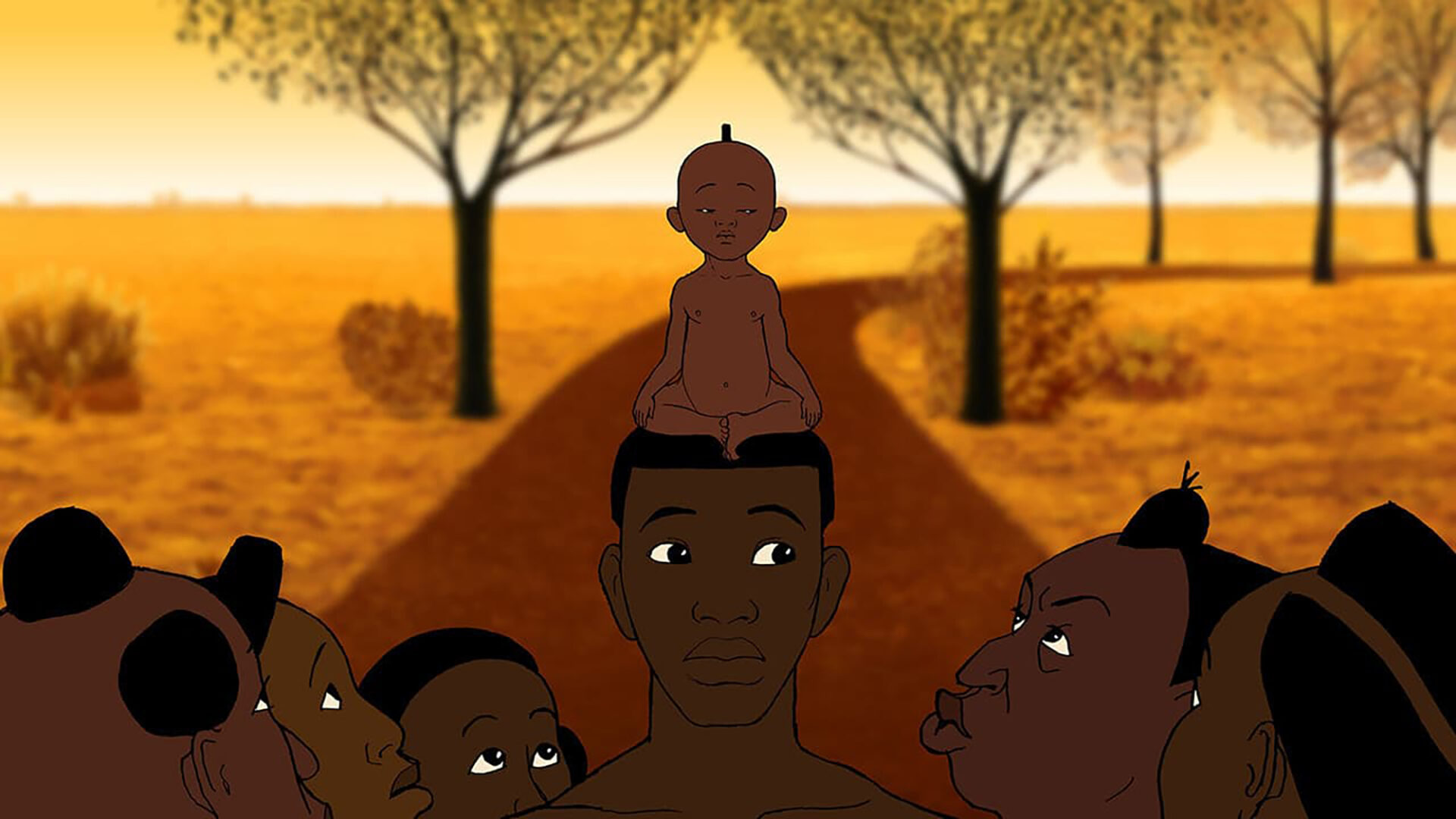 “An enchanting, life-affirming animation of love and redemption.”

“Kirikou is small in size but he’s very wise!” Drawing on West African folklore and set to the music of Senegalese superstar Youssou N’Dour, this animated wonder from French writer-director Michel Ocelot tells the magical tale of a preternaturally gifted infant. In a West African village being tyrannized by an evil sorceress, a child is born. And not just any child. Baby Kirikou can already walk and talk (!)—not to mention see injustice in the treatment of his people. In a string of spirited adventures, our pint-sized hero uses his miniature stature—and maximal brainpower—to undo the harm done by the corrupted enchantress. The European co-production, with voices and music recorded in Africa, spawned two sequels, a stage musical, and even a video game. It remains obscure in North America thanks to fuss over its cartoon (and non-sexualized) nudity, which stymied a wider release for the enchanting, entirely kid-friendly film. In English.

“A film that dignifies—not Disneyfies—the sub-Saharan cultures that spawned [its] story … A welcome antidote to anodyne Hollywood cartooning.”

“This gorgeous tale works on so many levels … One of the most enchanting animated features in quite some time.”