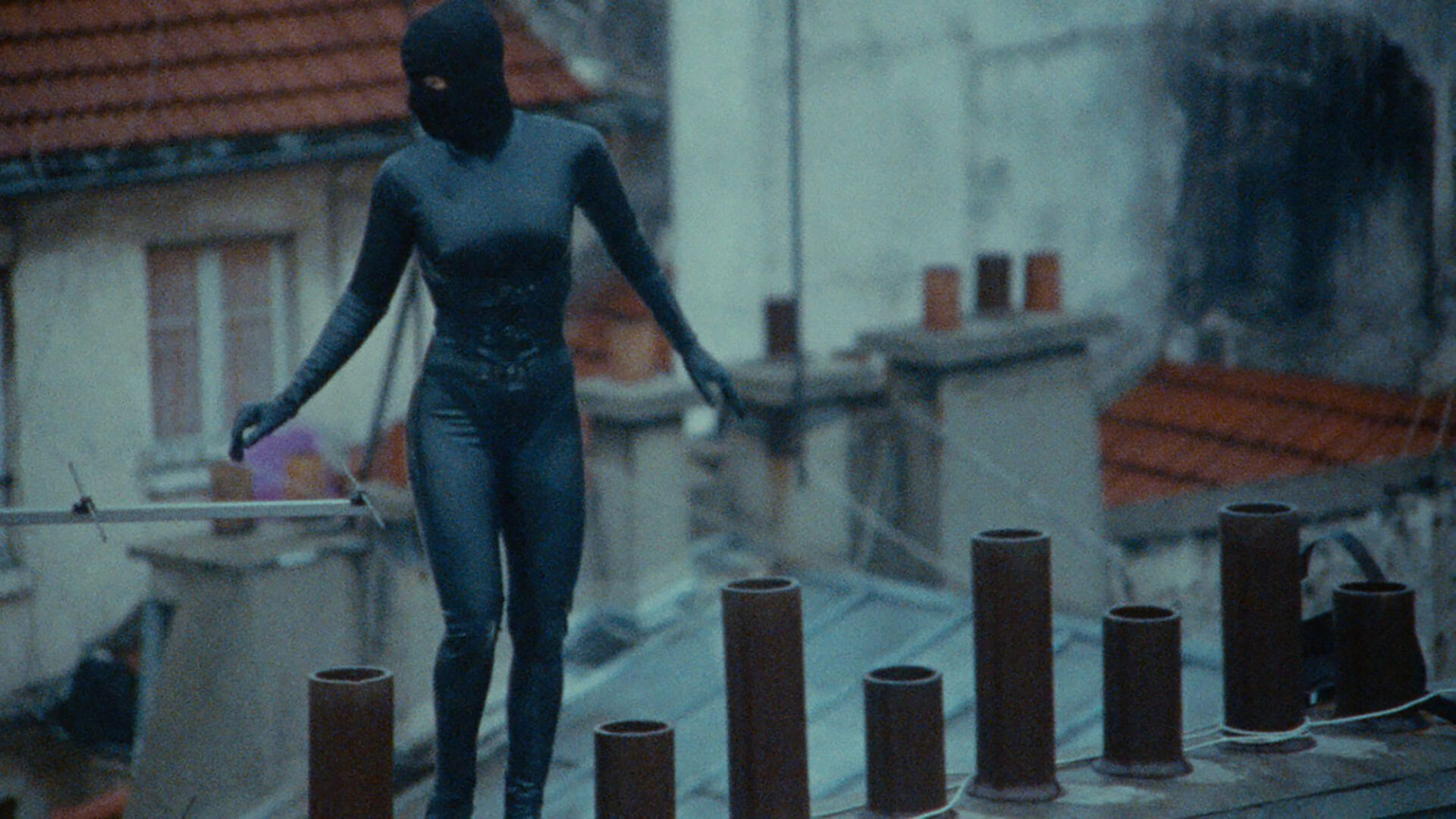 “For my money, Assayas’s masterpiece … A brilliant behind-the-scenes comedy that pays tribute to France’s cinematic history while pondering its impasse.”

Olivier Assayas (Personal Shopper, Clouds of Sils Maria) followed the storied Cahiers du cinéma-critic-to-cineaste career path of his celebrated forebears Godard, Truffaut, and Rivette. In this quicksilver comedy, his international breakthrough, Assayas lovingly lampoons the pretensions and pratfalls of making movies, takes satirical shots at the contemporary state of French cinema, and pays fond tribute to Truffaut’s own valentine to filmmaking Day for Night. Truffaut icon Jean-Pierre Léaud plays René Vidal, a has-been auteur directing a remake of Louis Feuillade’s Les vampires—a role Assayas, in a manner of speaking, reprised this past summer in his own remake of Irma Vep, this time as a ​“prestige TV” miniseries. But the enduring legacy of Assayas’s original is inextricable from its star, Maggie Cheung, playing herself. As Vidal explains, exulting over a laserdisc of To’s Heroic Trio, ​“This is why. This is the reason. Nobody else can do it!”

“Richly hybrid, Irma Vep opposes decadent French auteurism with insouciant Hong Kong pop, pits Gallic play against Hollywood materialism, and juxtaposes the urge to recycle the movie past with the desire to represent the moment.”

“There are many movies about the power and allure of movies, but there are few as dreamily, urgently poetic as Assayas’s Irma Vep.”