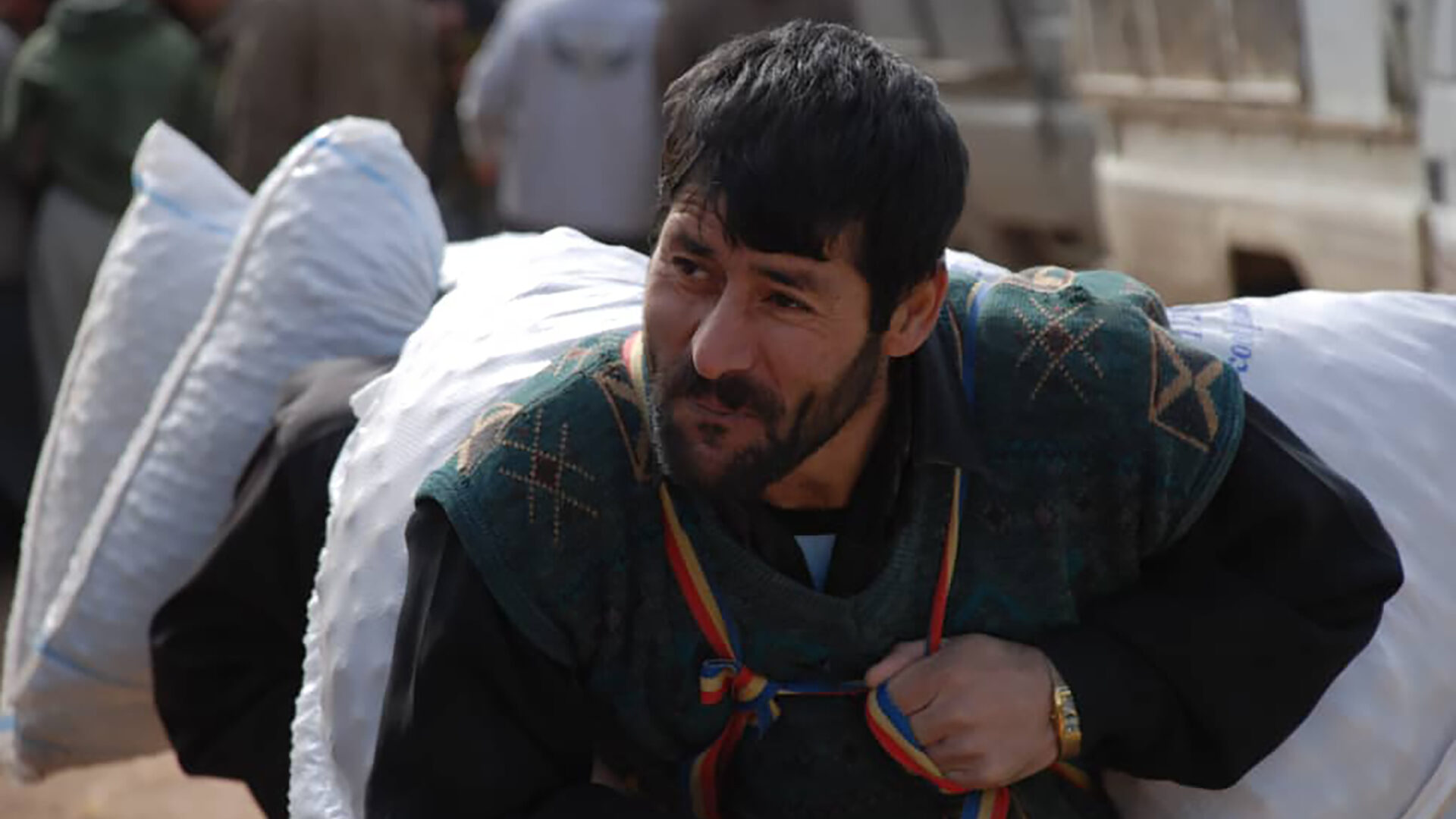 A kolbar’s labour is risky and, in many cases, illegal. For the thousands of workers who perform this role—the cross-border transport of goods through treacherous mountain passages—it is a last resort. Already marginalized in Iran due to their ethnicity, Kurdish people embark upon these routes with full knowledge they might die, either by the hands of border police or the merciless ways of nature. Rahim Zabihi’s documentary, selected at IDFA in Amsterdam and Hot Docs in Toronto, unsparingly portrays the lives of these people. Previously the fictional subject of Bahman Ghobadi’s Cannes prize-winning A Time for Drunken Horses (2000), the kolbars in this film experience, as Zabihi himself did, both physical and political danger. Monitored by Iran’s intelligence agency, the director was arrested and jailed in 2018. Two days after his release, he and his brother Kavyan were found dead in a burned car. Holy Bread was completed in his memory. In Kurdish with English subtitles.