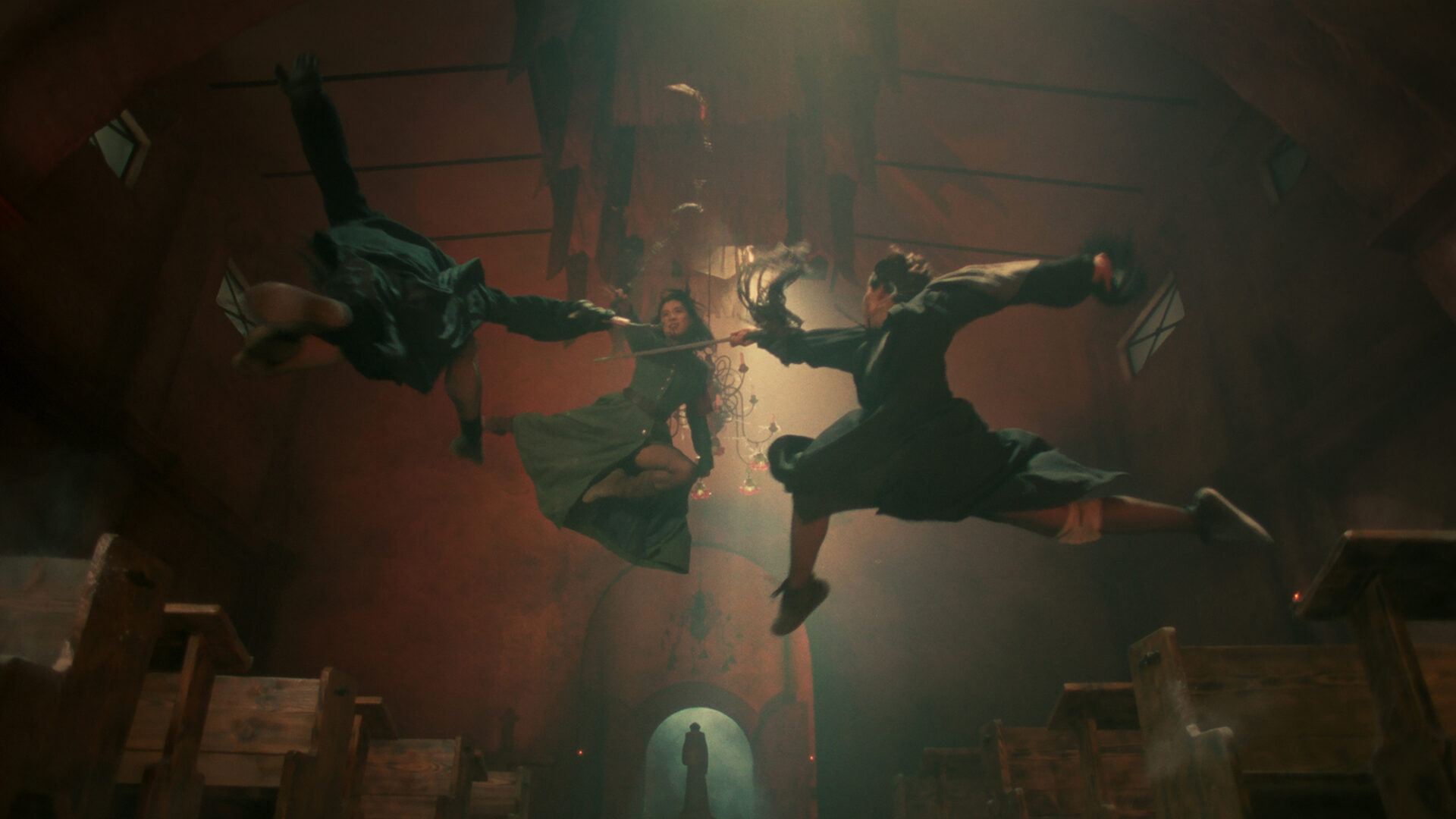 “Ching’s comic-book sensibility links him to Tim Burton and Sam Raimi, but he takes it much further … The extravagance is shaded, nuanced: wonder and the sinister go hand-in-hand, or hand-on-throat.”

Though it owes its existence to a cost-saving measure (shooting two films under one budget), this sequel to The Heroic Trio is no less ambitious or inventive. If mainland China was a fantastical threat in the first film, here the danger is much clearer. After opening with nothing less than an atomic bomb detonation(!), Executioners, equal parts social allegory and exploitation film, posits a future where a police state rules and assassination attempts on the outspoken run rampant. Kaneshiro Takeshi (Chungking Express), in his first-ever film role, plays a protest-leading spiritual leader, while each of the Trio are given life-or-death missions: a prison break, a presidential double, and an under-the-radar search for a desperately needed water source. Ching Siu-Tung (action coordinator for John Woo’s The Killer), a Hong Kong auteur in his own right, supplies the shocking, merciless action.

“A visually overwhelming example of [retro-futurist] cinematography … Vividly depicts a country in crisis.”

“Thematically more complex [than The Heroic Trio] … What returns [is] the wild action, the stylish B‑movie sensibilities, and the willingness of the filmmakers to push [their] audience as far as possible.”