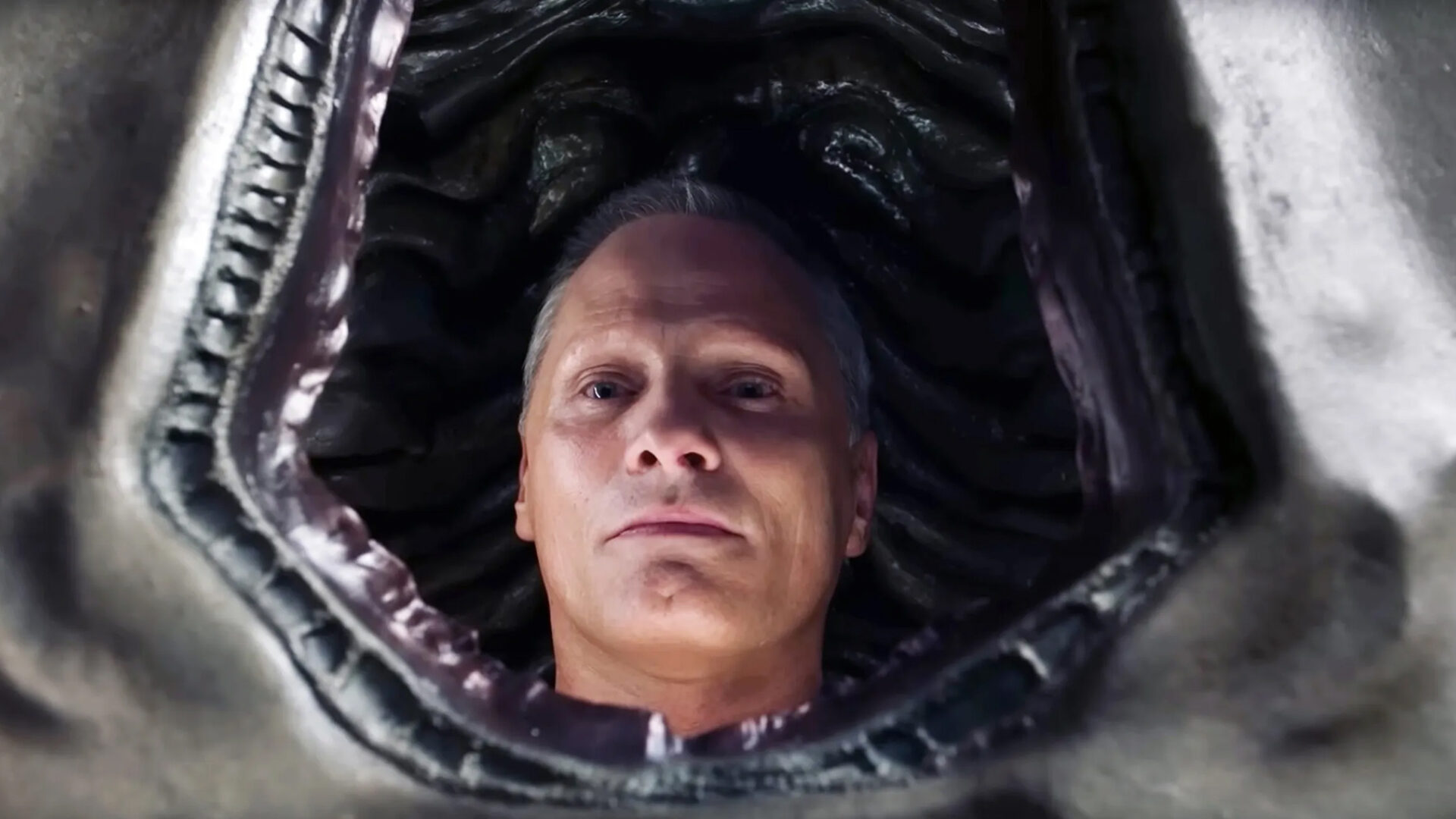 “A stunning film … Both hallucinatory and intensely real … A new direction for Cronenberg, even as it is possibly his magnum opus.”

Cronenberg’s astounding return from a near-decade hiatus is one to chew over, a horror film of noirish recurrences and confounding inventions. The great Canadian director has often been described as a filmmaker of ​“the moment,” but Crimes of the Future thrillingly lays bare the uncertainty at the heart of any artistic age, whether one as distant to us as outer space or so close we imagine we can grasp it. Saul Tenser (Viggo Mortensen) and Caprice (Léa Seydoux), performance artists who stage avant-garde surgeries, are at the pinnacle of an isolated future artworld. Searching for a breakthrough, they wonder if their work is built to be preserved, surpassed, or debased by poor imitation. Cronenberg doesn’t treat his own art so gingerly, and in the process finds an ultimate marriage between the supposed closed systems of bodies and the open system of audiovisual re-creation that drives his body of work.

“Crimes forcefully [renews] a question that Cronenberg has arguably never abandoned, but which has only become more insistent in this, his late period … What does it mean to imagine—to image—the future?” Lawrence Garcia, Cinema Scope

“Crimes of the Future is marked by an air of quiet fatalism, yet a very different sensibility emerges as well … It’s a startlingly romantic film.” Beatrice Loayza, The Nation

This free screening of Crimes of the Future is presented as part of​“Cinema Thinks the World,” a partnership project between UBC and The Cinematheque. After the film, there will be a short reception followed by a one-hour panel talk with audience discussion.

Chelsea Birks is The Cinematheque’s Learning & Outreach director and a sessional lecturer in Film Studies, Department of Theatre and Film, at the University of British Columbia. She is the author of Limit Cinema: Transgression and the Nonhuman in Contemporary Global Film (Bloomsbury, 2021).

William Brown is a filmmaker and an assistant professor in Film Studies, Department of Theatre and Film, at the University of British Columbia. He is the author of numerous books, including the forthcoming monograph Navigating from the White Anthropocene to the Black Chthulucene (Zer0 Books).

Christine Evans is an assistant professor of teaching in Film Studies, Department of Theatre and Film, at the University of British Columbia. She is currently working on a book entitled Slavoj Žižek and Film: A Cinematic Ontology (Bloomsbury, forthcoming).

Lawrence Garcia is a film critic with bylines in Cinema Scope, Film Comment, MUBI's Notebook, Cineaste, and The A.V. Club. He is currently pursuing a Master’s in Cinema and Media Studies at York University.

Due to unforeseen circumstances, Ernest Mathijs is no longer able to participate on this panel.